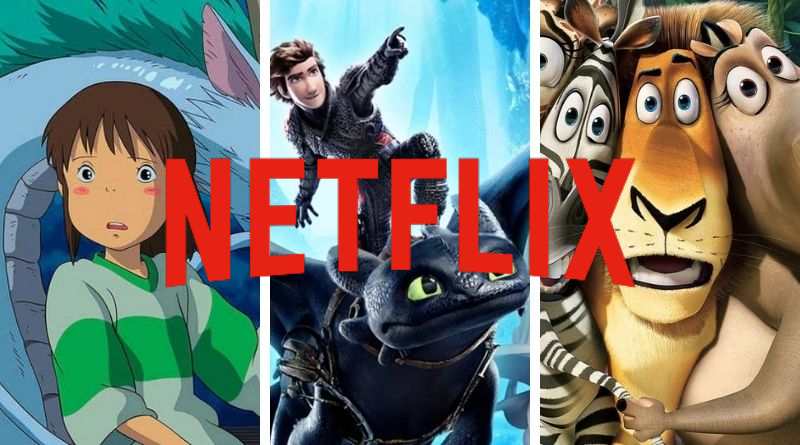 Netflix is ​​home to some of the best 2021 movies and series, news and loads of classics for all viewers, from adult content – historical films, thrillers or black films – to content for the little ones.

Animation, adventure, and fantasy, these are some of the best children’s films that can be found on Netflix.

If you are looking for the best movies for the kids in the house, you can find a wide variety of films on Netflix, whether they are animation, adventure, or fantasy that they are sure to have fun with. These are the ones we recommend:

– “The Mitchells against the machines”: Considered one of the best animated films on Netflix by users and critics alike. Follow the adventures of the Mitchells, a family exposed to a veritable machine rebellion on the streets that threatens to destroy humanity.

– “Jumanji: Welcome to the Jungle”: The sequel to “Jumanji” is a very funny movie, perfect for the whole family. This time around, it’s a video game that takes in its players who must pass all the tests to save their lives.

– «Jumanji»: For fans of nostalgia, Netflix also has the original “Jumanji” with a memorable Robin Williams locked up on the game’s cursed board. A very entertaining and fun film ideal for the little ones at home.

– “Spider-Man: A New Universe”: Oscar-winning animated film that shows us one of the best visions in the Marvel multiverse. Miles Morales, the new Spider-Man, finds himself in the middle of a collision between all realities.

– “Space Jam”: A classic of 90s cinema that mixes real characters with animation. Some aliens want to conquer the earth and stick with it when the well-known Looney Toones characters lose a basketball game against them. Fortunately, they had Michael Jordan on the earth side.

– “My Neighbor Totoro”: This classic of Japanese animation will delight the little ones in the house, but also the adults. It’s a film that has shaped several generations and deserves to be shared with the little ones. Two sisters who live with their father will discover Totoro, a magical being who lives in the forest, blows the wind and rides the Catbus.

– “The Neverending Story”: Based on the novel of the same name by Michael Ende, it is a classic. The story of Bastian and Atreyu is another film of this generation that shows how powerful the imagination can be.

– «Matilda»: Also based on a children’s novel, this time by Roald Dahl, it tells the childhood of Matilda, a girl with telekinetic skills who wants to escape from her house to help others.

– “The Curse of the Witches”: Another classic ’80s film based on another Roald Dahl novel. The following is the story of a seven year old boy who, with the help of his grandmother, found witches in real life. He will try to end his plans to eliminate all children from the earth.

– “How to Train Your Dragon”: Already an animation classic, How to Train Your Dragon is a great option for the little ones. Set in a world of Vikings and dragons, the story follows the adventures of Hiccup, a boy who finds a dragon he will love despite the rivalry between his two races. If you like it, you can also find all of the saga’s films on Netflix.