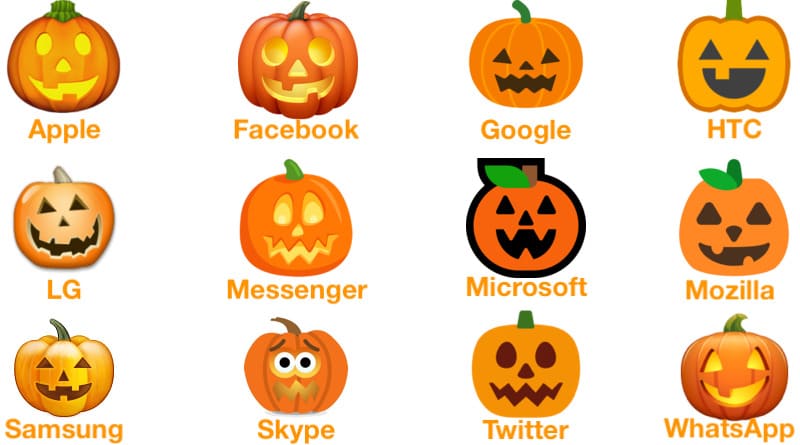 In the week of Halloween many will take advantage of their messages on social networks and instant messaging platforms to live this holiday and fortunately there is a varied catalog of emojis that allow you to add that touch as fun as terrifying that bring the graphic representations of the most characteristic elements of the Night of the Dead.

Almost every online platform has its own custom designs for emojis

In all likelihood the pumpkin emoji is the most representative of Halloween, being associated with a well-known character in Irish folklore, Jack O’Lantern (Jack the Lantern) in reference to a popular character related to fireworks (hence the tradition of turning the pumpkin into a lantern) that would have fooled the devil.

But since Halloween (All Hallow Evening, the Eve of All Saints’ Day) is traditionally associated with All Souls’ Day, and from there with death and the supernaturalThere are multiple elements associated with the tenebrous that are linked to this celebration of pagan origin that would be transformed by the Christian religion and, in recent times, perhaps strongly influenced in popular culture by American cinema (horror and non-horror), which has universally popularized the custom of children (and not so children) dressing up as terrifying characters or from beyond the grave and going around the neighborhood trying to emulate those Jack O’Lantern’s deals with the devil asking for candy in the houses with the well-known “trick or treat”.

Hence witches, vampires, ghosts, werewolves, werewolves, walking dead, walking skeletons and other fauna will populate during the next few nights some streets and also some messages on the Internet, for which it will be of great help to have the multiple emojis that collect these characters, many of them from popular legendsfrom traditional literature or from the most modern films and television series.

For the past few years the most used emojis during the season around Halloween are:

However, with some imagination and contextualizing them appropriately, there are others emojis that would not initially seem Halloween-related but which can be employed in a more than timely manner:

-the smiley that pays homage to Edvard Munch’s “The Scream” 😱

-the castle (haunted or not) 🏰

-the chains (best next to the ghost emoji 👻) ⛓️

By a skilful combination of any one of them may be achieved a communication completely set in Halloween. It is worth remembering that the various social networks and messaging tools (even operating systems and platforms of all kinds) have custom and different layouts for emojis, so that although they all look alike, there is an interesting variety of reinterpretations and variants on the same element. Finally, and for those who are thinking about using this language full of emoticons in professional communications, it is worth remembering some rules for the use of emojis at work.