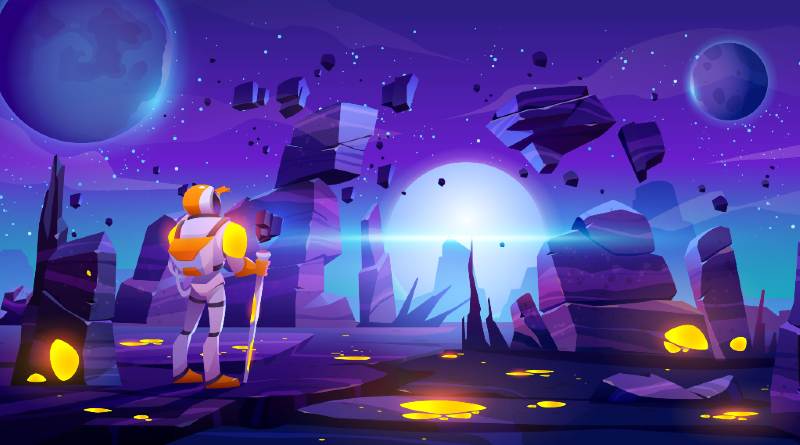 Streaming platforms like Netflix, HBO, and Amazon Prime Video have very extensive catalogs for all kinds of genres, among other things, so movie lovers can find memorable classics, romantic films, comedies, and fast-paced action films from the comfort of your home sofa.

For science fiction lovers, Amazon Prime Video, HBO and Netflix have some great films of the genre to enjoy an afternoon with a blanket and sofa.

Of all the genres available, science fiction is one of the most popular and beloved of all as it captivates the viewer future worlds and cruel dystopias in which incredible technologies such as time or space travel are shown. Fortunately, the major streaming entertainment platforms have some mythical titles that will delight most geeks.

– “The Chronocrime” (Amazon Prime Video): A somewhat unusual science fiction film. It is Nacho Vigalondo’s first feature film and its central axis is time travel. As we said before, this is an atypical film as the trip was barely an hour ago. However, as expected, this trip will have serious consequences.

– “I am a mother” (Netflix): In-house production, it’s a thriller about a girl who remains in the care of a robotic unit responsible for caring for a number of human embryos destined to repopulate the earth. The girl’s quiet life is interrupted when an injured woman appears at the base.

– «energy project» (Netflix): A drug gives whoever takes it special powers, but only for five minutes. The problem is that it is not possible to know what strength will be acquired until it is tested. This power can resist bullets, fly, have superpower, or create fire.

– «Interstelar» (Amazon Prime Video, Netflix, HBO): The great science fiction milestone of recent times. Directed by Christopher Nolan, we put ourselves in the shoes of a group of astronauts who must learn how to use a wormhole to overcome the limits of space travel and thereby enable humanity to leave the dying earth.

– “Seven Sisters” (Amazon Prime Video): Futuristic dystopia where overpopulation of the world has caused famine that has forced world governments to implement one-child policies. Seven sisters fight for survival in this world and pose as one person. If one of them disappears, the others have to look for it.

-“Matrix” (HBO): This cult work by the Wachowski sisters tells an alternate reality in which the world we perceive is nothing more than a computer simulation. In reality, humans are a slave to machines that use their energy to feed themselves. However, a group of people are “awakened” and are dedicated to the search for the “chosen one” who is destined to liberate humanity.

– “Ready Player One”(Amazon Prime Video, HBO): In 2044, many young people like to isolate themselves in Oasis, a virtual world. When the creator of Oasis dies and offers all his fortune to whoever manages to overcome a treasure hunt through his virtual world, Wade Watts will meet other competitors and powerful enemies to win the prize.

-“Origin” (Amazon Prime Video, HBO, and Netflix): Dom Cobb is a skilled thief who steals secrets from people’s subconscious while they sleep. This ability makes him a sought-after man in the corporate underworld, but also one of the most wanted men on the planet. However, with one last job, Cobb has a chance to pay off.

-“The hole” (Netflix): One of the breakthrough films of 2019, The Pit is a mysterious prison with an unknown number of descending levels. Two inmates must coexist on each level, and a platform descends every day with food for all levels. A fierce struggle for survival breaks out every day, but there is also the possibility of showing solidarity.

– “Terminals 1 and 2” (Amazon Prime Video): The James Cameron saga tells the adventures of Sarah Connor and her son John Connor, who in the future will lead the resistance against the machines and try to escape the attack of the Terminators, one of which is the artificial intelligence of Skynnet sends the future to end.

-“War of stars” (Disney +): On the Disney platform, enjoy the three full trilogies that will help you know the facts that led Anakin Skywalker to fall into the dark side, as well as the rebel fight against the Empire and against that Empire the terrible first order.