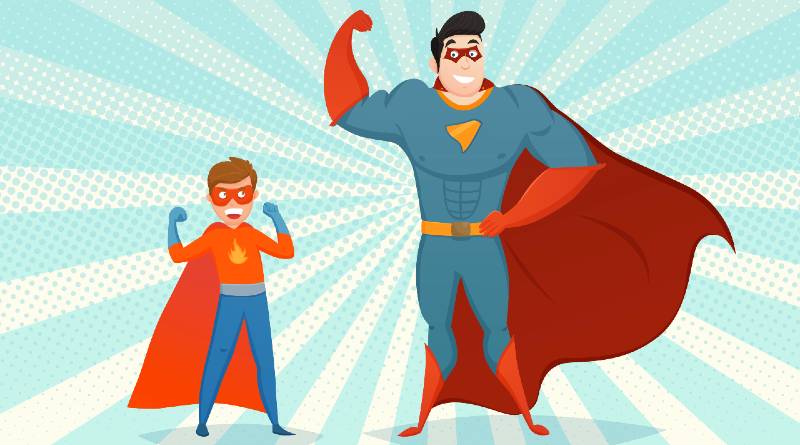 Various adaptations of superhero comics have recently filled the screens of movie theaters and televisions. Thanks in large part to the resurgence of Marvel and DC With the new universes created by production companies like Warner and Disney – who have their own content platform with their best films – super people are in vogue.

These are some of the best superhero series and films to watch on major streaming platforms.

Nowadays it is possible to enjoy their stories on the major streaming platforms, not only on Disney +, but also on Amazon Prime Video, Netflix and the others. For fans of superhero movies and series, these are some of the best to watch today:

– «Guardian» (HBO): Another superhero series adapted from one of the most critically acclaimed comics by Alan Moore. It is about masked, vengeful and all-powerful investigators who are seen with all kinds of characters, from outlaws to supremacists to scientists with ambiguous intentions.

– “Avengers: Infinity War and Endgame” (Disney +): The two films that conclude the phase of the Marvel Universe. In them, the Avengers (and many other Marvel heroes) must team up to prevent the Titan Thanos from destroying half the universe. Action, painful endings, and some memorable scenes that paved the way for many of the series and films in Marvel’s new series.

– “Doom Patrol” (HBO): Regarded by critics as “DC Universe’s Best Original Series,” featuring some of the editor’s most curious characters. A strange story with references to popular culture and complex characters, far removed from the ordinary superhero.

– “Scarlet Witch and Vision” (Disney +): One of the best series of so far in 2021. Although it initially seemed like a parody of sitcoms from the 50s and 60s, the series has become more complex as the viewer delves into its facts and discovers what lies behind the idyllic world from hides Wanda.

– Justice League, Snyder’s Cut (HBO): Batman is much darker and more mature than the version that originally hit theaters. Together with Wonder Woman, Batman forms a team of superheroes to protect the earth from the cosmic threat posed by Darkseid and his minions. However, each member of the Justice League must fight their own demons.

– “The Umbrella Academy” (Netflix): Based on a comic of the same name, the story revolves around a group of boys who were raised to be superheroes by the philanthropist Sir Reginald Hargreeves. When the boys gather again to celebrate Hargreeves’ funeral, old grudges and resentments re-emerge that they must overcome in order to save the world from the apocalypse.

– “Spider-Man: A New Universe” (Netflix): As he continues to fight his own demons and tries to resolve his parents’ deaths, Spider-Man faces a new threat. a group of thugs and villains who have teamed up to destroy it.

– “Invincible” (Amazon Prime Video): Mark is an ordinary 17-year-old boy if he weren’t the son of Omniman, the most powerful being on the planet. One day something happens that he has been waiting for all his life, his powers awaken and he can start training with his father to become a superhero too, although he has to face many dangers and very difficult decisions.

– «The Blitz» (HBO y Movistar +): Barry Allen, a scientist, is struck by lightning and falls into a coma. When he wakes up months after the incident, he discovers that he can move at top speed and becomes a superhero: The Flash. However, Allen is not the only one who gained powers during the strange storm, and not all superman use his gifts forever.

– «The boys» (Amazon Prime Video): The boys show the dark side of the superhero. In the series, the heroes are self-centered and idolized characters who live outside of the law and human norms. After an incident, however, a group of guards will begin to take revenge on the “supers”. A funny, badass and hooligan series with large doses of violence and laughter.