What do you imagine when I say the word chocolate? One of the richest delicacies there is. But what I’m going to refer to is not edible. Various natural phenomena are common around the world and attract our attention. The Chocolate Hills are one of them and represent a major tourist attraction for Bohol Province in the Philippines. 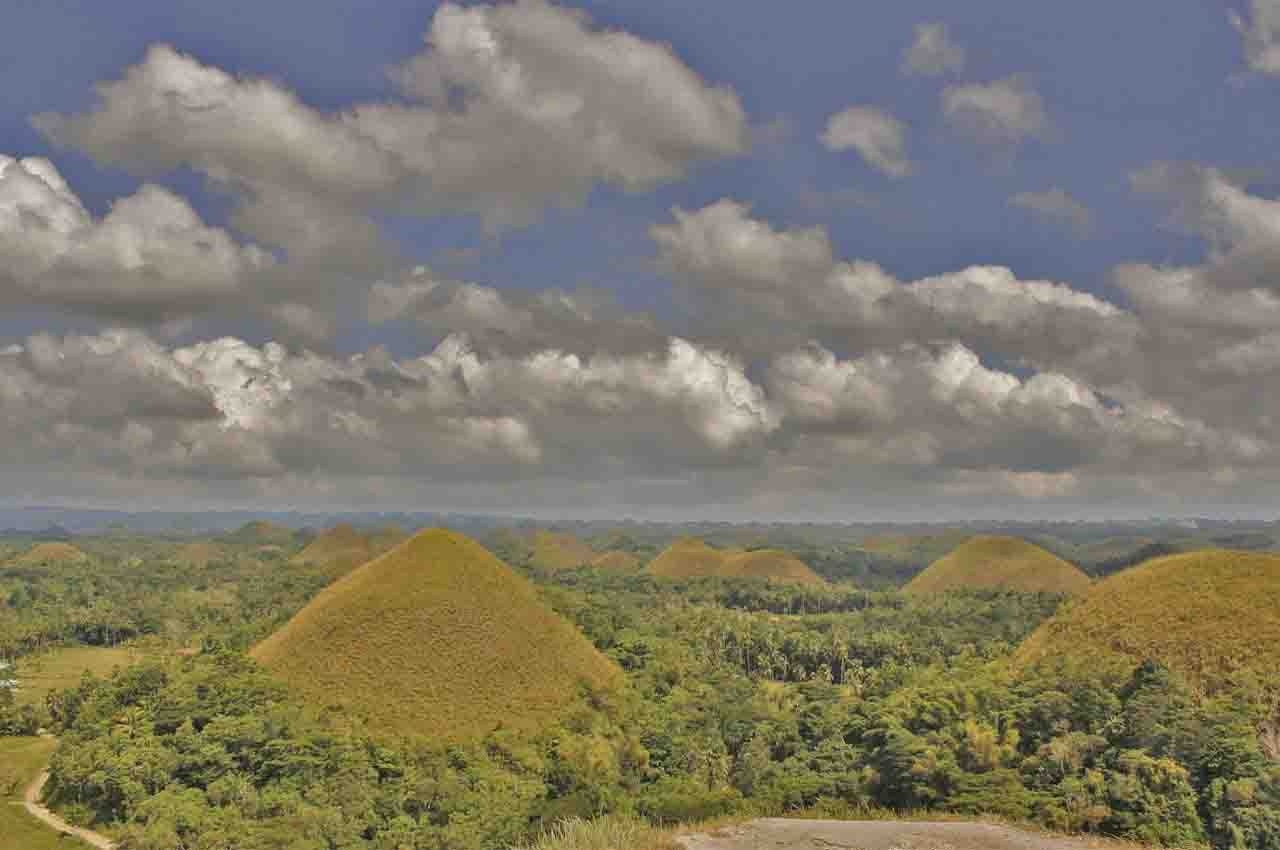 They are so named because they are covered with a blanket of green grass that turns a chocolate brown color between May and December. Around 1265 hills are located on 50 square kilometers. There are hills that occupy the center of the island, which is named after the province of Bohol.

Get to know the Chocolate Hills better

The hills are pointed, their height varies between 30 and 120 meters and is surrounded by wide plains. When you visit them you will find many caves and also different springs. Because of their shape and distribution, they are similar to those found in other places like Slovenia, Cuba, Croatia, and Puerto Rico. But all are made of calcareous rock.

They are very important to the province’s economy because they attract a lot of tourists. So much so that his image appears in the center of the Bohol provincial flag. In addition, they have been proposed as a World Heritage Site and are also Bohol’s third national geological monument.

Its origin has several possibilities

One version says that it is a geological formation that has formed on the sea floor. Formed with the accumulation of coral and mollusc debris. During the Pliocene, about 5 million years ago, tectonic movements broke and lifted the calcareous rock above sea level. Rainwater, erosion and wind completed the job and formed the Chocolate Hills.

The other training options are other legends told by Filipinos. The story goes of a giant named Arogo who cried for a long time without stopping because his beloved Aloya died. The hills are Arogos tears. 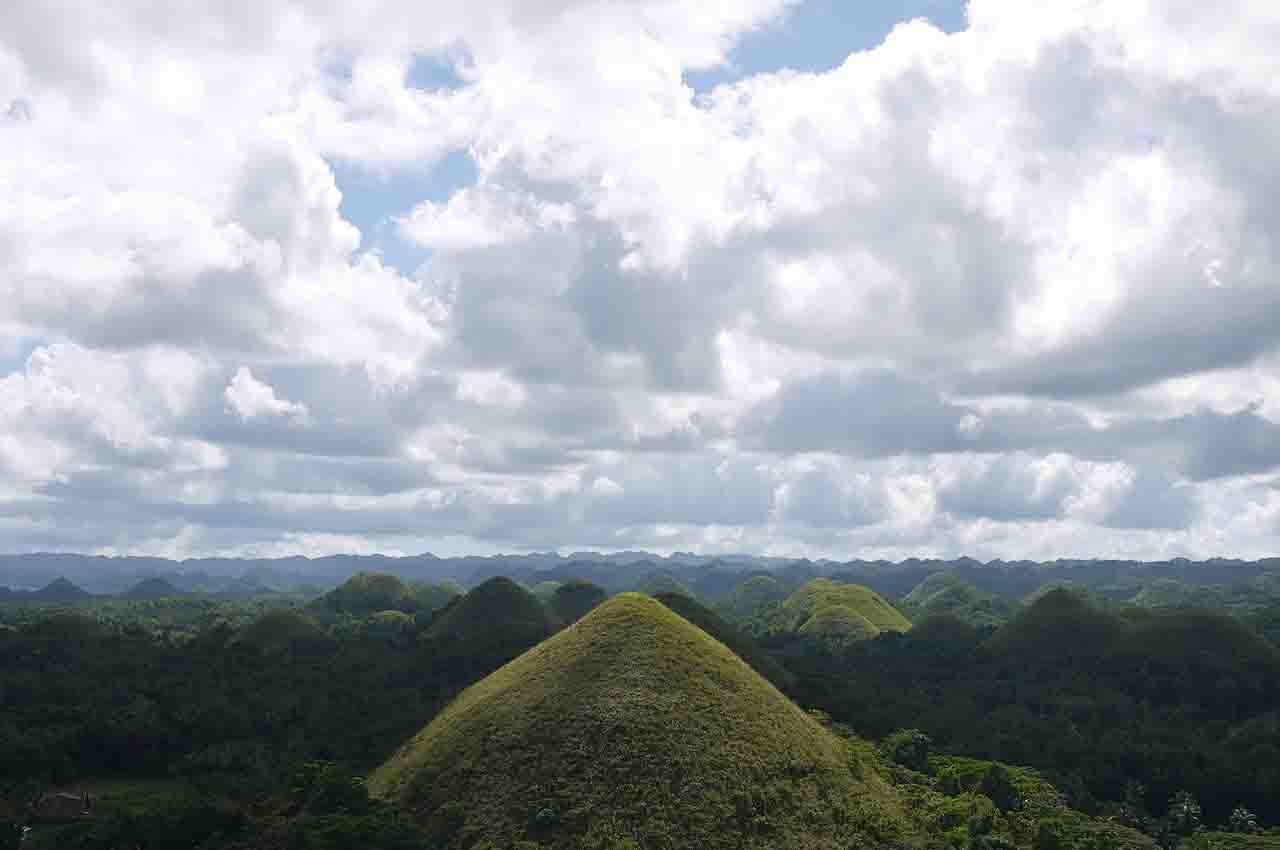 Another report that two giants fought a furious fight that lasted many days. Stones and sand were thrown on top of each other. Suddenly they made peace and left the island. They left a terrible mess that formed the hills. A third legend tells of the biblical land of Phir and its gold. According to the story, the gold was buried under the mounds created to ward off seekers of the golden metal.

If you want to visit them, you have to take the bus for almost two hours. It is forbidden to climb the hills. Tourists can only enjoy them from a platform located at the entrance to the park. From a distance it looks like a huge box full of chocolate cones.

You can only climb three of the hills. In two of them they built resorts for tourism. The third is a hostel with a pool and restaurant. It also has a lookout point from which tourists can enjoy wonderful landscapes. To climb these hills, they built 214 steps. The beauty of the Chocolate Hills, which adds to the attraction of their legends, attracts tourists from all over the world to visit them.

Feminism and its principles go back many years