For anyone who enjoys discovering evidence of the past and is always looking for treasures from ancient times, archeology is a fascinating branch. This is even more true when it is practiced in almost inaccessible places such as underwater archeology. This science enables the discovery of inaccessible places, as happened in the Cosquer Cave

Several caves have been discovered in the world that only an experienced diver and also an archaeologist can access, or at least have an idea of ​​them. This is the case of the French diving instructor Henri Cosquer, who discovered access to a previously unknown cave in 1985. I dived in Marseille, 37 meters deep.

He and his companions visited the site many times over the months without entering through the uncovered passage. It was only reached in 1991 through a flooded tunnel in the cave, and the find was truly an archaeological treasure.

The place called Colanque de la Triperie is east of Marseille on the Mediterranean Sea. The tunnel, explored in 1991, is 175 meters long and ends in a completely dry, narrow, underground cave. Cosquer took photos of the site and when he unveiled it he found rock art and prehistoric paintings.

The name was chosen to honor its discoverer

The cave is named Cosquer in honor of its discoverer, who made it famous when three divers died in an accident in 1991. In 1998, analysis of the paintings found them to be authentic and the location was sealed. Only researchers and archaeologists have access to Cosquer Cave.

Researchers who examined and analyzed the images estimated their age to be around 19,000 to 27,000 years. Seals, fish, birds, horses, goats and bison can be seen in the art on the stone walls. Paintings of adults’ hands in red and black with a missing finger have also been found. Other figures represent people and also some figures that appear as sexual organs of both sexes. The archaeologist at Kiel University, Fritz Jürgens, said it was the only known underwater cave from the Stone Age. 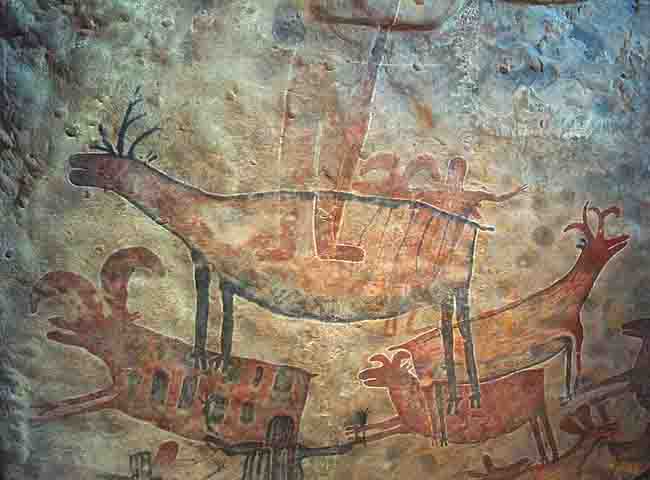 According to archaeologists, the site of its discovery in the Upper Paleolithic was a steppe. The cave was accessible from land as it was 120 meters above sea level and 10 kilometers from the coast. After the last ice age, the cave submerged at a depth of 37 meters due to the water of the thaw. Scientists estimate that many of the paintings were destroyed by water and only those on dry rocks survive.

As a protected area, the paintings can be kept intact. You don’t want to repeat what happened in other similar caves. Many of the paintings were destroyed by the visitors’ use of torches.