It’s an ancient creature: it’s roughly 1 billion years old. It shows clear indications of two distinctly different cell types. It is the link between unicellular and multicellular organisms. Hence, it would be the first multicellular animal on the planet. 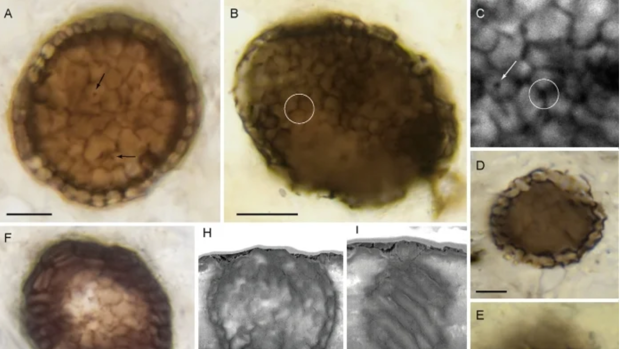 The fossil is the oldest that has so far been detected by a complex organism. That is, made from more than a single cell. «The origin of complex multicellularity and animals are central events. One of the most important in the history of the planet, ”explains biologist Charles Wellman. He works with the British University of Sheffield. He is co-author of a study that just appeared in Current Biology. And our discovery sheds new light on both of them. We found a primitive spherical organism. It is formed by an arrangement of two different cell types, the first step towards a complex multicellular structure. It is something that has never been described in the fossil record. ‘

Organisms are barely 30 thousandths of a millimeter wide. They were found in the Dialbaig Formation at Loch Torridon, a collection of microfossils from an ancient lake environment. How old? From a billion years ago.

The new creature was baptized as Bicellum brasieri. It was so well preserved that its structure is perfectly visible in several copies found. The primitive animal consisted of a kind of compact cell ball surrounded by a single outer layer.

Other multicellular beings from the same period had been identified, including fungi and algae. However, the morphology of Bicellum agrees better with the holozoa, the group that contained the first animals. It could be an important piece of the evolutionary puzzle of life on earth.

There is a great debate about the origins of life. Did it originate in salty oceans or freshwater lakes on land? Scientists believe that the marine environment is most likely best suited for first microbial life. At the same time, however, Bicellum points out that the lakes were also of great importance.

Multicellular animals developed at least a billion years ago. The first events prior to the development of these animals may have occurred in freshwater such as lakes rather than the ocean. The first multicellular animal on the planet apparently did not come from the sea.