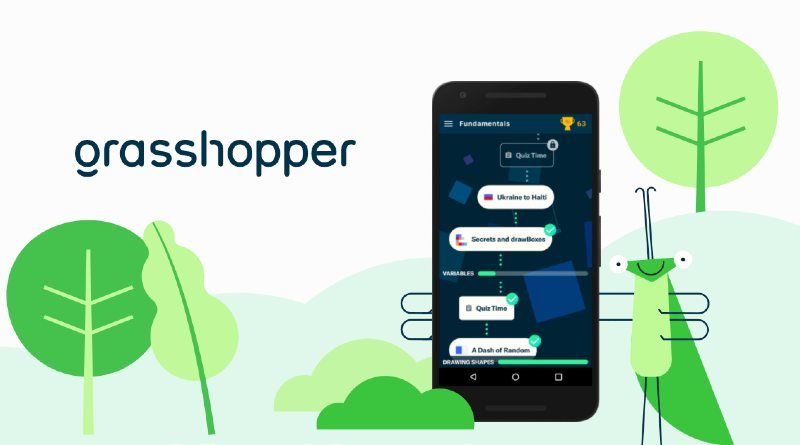 Grasshopper is the name of an application developed by Google Area 120, the department where employees are allowed to experiment and carry out alternative projects to the strategic goals of the brand. This app is for educational purposes and is designed to teach children how to program in computers using a simple and easy-to-understand scheme so that anyone can use it with their mobile device.

Grasshopper, Google’s app that helps kids learn simple programming, has been updated for the first time since it was launched in 2018

This app was officially launched in April 2018 for mobile devices with iOS and Android operating systems and there is also a web version, although it was previously only available in English.

However, Google has announced that Grasshopper is currently also available in the Android version in Spanish (it is not known if the change will also apply to the iOS version, although it currently does not).

It’s the first time Google has made an improvement on Grasshopper since it was launched more than two years ago, but it’s still a very downloaded app. More than a million installations have been made from Google Play alone.

This app uses a teaching strategy based on quick games and fun visual puzzles with some difficulty that worsen as the child progresses. The child learns to program with JavaScript, a basic programming tool for developing programs and websites.

The aim is to create challenges for programming learners so that they become increasingly good programmers – or at least arouse their concern about development – and receive a reward every time a challenge is successfully mastered.

The app also has feedback as it simulates the presence of a teacher or guide during the learning process, who from now on also communicates in Spanish.