When life first appeared on earth, it had no oxygen around it. Original life had to develop in an environment anoxic (without oxygen). The first bacteria They likely got their energy from breaking down various chemicals fermentation. However, it also appears that some sort of “breathe without oxygenWith the intervention of a enzymeJudging by the evidence found in analyzes of primitive microbes still found in anoxic habitats today.

A research team, including Volker Müller, Martin Kuhns and Dragan Trifunovic, all three from Goethe University in Frankfurt, has found out what may be the oldest enzyme in cellular respiration.

In fact, the genes coding for the enzyme were discovered a long time ago. However, the researchers have now succeeded for the first time in isolating the enzyme and thus showing that it is actually produced by these bacteria and that they use it to generate energy.

The authors of the new study found out that the enzyme complex works in a way like a pumping power station, pumping water into a higher-lying pond and then using a turbine to generate electricity from the returning water. 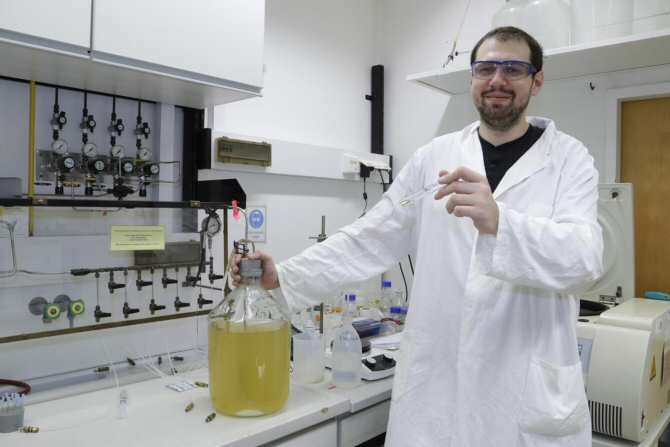 Only in the bacterial cell does the Rnf enzyme transport sodium ions from the inside of the cell through the cell membrane to the outside, thereby generating an electric field. This electric field is used to drive a cellular “turbine” (ATP synthase): it allows sodium ions to flow back into the cell along the electric field, and in this way the bacteria receive energy in the form of Adenosine triphosphate (ATP). This substance is sometimes referred to as the “powerhouse of life” as it is essential for the energy metabolism in all known living things.

Biochemical evidence and the bioenergetic characterization of this primal enzyme explain how the earliest forms of life produced ATP. Obviously, the Rnf enzyme works so well that it is still found in many bacteria and some archaea today. (Source: NCYT from Amazings)