The western honeybee pollinates crops and produces honey in most parts of the world. And they have a remarkable ability to survive in very different environments. Thus, they live in tropical rainforests, arid environments, temperate regions with cold winters. It is native to Africa, Europe and Asia. Recently it was believed to be native to Africa. But thanks to a study, the origin of the honeybee was discovered. 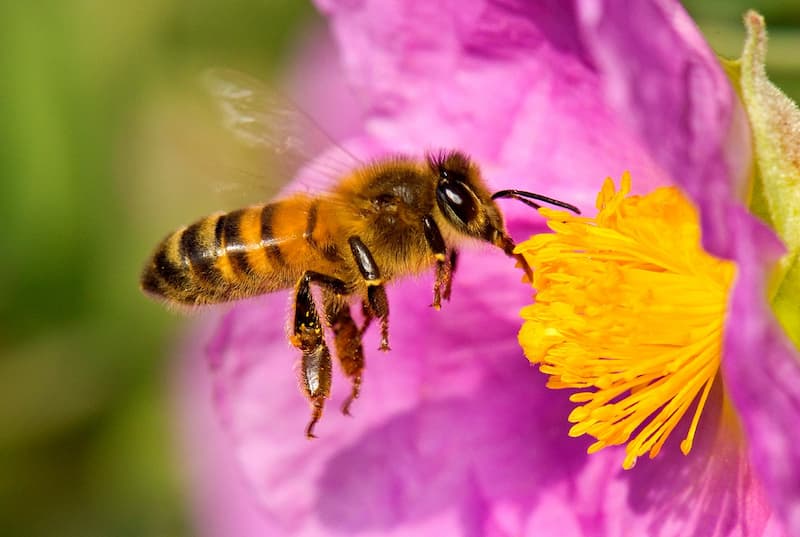 Going back to Asia

For decades there was debate on this issue. A new study settles the debate. It concludes that its most likely origin is Asia. From there, it spread independently to Africa and Europe. Gradually, it created seven separate evolutionary lineages, geographically and genetically. They all trace back to western Asia. The research was done by York University in Canada. Its results were published in Science Advances.

They sequenced 251 genomes of 18 subspecies. Thus, they reconstructed the origin and dispersal pattern of honey bees. The genetic data then strongly supported an Asian origin, probably West Asia.

“It is one of the most important pollinators in the world. We want to understand its evolution, its genetics and its adaptation to propagation”. It is signed by the corresponding author, Professor Amro Zayed.

The bee genome has several “hot spots” that allowed them to adapt. This genome has more than 12,000 genes. But only 145 of them have signatures associated with current lineages.

Thus, some 27 different subspecies of honeybees evolved. “It’s important to understand how the subspecies adapted locally,” says Zayed. Sequencing these bees also led to the discovery of two distinct lineages. One, in Egypt, and one in Madagascar.

Now that the origin of the honeybee has been discovered, it is hoped that this question will be settled. Future research should address the problem of their survival.