In the art world, in an era dominated exclusively by men, a woman set out to capture her work. She is perhaps the most famous Mexican painter in the world. However, Frida Kalho’s life was surrounded by pain and suffering. 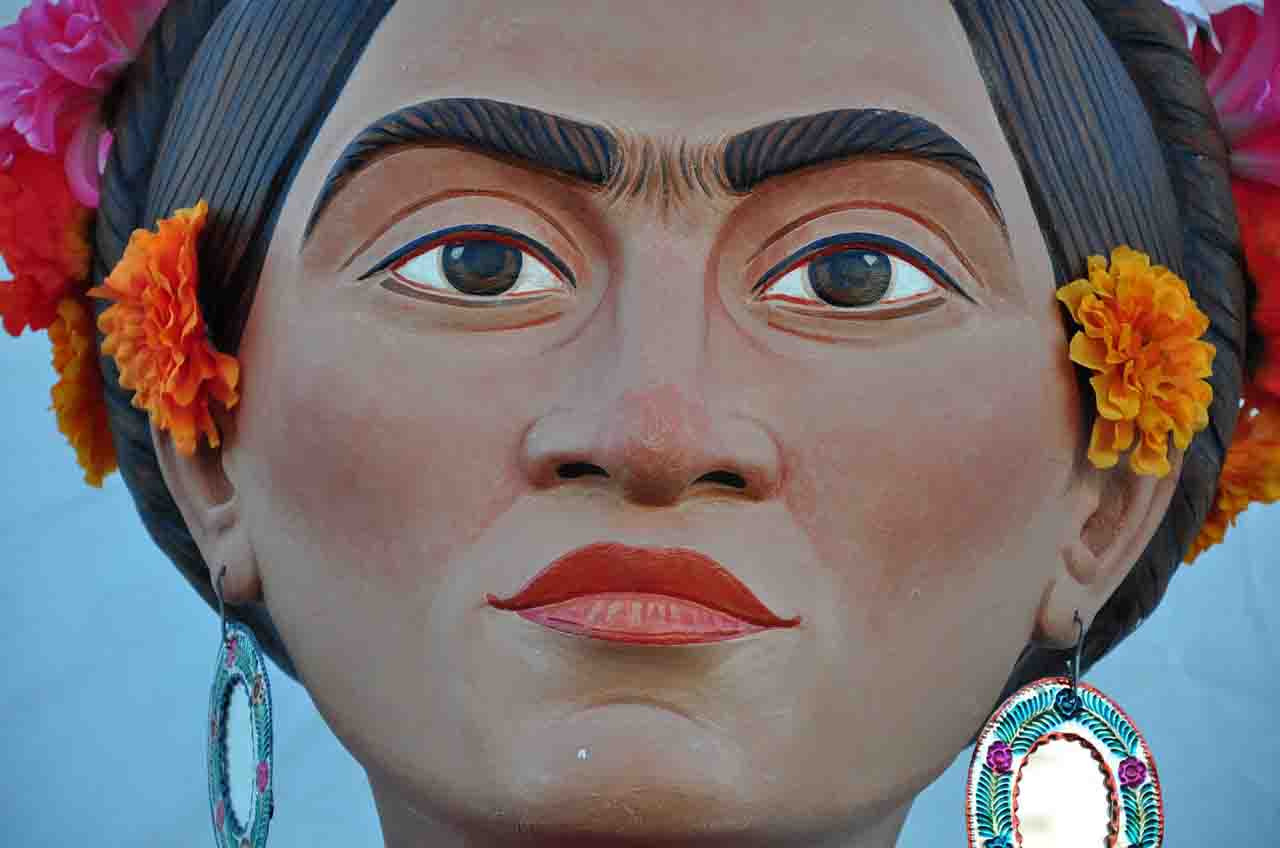 Frida Khalo has had a difficult life since she was little

She was born Magdalena Carmen Frida Khalo Calderón on July 6, 1907 in Coyoacán, Mexico. He was only 6 years old when he got polio and had to stay in bed for 9 months and despite the care of his parents, his right leg was thinner than the left.

Always lively, she wanted to find a sport that would restore the mobility that the disease had taken from her as a child. Although she was only 18 years old, she suffered an accident that would shape her for life. The bus in which he was traveling was run over by a tram and dragged against a wall.

As a result, Frida suffered a three-part spine fracture, two broken ribs, three pelvic bones, a collarbone fracture and her right leg was broken into eleven parts. As if all of this bad luck weren’t enough, a bus rail pierced her hip and kicked out of her genitals.

Pain turned it into art

She had more than 30 surgeries and months of rest without being able to walk, which led her to try painting. With a specially adapted easel to paint from the bed and a mirror that reflected her, Frida turned her suffering into works of art. The famous self-portraits are from this time and she herself said that she painted them because he was the model she knew best. Although in reality she was painting a reconstructed Frida with body and soul in her pictures.

She was dressed like a real Mexican, with long skirts and braided hair with bows and colored ribbons and earrings of Aztec descent. Her dreams and cruel reality reflected her images, in a clear dichotomy between a happy Frida and a self-destructive one.

She got married but couldn’t be a mother

In 1927 he began visiting places where he met intellectuals and artists through Germán del Campo and his Italian partner Tina Modotti. He was a communist from the country and together with his partner they bring Frida into the Mexican Communist Party. There she met Diego Rivera, whom she married on August 21, 1929. As Frida Khalo would say a few years later, this marriage was the second most tragic accident of her life.

The marriage has had storms and hurricanes where infidelity has been proven on both sides. It is even said that they shared lovers, and it is said that she was bisexual and polygamous, despite Diego Rivera being a die-hard womanizer.

One of Frida’s dreams was to become a mother, but after three miscarriages in 1930, 1932 and 1934 she fell into a depression. In 1939, she divorced Diego Rivera when she found out about his affair with her younger sister, Cristina Khalo.

After several suicide attempts, life dealt the last blow in 1953, the amputation of his right leg below the knee due to gangrene. Frida Kalho was unable to recover from this severe blow and died of bronchopneumonia on July 13, 1954, at the age of only 47. He left behind a very rich work of art that Mexico is very proud of and that in return is venerated all over the world. Not only for his pictures, but also for his great sentences.