Not all dogs were domesticated. Some kept their wild state and withdrew into nature. Many of these races did not survive. Australian dingoes, for example, remain untamed. Also another strange species believed to be extinct in the wild. Therefore, his return surprises the scientific community: the return of the singing dogs from New Guinea. 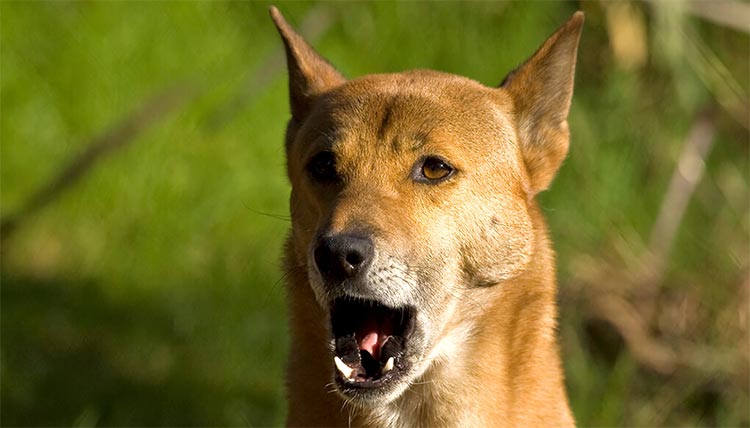 The return of the singing dogs from New Guinea allows us to continue listening to their particular song.

The dog and his song

The study was published in the journal PNAS. These strange dogs are named that way for a very specific reason: they can make unique noises that, due to their harmony, are reminiscent of the song of wolves or whales. And they still live in nature, isolated in the mountains.

The last time you were seen in the wild was in the 1970s. Natives have reported numerous sightings, but without scientific verification. As recently as 2016, there were fifteen specimens in Grasberg, the largest gold mine in the world. It was believed that these stealthy animals were highland wild dogs. It is another even rarer and older species that song dogs should be related to. Two years later, scientists were able to collect biological samples from three to extract their DNA.

The surprise was capital. The researchers confirmed it was them and confirmed the return of the singing dogs. “The real evidence comes from nuclear studies. They show that the Indonesian highland wild dog is similar to that of captive singing dogs. It is not extinct in the wild, ”says Elaine Ostrander. She is the lead author of the study and a researcher from Indonesia. “As a result, they are much more related to each other in the tree of life than to modern races,” says James McIntyre, co-author of the study.

Wild dogs and captives do not have exactly identical genomes. Their decades of physical separation and inbreeding among captured New Guinea songdogs explains this. The discovery can help create a real dog population while preserving the original breed.

This conservation is very interesting for scientists. These animals were separated from the rest of modern domestic dogs long before breeds were defined. They could represent “some of the oldest forms dogs took when separating wolves from their ancestors”.

These animals not only provide information about the development of the dogs. They are able to produce pleasant and harmonious sounds with sound quality. “They show annoying tonal howling. They have dramatic modulations that are not characteristic of any other canid. Groups sometimes howl in well-defined harmonies, ”McIntyre describes.

His voice stays in the woods far from the city. Let’s not make the song go away.

The project to drill the moon

The clouds created by the smoke

How to use Google Forms to create forms and surveys

The ice age bear that was found intact

What are meta descriptions and what are they for?