What an amazing find! How would you feel about finding an animal that wasn’t seen 150 years ago in the jungles of Africa? We can ask some British scientists. Thanks to them, the sneaky giant owl was photographed in Ghana. 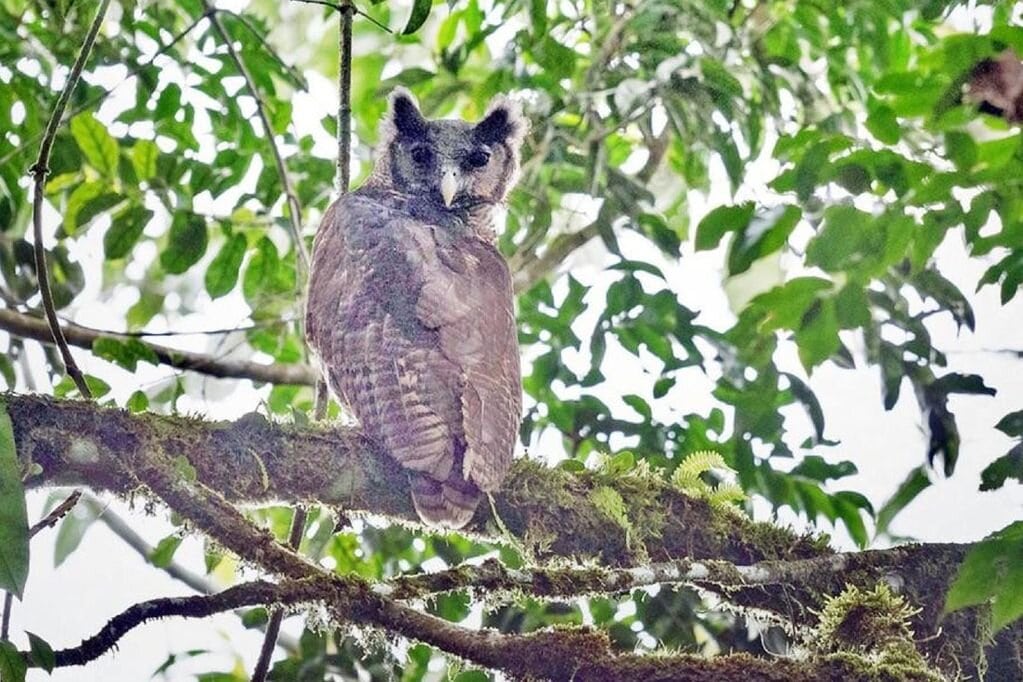 It is called Shelley’s eagle owl. Its total length can exceed 60 centimeters. It was first described in 1872. A local hunter in Ghana had obtained a specimen. Richard Bowdler Sharpe, founder of the British Ornithologists’ Club, described it.

There have been no confirmed sightings from Ghana since the 1870s. The only photographs that exist were grainy images taken in 1975. This was a captive individual. It was behind bars at Antwerp Zoo.

There were suspected sightings from Liberia to Angola. Most of them unconfirmed. The species has become a holy grail for birders in Africa.

But on October 16, 2021, something happened. Dr Joseph Tobias and his colleague Robert Williams visited the Atewa Forest in Ghana. They saw a huge bird come out of its roosting shelter. “We thought it was an eagle,” Tobias said in a statement. “Fortunately, it landed on a low branch. We were dumbfounded. There is no other owl in the rainforests of Africa that big.”

Posing for the camera

The couple only saw the bird posed for 10-15 seconds. They managed to take photographs that confirmed the identification. Its distinctive black eyes, yellow beak and enormous size gave it away. At last, the sneaky giant owl was photographed.

It’s a large predator. Yet it’s almost invisible in a large swathe of Africa. Shelley’s eagle owl is officially classified as vulnerable to extinction. The find in Ghana offers new hope for the species. Pressure is building for the area to be designated as a national park. Hopefully this will encourage further encounters with this elusive bird.