Thanks to the particular war that NVIDIA and AMD wage today we can find a large number of products in both the general and professional consumer markets, but are you sure? what are the most powerful graphics cards What do they currently exist?

I am convinced that most of our readers will have answered yes. It is not complicated to move in the top range when we limit ourselves to some specific models, but would you be able to do an ordered list With the ten most powerful graphics cards on the market? This is already a little more complicated, and therefore we have decided to do it for you.

Why is it interesting to know which graphics cards are the most powerful?

Very simple, because it allows us to have broader and clearer references when it comes to positioning different models that fit into very different ranges and therefore have different prices. It also helps us internalize the value in relation to price-performance offered by each graphics card, and allows us to establish a script on which to decide Which model suits us best.

Beyond this we must also recognize that these types of comparatives They are a delight for geeks, a group that included me completely. 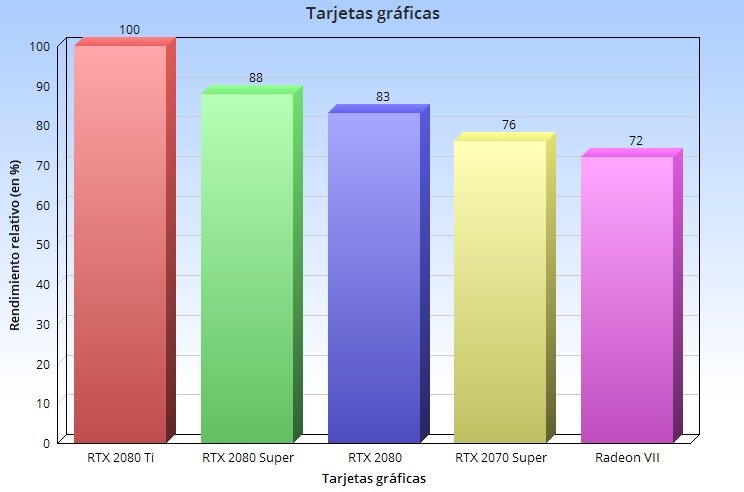 Well, for this guide to be truly useful and easy to consult, we will directly review the ten most powerful graphics cards that, as of today, we can buy in the general consumer market. We will limit ourselves to those models that are available Really, that is, you can buy new and reasonably priced even though its life cycle has ended.

The list will not be ordered according to the value for money, but by the gross power of each graphics card. This means that the most powerful graphics cards will occupy the highest positions even if their return-to-euro value is very weak. In each model we will accompany a description of its specifications, a graph indicating the comparative performance, its average price and a section explaining the real value it offers for what it costs. 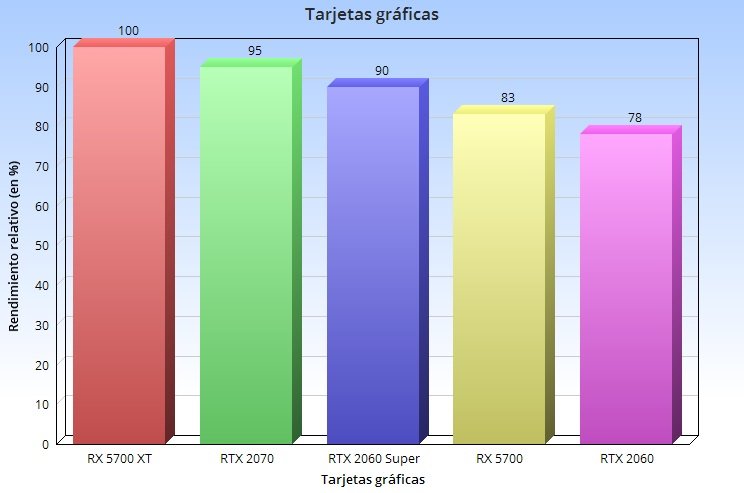 Keep in mind that we are only going to assess the gross power they offer for the money they cost, the support of advanced technologies that have a minimum adoption today, such as ray tracing and variable rate shader, will not influence. However, these technologies are important and will mark the way forward in the industry in the medium and long term, so we will indicate which models support them. 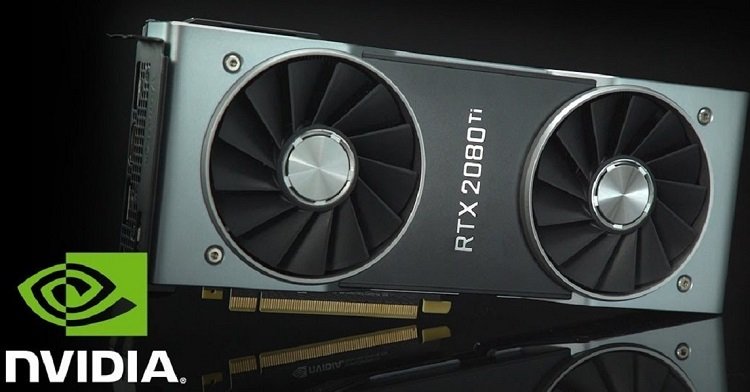 It is the most powerful graphics card we can find today. You can move any game in resolution 4K with maximum qualities maintaining, with few exceptions, a minimum of 60 stable FPS.

Use the architecture Turing of NVIDIA, which means that its GPU is manufactured in 12 nm process and that it has hardware dedicated to accelerate ray tracing and artificial intelligence tasks. It also supports advanced technologies such as the variable rate shader.

There is no doubt that it is a real "monster" that allows you to play with all the guarantees in 4K, its return value per invested euro is very poor, since it almost triples the cost of other graphics cards that yield only between 30% and 40% less.

One of the most powerful graphics cards that exist and also one of the most interesting, since it allows play in 4K with very high qualities without having to give up good fluency.

As the previous one uses the Turing architecture NVIDIA, so it has a GPU manufactured in 12 nm process, can accelerate ray tracing and artificial intelligence by hardware and supports variable rate shader.

It is the best option that we can find today if we are going to play in 4K or if we want to take advantage of a QHD monitor with a high refresh rate. Its price-performance value is very good, that is why we chose it in our guide dedicated to selecting the best graphics cards by price and performance in each resolution. 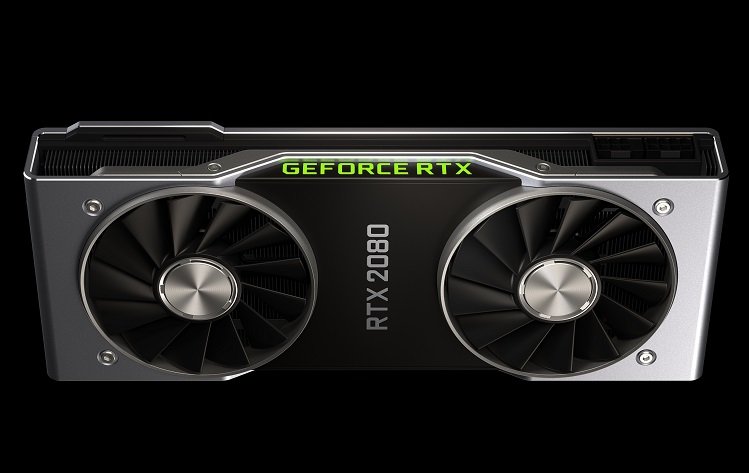 It's been displaced by the previous and it is very difficult to find, although it is still available at some retailers. It is a little less powerful than the RTX 2080 Super, but capable of offering a good gaming experience in 4K with very high qualities.

Before the arrival of the RTX 2080 Super it was a good option, but now that it is practically discontinued its price has inflated in an incomprehensible way, so much that it has ended up costing more than that, although it yields less.

We are facing an important revision of the RTX 2070 that improves so much in performance that it becomes quite close to the RTX 2080. This means that it is also capable of offering good results playing in 4K with high-very high qualities.

As the above uses the Turing architecture, supports ray tracing and artificial intelligence accelerated by hardware and takes advantage of the variable rate shader.

If we find her for less than 500 euros is a good buyOtherwise, we should consider the Radeon RX 5700 XT, especially now that we can find it at very attractive prices. 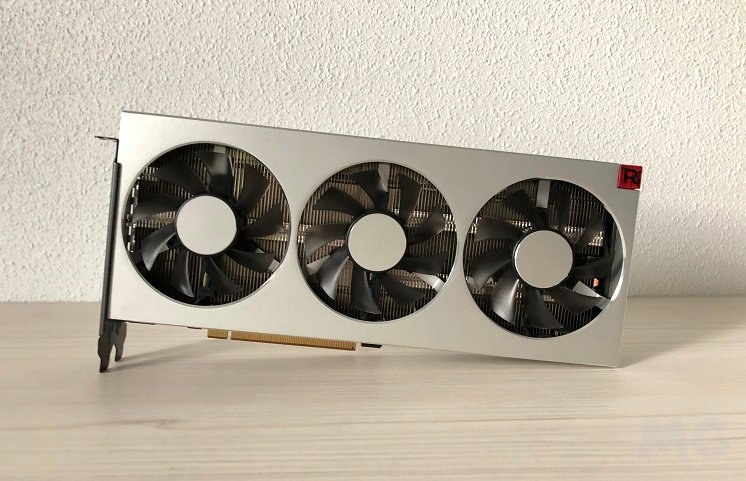 Not only is it one of the most powerful graphics cards that exist, but it was also the last to use the AMD GCN architecture. It can with 4K games, although in some cases we must lower the quality level to "high" to maintain good fluidity.

The Radeon VII ended its life cycle very soon, but it can still be found at "reasonable" prices.

Unfortunately already it makes no sense at that price. The Radeon RX 5700 XT offers almost identical performance and costs much less money. 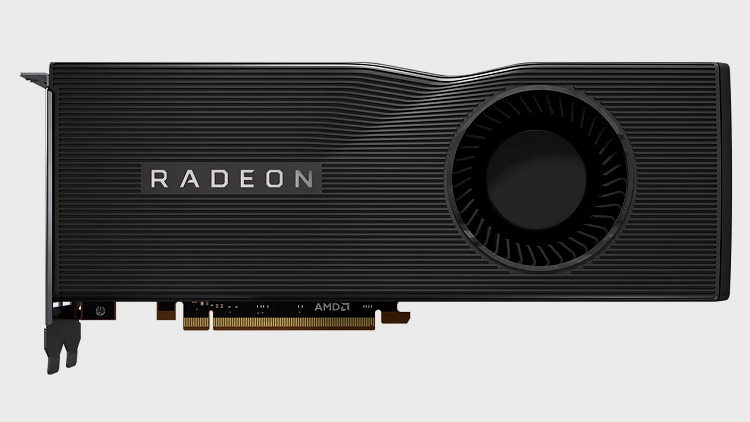 The Radeon RX 5700 XT is very close to the previous one in gross performance and therefore positions in the middle of this list of the ten most powerful graphics cards of 2020. Capable in 4K, but offers a truly optimal experience in QHD (1440p) .

It is based on RDNA architecture and manufactured in 7 nm process.

Not only is it one of the most powerful graphics cards that exist, it is also The best option we can find in its range.

As in the previous case, it is able to move games in 4K while maintaining a good level of fluidity, but reducing graphic quality in many cases to medium or high levels. Do your best in QHD resolutions.

Use the Turing architecture, is manufactured in 12 nm and supports variable rate shader. It can accelerate ray tracing and artificial intelligence by hardware.

The arrival of the RX 5700 series and the renewal that NVIDIA has done with the Super series has left it in a meaningless position at that price. Bad choice. 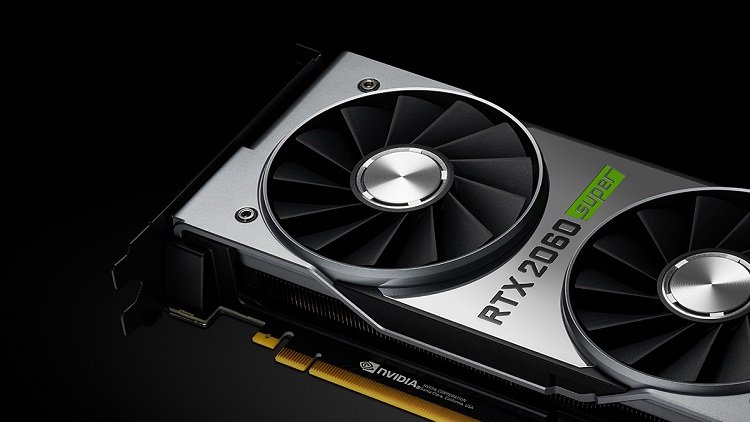 The arrival of the Super series of NVIDIA has saturated the market considerablyThat's why we see so many NVIDIA models in this list of the ten most powerful graphics cards.

In this case the RTX 2060 Super is designed to play in QHD resolutions, a level where he feels quite comfortable and offers a good experience. It is based on Turing and supports all the technologies we have already mentioned.

For the price that we have marked, it offers a good value, although lower than what we found in the Radeon RX 5700 XT, since its gross yield is higher and it costs practically the same. 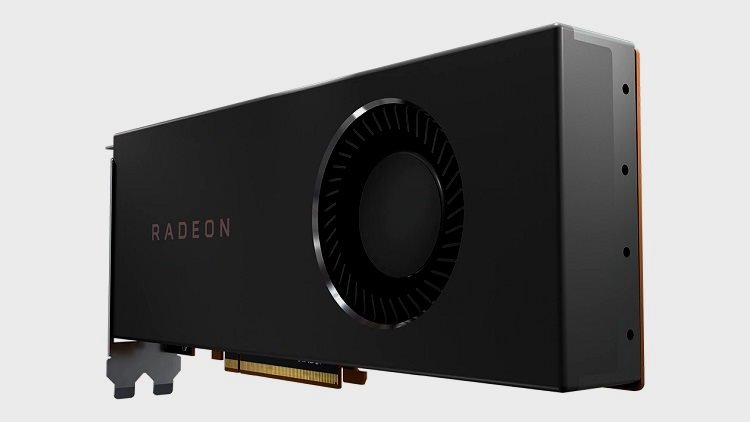 It is a slightly cropped version of the Radeon RX 5700 XT, which means it offers a lower performance than that, although as a counterpart you can also buy for less money.

It has the same architecture level base, RDNA, and a very similar consumption. It performs very well in QHD, a level that we can consider as optimal. With it we can also take advantage of 1080p monitors with high refresh rates.

It is one of the most powerful graphics cards and with better value for money that exist, but if we can invest a little more it is better to opt for the Radeon RX 5700 XT, since it offers a significantly higher performance for just 30 euros more. 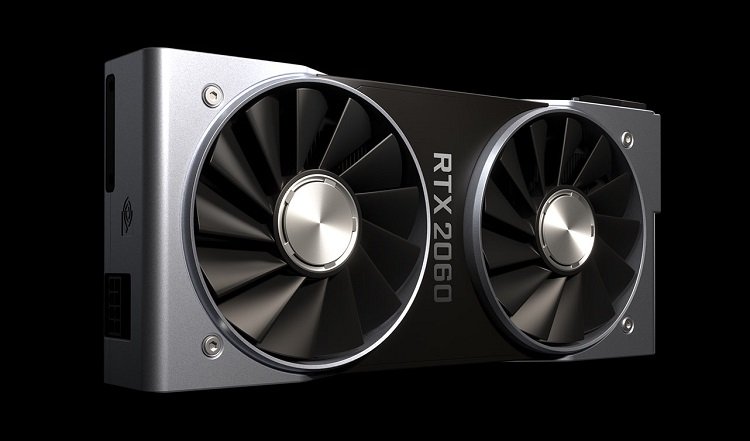 We close with a graphics card that has returned to the fore after the launch of the Radeon RX 5600 XT. The NVIDIA model It is more powerful, but also a bit more expensive.

It is the last of the list of more powerful graphics cards of 2020, but despite this the RTX 2060 is a solution capable of offering a good experience in QHD resolutions, is based on the Turing architecture, accelerates ray tracing and artificial intelligence by hardware and supports variable rate shader.

Strictly speaking it does not offer bad value for what it costs, but the RX 5700 is more powerful and costs almost the same, which makes it a better option in relation to performance per euro invested.