The white seahorse (Hippocampus Whitei) is an endemic species in Australia. It lives more precisely in the waters of Sydney. For several years it has been threatened with extinction due to various causes. Water pollution, fishing for illegal trade, buildings and also violent storms in their habitat. 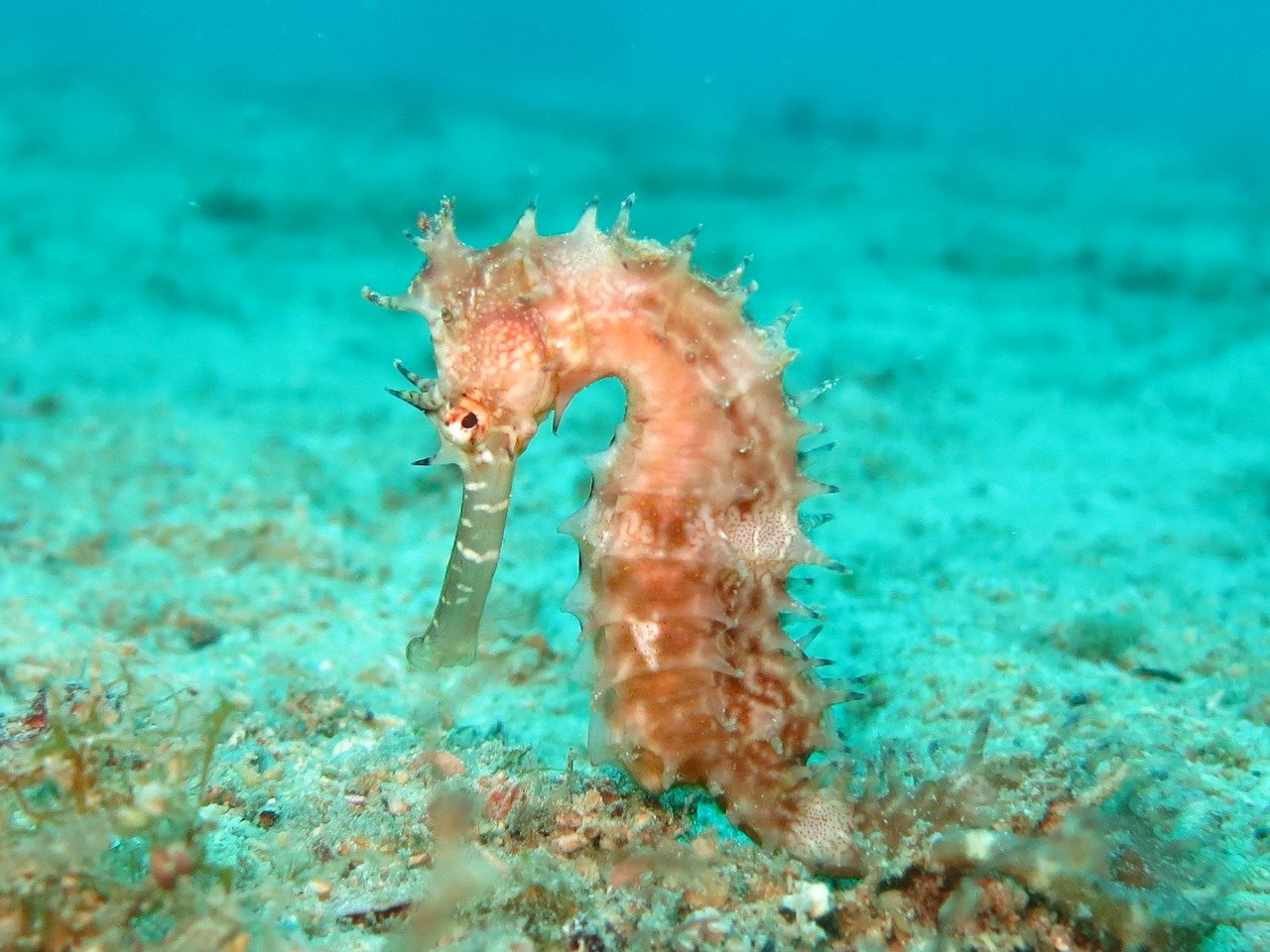 This type of white seahorse can measure up to 16 centimeters and change color depending on mood or defense. The population of these attractive fish has declined dramatically in recent years and measures have been taken to regain them.

The strong storms between 2010 and 2013 destroyed the reefs and killed 90% of the seahorses. For their recovery, Australian researchers built hotels for seahorses and thus promoted the recovery of the species.

Hotels are types of steel cages with nets so that wheelies wrap their tails and are not carried away by the current. In 2018, the first hotels were tested to check their viability and the results were successful.

The condition of the hotels varies over the days. It becomes an ecosystem for seahorses. Couples of white hippocampi lived in the hotels, many of whom were fertilized. The first offspring of this fertilization, which was achieved in hotels, were born in late 2019.

Researchers from Sydney University of Technology and the New South Wales Department of Fisheries decided to breed in captivity. That is, the offspring are born in a controlled aquarium and then released in hotels that are conditioned for their development.

One of the problems is that seahorses are slow swimmers. That is why they are food for other species. It is important that the specimens grown in aquariums reach the appropriate size before they enter the sea.

The first release was 90 Hippocampi. Many of them released them directly into the built hotels. They marked them with a fluorescent substance to distinguish them from those who live in the wild.

The released hippocampi are already adult specimens that can reproduce in their natural habitat. This reproduction will take place until the end of 2020, in October or November, and is expected to mate with those in the wild.

Australian scientists hope to be successful with this project to help other species of hippocampus. In both Greece and South Africa, the destruction of corals endangered the seahorse population.

The hippocampus most at risk of extinction is that of Knysna in South Africa. For this reason, experiences similar to those in Australia are already underway. The initiative was taken by the Institute of Zoology at the University of Johannesburg.

These cute little animals are victims of predators that are sold in aquariums or dried as amulets.

Being monogamous and having a partner for life made her a symbol of loyalty in the couple and jeopardized her to involve her in a notorious trade. Traditional Chinese medicine also contains hippocampi in its recipes, and many die from this cause.

What is muography or muonic tomography?