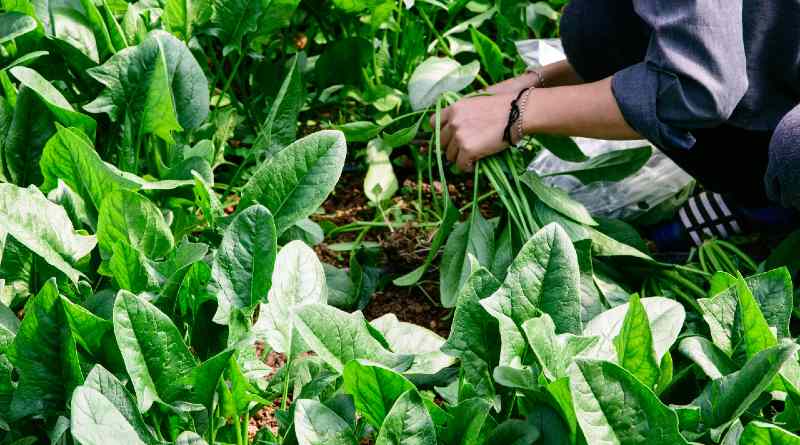 If it is already surprising that a vegetable patio can send an email, even more amazement is added when the reason for it is to warn of climate change. This is exactly what a team of engineers from the Massachusetts Institute of Technology, the famous MIT in the US, the world’s epicenter of innovation, achieved, which recently developed an algorithm that can identify COVID-19 patients based on their cough.

The signals given by the plants activate an infrared camera, which sends an email to the scientists

Now – and while it may seem like joke news it isn’t – they’ve got spinach to work. As published in the journal Nature, spinach can do this Detect changes in the presence of nitroaromatic components in the soil in which they grow from the groundwater that their roots capture. This leads to a change in the carbon nanotubes that are inserted into the leaves of these plants of the Aramantaceae family. These changes are detected by infrared cameras and thus the activation of an alarm that is sent via email.

The research is framed in an area called Plant nanobionics, able to equip systems with new capabilities. The director of this research, Professor Michael Strano, explains that the extensive network of roots provides a constant sample of the groundwater and the substances dissolved in it. Since the changes in the natural chemical analysis carried out by the plants are transferred to the leaves, this is visible at least through infrared cameras.

The funny thing is that the original function of this was research detect the presence of explosives on site, something especially useful in areas where there are minefields. It would be enough to sow this field with spinach, let it grow and read the signs that indicate the presence of nitrate, one of the components of explosives. It has now been discovered that this ability can also serve to draw attention to the presence of pollutants and possible environmental damage. Hence an indicator of climate change.

Small changes in soil conditions that plants can detect, such as the presence of nitric oxide, can make it possible to interpret that a drought is imminent.