A team from the Astronomical Observatory of the University of Valencia (Spain) succeeded in observing the black hole of the active galaxy PKS1830-211 during the violent gamma-ray energy event recorded at this source. Scientists have discovered very rapid changes in the structure of their magnetic fields, which confirm the predictions of leading models of gamma-ray production in black holes. The phenomenon observed by the ALMA telescope adds new data to the investigation of the origin of the most energetic radiation in the universe.

Some of the most massive and distant black holes in the universe emit enormous amounts of extremely energetic radiation. They are the “gamma rays”. This type of radiation occurs, for example, when mass is converted into energy in fission reactions that power nuclear reactors on Earth. In the case of black holes, however, the gamma radiation is even more energetic than that obtained in nuclear reactors and is generated by very different processes. There, gamma rays are created from “collisions” of light rays with high-energy particles that occur near black holes due to as yet unknown mechanisms.

As a result of these collisions between light and matter, the energetic particles give the light rays almost all of their momentum and convert them into gamma rays that finally reach the earth.

The astronomical-scientific community suspects that these collisions occur in regions penetrated by strong magnetic fields that are exposed to very variable processes, such as turbulence and magnetic reconnections – magnetic fields that together release a staggering amount of energy – ejected in from Jets of matter could occur black holes. However, studying these magnetic fields this far from Earth – some of these holes are billions of light years away – requires particularly sensitive observation instruments and sufficient skills to pinpoint the exact point in time when the high emission occurs. Energy. 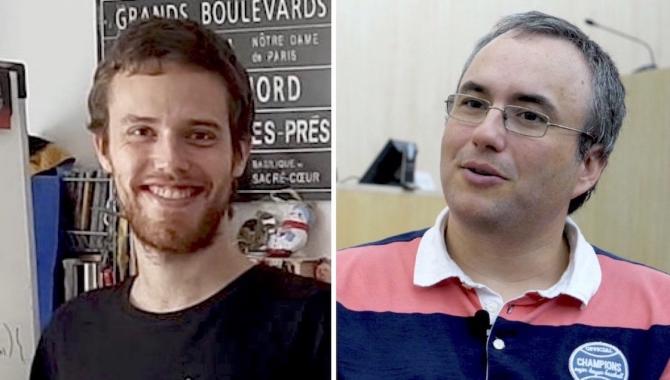 This is exactly what the research team, led by Iván Martí-Vidal, CIDEGENT researcher of the Generalitat Valenciana at the Astronomical Observatory and Department d’Astronomia of the University of Valencia and lead author of this work, achieved. And here the ALMA telescope (Atacama Large Millimeter Array) plays an important role, which is the most sensitive and precise in the world at millimeter wavelengths and provides information about the very distant magnetic fields into which the energy particles from black holes enter.

In an article just published by the journal Astronomy & Astrophysics, scientists report observations of the black hole PKS1830-211, which is more than ten billion light years from Earth. These observations show that the magnetic fields in the region where the most energetic particles of the jet ejected from this black hole are located have changed their structure remarkably in a time interval of just a few minutes. “This implies that magnetic processes arise in very small and turbulent regions, just as the main models of gamma-ray production in black holes predict, which relate turbulence to gamma radiation,” explains Iván Martí-Vidal. “On the other hand, the changes that we noticed took place during the gamma-ray emission, which also enables us to relate them to the high energy emission. All of this brings us a little closer to understanding the origin of the most energetic radiation in the universe, ”he adds.

To analyze this data, Iván Martí-Vidal’s team used an advanced analysis technique that makes it possible to obtain information from rapidly changing sources of interferometric data, such as those obtained from ALMA. “Interferometry gives us the opportunity to observe the universe with an unprecedented level of detail. In fact, it is the technology on which the Event Horizon Telescope (EHT) is based, which recently received the first image of a black hole, ”says Martí-Vidal. “Part of our CIDEGENT project is indeed devoted to developing algorithms like the ones we used in these ALMA observations, but which are applicable to much more complex data such as the EHT that we can use to reconstruct in a not too long time far away, “films” of black holes instead of mere pictures, ”comments the astronomer from the University of Valencia.

Alejandro Mus, CIDEGENT doctoral student at the UV Institute for Astronomy and one of the authors of the article, is developing his doctoral thesis in this area. “Within the EHT project, many experts from various institutions are working on this topic around the clock,” says Mus. “The algorithm we developed is currently working with the ALMA data and has already enabled us to obtain important information on how the magnetic fields associated with the PKS1830-211 change on a scale of a few tens of minutes. We hope to be able to contribute new data to the EHT soon with more sophisticated algorithms that we are working on, ”he concludes.

In the study, researchers from the Department of Space, Earth and Environment at Chalmers University of Technology, Onsala Space Observatory (Sweden), the Institute of Astrophysical Research at Boston University (USA) and the Instituto de Astrofísica de Andalusia, CSIC (Granada) . (Source: U. València)