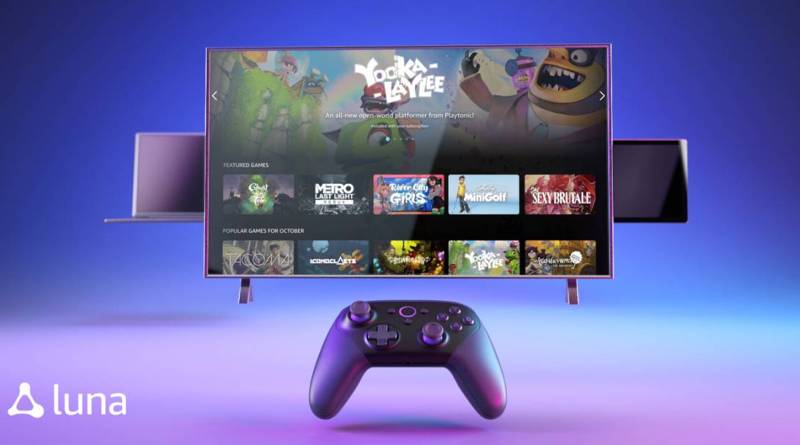 Amazon is gradually expanding the availability of Luna, its video game streaming service announced in fall 2020.

Initially it was only accessible through limited invitations and now it has become available to all Amazon Prime subscribers in the United States, without for the moment from Amazon has indicated a date of availability in other countries.

Although initially attributed a monthly price of $ 5.99 has finally been included within the Amazon Prime package, a complete set of services that already includes:

-Moviesdocumentaries and series via Prime Video

The premium version of Amazon’s suite of services now includes this video game service that allows you to play games at 4K resolutions and 60 fps from a variety of devices: PC and Mac computers, Apple mobile devices (iPhone or iPad) via webapp, as well as through Fire TV devices connectable to TVs.

Since the games run directly in the Cloud (in fact from AWS, Amazon Web Services, Amazon’s Cloud service) an Internet connection of at least 10 Mbps will be necessary, which should be raised to 35 Mbps for the 4K version of the video games.

In the case of playing directly from the connection of a mobile device it will have to be taken into account that the games are not installed on the device but all the information comes from the Cloudwith an average consumption of 10 Gb per hour in FullHD resolution.

Amazon Luna competes with rival analog platforms such as Google Stadia, Microsoft xCloud and Nvidia GeForce Now but with a very particular difference: the capacity for subscribe monthly to channels with proprietary video game catalogs. Thus, in addition to a set of titles included free of charge with the service itself, there are catalogs such as the following, at prices of around 5 dollars per month:

-Family: Titles oriented to the smallest of the house.

-Jackbox: Multi-player mini-games, which may not even be subscribed to Luna.

-Ubisoft Plus: The most expensive channel ($17.99 per month), with titles such as “Assassins Creed: Valhalla”, “Far Cry 6”, “Ghost Recon: Breakpoint” or “Rainbow Six: Siege”.

00To complete the integration with Twitch, in Luna there is a button that allows you to share in streaming through that platform the game. Finally, although Luna has its own controller to control video games, the Luna Controller, the platform is also compatible with game console controllers such as PlayStation 4 and 5 or Xbox One and SeriesX, in addition to being able to use iOS or Android mobiles as controllers.