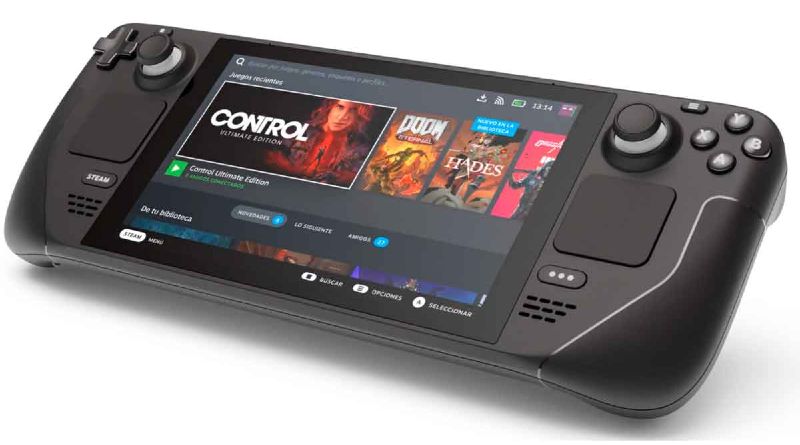 With the new generation of consoles that recently hit the “gaming” scene, Valve, the creators of Steam, have announced the arrival of a. announced new portable console the Steam Deck which will include the Steam games catalog and the ability to connect to TVs.

Steam Deck is Valve’s new portable console that allows you to enjoy the entire Steam catalog and game library on a portable basis.

The Steam Deck will be available at As of December 2021although it is already possible to reserve it in Spain through the main Steam page or from the platform. After the sale, initial shipments will be made to the United States, Canada, the European Union and the United Kingdom, and shipments are expected to be in other regions in 2022.

While it’s normal for the Steam Deck to be compared to other portable consoles like the Nintendo Switch or PS Vita, Valve’s console has some unique features that put it in an advantageous position. The first is the extensive games catalog is available on the platform and can be accessed via the console, second, that there is already a very large community of players who can enjoy their game libraries via the Steam Deck.

In terms of specs, the Steam Deck has a 7-inch touchscreen (1280 x 800 pixels) and two sticks in a symmetrical position. Similar to Nintendo Switch, the console will also have a docking station (sold separately) that can be connected to TVs via HDMI 2.0.

The console will have a single processor, a custom APU optimized for portable gaming, specifically a AMD with CPU Zen 2 4c / 8t 2.4 to 3.5 GHz and a GPU with 8 RDNA 2 CUs 1.6 GHz, supplemented with 16 GB LPDDR5 RAM and options for ultra-fast SSD storage and micro SD card slots.

This means that the console can move even the “heaviest” resource titles like “DOOM Eternal” or “FIFA” as usual. In addition, the playability will be very comfortable thanks to the design of the two 30mm square trackpads and the two symmetrical sticks.

Finally, to improve playability, the console has an IMU gyroscope system, similar to the one contained in the PlayStation control, 6-axis and a haptic vibration system in HD.

The console works with the new SteamOS 3.0 operating system, which carries over all functions, options and accessibility from Steam to the console so that you can access the Steam chat, the store and the library as well as the community options which are in the cloud are stored, remote playback and Steam notification system.

The nest of dinosaur eggs