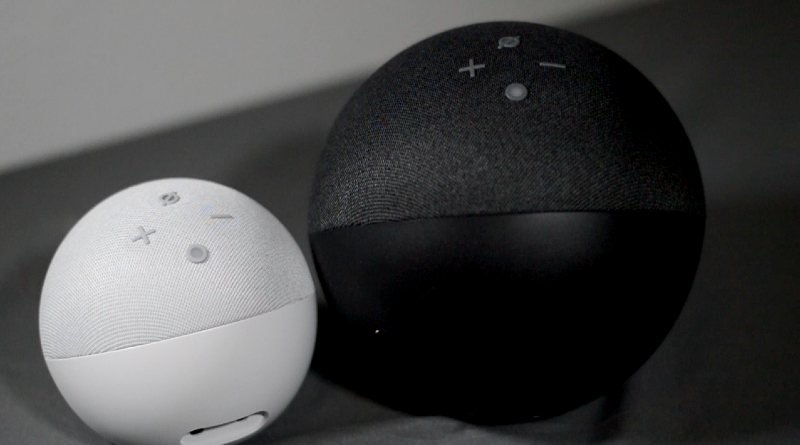 Amazon presents its fourth generation of smart speakers, which consist of the Echo speaker and the smaller Echo Dot and Echo Dot with digital clock. These are three devices for Alexa, Amazon’s virtual assistant.

The comparative analysis we performed can be seen in the following video:

The Echo loudspeaker, the largest of the three, offers a better sound than previous generations thanks to a 3-inch woofer, two tweeters and a Dolby processor. The exterior is upholstered in fabric and has four buttons: two to control the sound, one to mute the microphone and an action button. The base is surrounded by an LED ring that is not only decorative, but also displays information such as the current volume level.

The two versions of Echo Dot, which are much smaller than the regular Echo, differ in that one of them has a digital display. In it we can see the time, the timers and alarms we have set, as well as other data such as the volume level. Despite its size, the sound is very clear thanks to its 1.6-inch front speaker. The external appearance is similar to the Echo with the same button layout.

Echo devices are what they are thanks to Alexa. As soon as we are connected to our phone via the Amazon Alexa app, we can use the full potential of the virtual assistant. Entertainment is one of the main features of the devices, and Alexa can be used as our personal DJ connected to Amazon Music or Spotify. This way you can ask the assistant to play specific songs or our favorite playlists.

In terms of productivity, Alexa is especially useful. Create lists, reminders, calendar appointments and set alarms and timers. In addition, it doubles as a source of information for checking the weather, asking questions, and even practicing languages.

They can also be used to control other smart devices like light bulbs, WiFi sockets, and customized devices.

On the other hand, the company has emphasized data protection. The microphone can be muted by pressing a buttonThanks to the Alexa configuration via the app, users can clear their history with just one voice command.

The Echo and Echo Dot are available at 60 and 70 euros respectively, but thanks to Black Friday Their prices have been cut in halfSo it’s the perfect opportunity to acquire them.

The best tools to work online