Graphics memory has been a fundamental part of the PC world for many years. I can still remember when I got my first PC with a 1 MB SiS graphics card in the mid-1990s, which at least didn’t allow me to have high resolutions or color densities due to the small amount of memory not at the same time.

Surprised? Well, you shouldn’t, one of the most important tasks of graphics memory is is to keep the color information of each pixel on the screen, and the higher the resolution and color density, the more graphics memory we need. That is not a problem today, but in the late eighties and also in the nineties it was a topic that was very topical.

To give you an idea, it requires using 1080p resolution and 24 bit color depth in an image as a whole 6 MB graphics memory. However, it must be taken into account that this is a static image and that it is not just pixels and color information that consume graphics memory. As we told you back in this tutorial, the necessary elements such as textures, image depth and in general everything that is required to create a frame (shadow maps, lighting, etc.) pass through the graphics memory.

The higher the resolution and the greater the color depth, the greater the memory consumption of all these elements, although today they have by far the greatest impact on the consumption of graphics memory is the quality of the textures. Some games, like DOOM Eternal, don’t offer a specific texture quality setting, but instead use an option called “texture pool size” which tells the game how much texture data to load at one time. Higher levels load more textures at the same time, which can help improve image quality, especially with distant elements.

Yes, graphic memory is an old acquaintance that we all had our advantages and disadvantages with, I am convinced, and it was also a great heyday as Tool “Master in Marketing” for unscrupulous sellers who sold you a PC as a gaming model because it had 2GB of graphics memory, but they didn’t say it was mounted on a GT 710, a chestnut that was drowning with games even before its generation.

Time has passed, but not only have the myths not been overcome, but others have sprung up around this component that do no good, and that go more and more. I have seen in many of the comments you have posted over the past few months that you have doubts about topics such as the actual use of graphics memory in games, and also how it affects performance. It is for this reason that I have encouraged myself to write this article in which I explain in detail three current myths that we have to park at the same time. 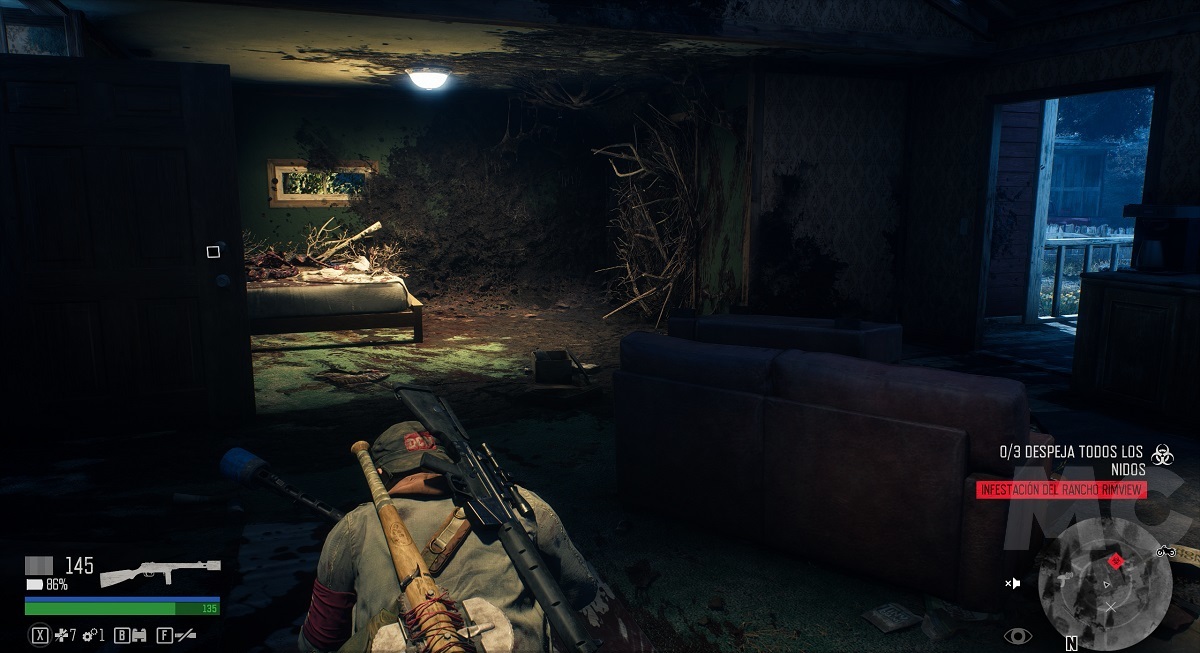 Days Gone in 1440p with maximum quality. Check out how sharp it is and how good it looks and that it barely uses 4.5GB of video memory

This myth was reinforced by the unfortunate strategy of some radical fans who applauded to the utmost that AMD put 16GB of graphics memory into the Radeon RX 6000, which, be careful, I think is perfect as it has been proven by many previous generation graphics cards have aged better than their NVIDIA counterparts because they have more graphics memory, But you can’t say anything that’s not true

To understand how a game works, we need to be clear about two concepts: Memory occupied and memory used up. Used memory is what a game has reserved for itself, but that doesn’t mean it really needs it, it just took preventive action because it recognized that the graphics card we were using had a huge amount of memory. On the contrary, the memory used is what the game really needs to function well.

I am sure, dear reader, that you are asking yourself this question: “Is it really that much difference that both concepts can make a difference?” Well that’s it and to understand it we shall see some examples. Call of Duty Modern Warfare 2019 works fine with an RTX 2060, a graphics card with 6 GB of graphics memory, even in 4K and Ultra quality, as it maintains a stable 40 FPS on average. However, if we run it on an RTX 2080 Ti with 11GB of graphics memory at 1080p resolution and maximum quality, the graphics memory consumption is almost 9GB. On that basis, it shouldn’t work on the RTX 2060, let alone 4K, right?

Another example is Horizon Zero Dawn, a game that can use up to 7 GB of graphics memory in 1440p and 8 GB in 2160p on an RTX 2080 Ti. moves smoothly on a 6GB RTX 2060 Graphics memory at 1440p with maximum quality and at 2160p by fine-tuning the settings, not because of a problem related to a possible lack of graphics memory, but because it is very poorly optimized.

You have it clear, don’t you? Memory used and memory used are two very different things, and it is important to understand the difference between the two in order to overcome this myth. We haven’t made a magical leap in time, the games arriving on the PC are still adaptations of developments that start on the basis of the consoles from 2013, the hardware of which has been out of date for years no, the graphics memory requirement was not doubled while napping. 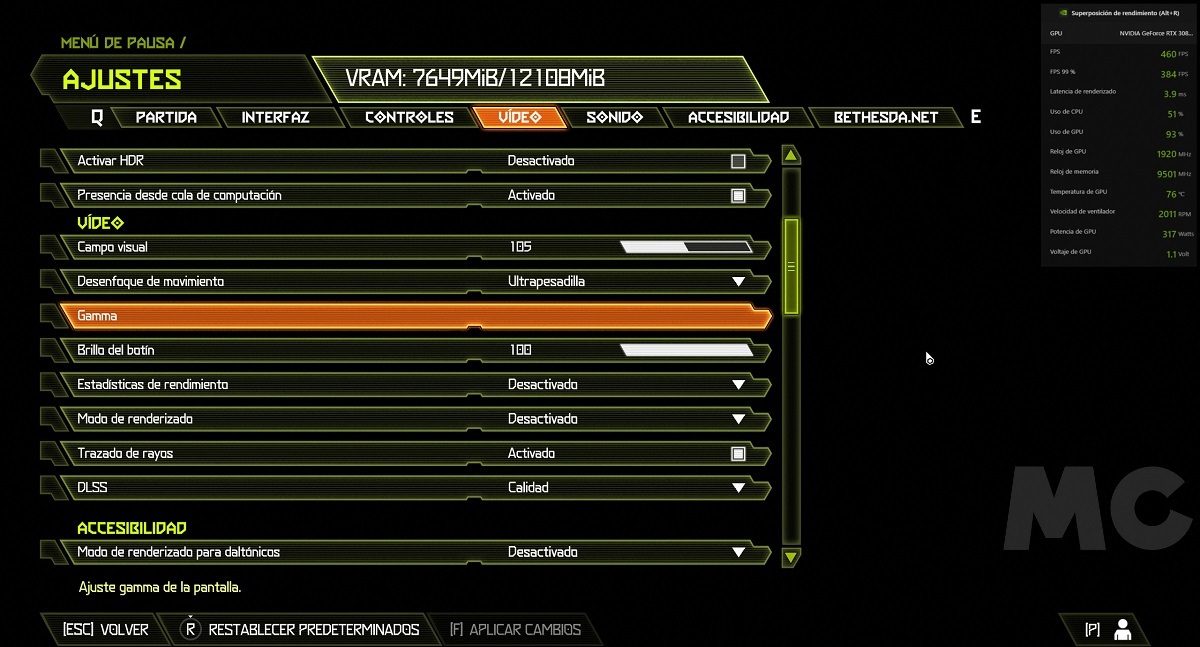 I know more than one will tell me it’s not a new myth, but in part it is as it now approaches under an idea as simple as it is inappropriate: More graphics memory improves performance in games. That’s not true, and can lead us to terribly wrong decisions. For example, consider the damage this can do to someone who opts for an RTX 3060 over an RTX 3070 because the former has 12GB of graphics memory and the latter has 8GB. Yes, laugh, but think that not everyone has the same knowledge.

The performance of a graphics card is not determined by the amount of graphics memory you bring with you, but by the meeting of a number of fundamental elements that we can summarize by and large and in order not to unnecessarily lengthen as follows:

Well, how does that affect graphics memory then? This component can limit the capabilities of a graphics card, that doesn’t allow any discussion. For example, in games like DOOM Eternal we cannot enable certain graphics settings if we don’t have enough graphics memory, and the same thing can happen in other games. but what we shouldn’t think is that one model that has more graphics memory already performs much better than another, in fact the opposite can happen in many cases. Continuing the previous example, an RTX 3070 is between 32 and 40% more powerful than the RTX 3060, even though it only has 8 GB of graphics memory.

If you have more graphics memory, you will not get more performance, but you will be able to access certain graphics settings that you would not have had with a smaller graphics card. There is nothing more, and you should always remember that with this in mind, The concept of used memory prevails, not that of used memory. 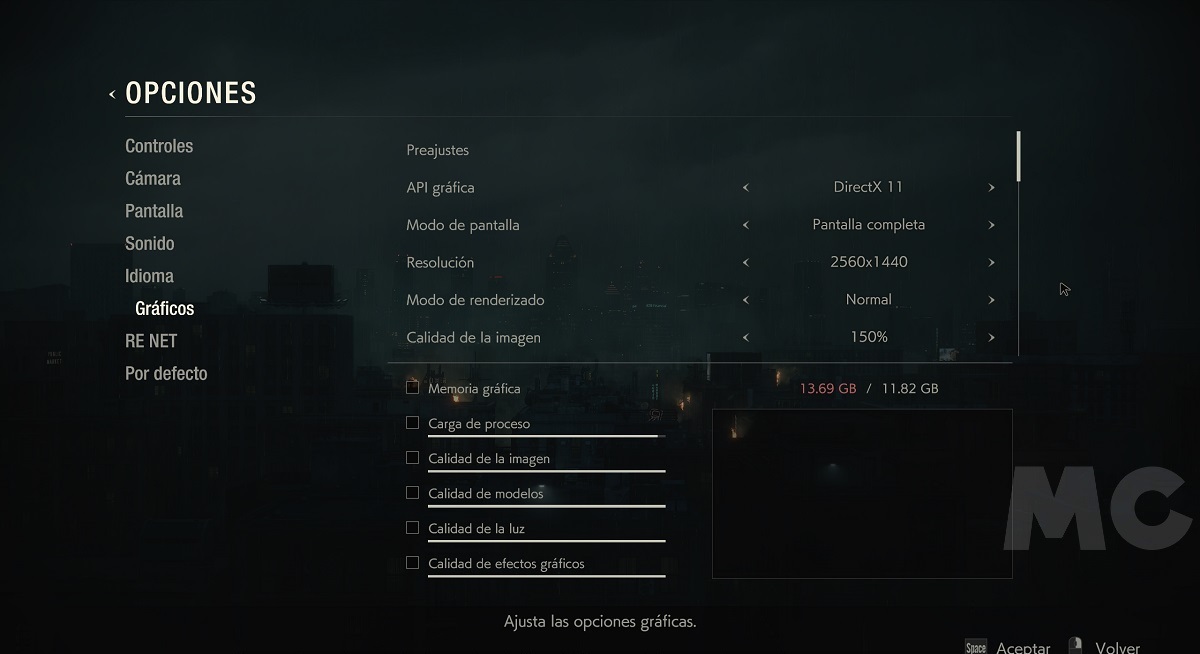 In Resident Evil 2 Remake, the exact opposite happens to what happens in DOOM Eternal, as we can see

3.-I can activate the maximum settings without fear, the graphics memory is a story

Let’s see it’s not a story, what happened this not all games handle this requirement in the same way, and they do not have the same dependency on this component. As I said earlier, there are titles that are so restrictive that they directly prevent us from activating certain graphics quality settings unless we hit a minimum of available graphics memory. However, there are others that go over the top, like the latest Resident Evil installments powered by the RE engine, which allow us to easily exceed the storage footprint.

Just because you can maximally configure a game without reaching its graphics memory footprint doesn’t mean it will work well. You may not notice any frame rate problems, and it is even likely that everything seems to be going smoothly until you suddenly hit an area of ​​high graphics load and you “boom” and start noticing stuttering issues , Error loading textures and recognizing elements that do not complete the rendering process on time.

Don’t you know what happened Well, I’ll explain to you that the game wanted to use more graphics memory than your card has, and when it found that its actual capacity was less than what I expected, You had to start with emptying and filling cycles which created a very distinct redundant work that stopped the normal operation of the game in its orbits.

This point is one of the most complicated because, as I said, it varies a lot depending on the game. For example, in Resident Evil 2 Remake, I had a specific problem exceeding graphics memory usage, but it only occurred in one area, the first time I encountered Birkin, when high smoke density was building up. In all the hours that I kicked him out after that, I had no problems again. If you want to dive into this type of game, your only option is option the trial and error method, Configure a setting that, in theory, you cannot move and test.