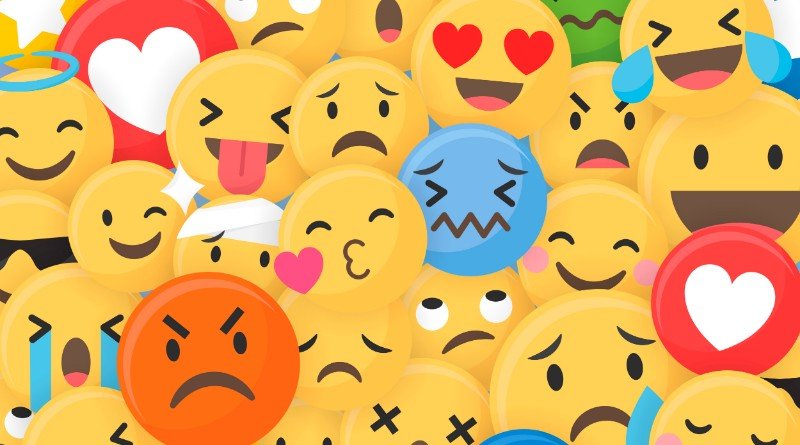 That weekend, on Saturday 17th July, World Emoji Day (#WorldEmojiDay) was celebrated, a holiday that has been going on for seven years and commemorates the creation of these symbols that allow easier communication and emotions in fewer signs express.

The emojis were created in September 1982

Emojis were born on September 19, 1982 when Scott Elliot Fahlman, a computer scientist at Carnegie Mellon University, invented the first emoticons to help understand the tone of messages, for example by using a colon and closing brackets to create a smile .

However, it was not until 1999 that the first colored emojis appeared, created by Shigetaka Kurita, a Japanese interface designer who created 176 characters of 12 x 12 pixels, inspired by Japanese culture such as Manga and Kanjis, for the mobile internet operator NTT DoCoMo .

Nowadays we use them every day to keep in touch with friends and family and we can even know in real time which ones are used the most. However, they are not only used in the personal area, but also in the work environment and increasingly in the course of teleworking.

With that in mind, Hootsuite has offered a number of tips on how to use emojis correctly at work so that they don’t deliver a confusing message or make mistakes while reading. They would be the following:

-Use the most common emojis: The most popular emojis tend to be smileys, hearts, hand gestures … for employees, using these effective, human-centric emojis is a safe bet for both external communication with clients and interns with the team. So everyone can really know the meaning of what is being said, and a symbol whose meaning is unknown will not be shared.

Know the recipient of the emoji well: Emojis don’t mean the same thing in all parts of the world. So when you send an emoji to a foreign customer, it may not be interpreted the same way.

-Be positive and put sarcasm aside: Emojis tend to be positive rather than negative, but for work it’s best to avoid the full spectrum of negative or sarcastic emojis as coworkers can confuse the message you’re really trying to get across.

-Everything in moderation: When communicating in a professional context, it can be okay to add a few strategic emojis, but don’t overdo it or compromise the clarity of your message.