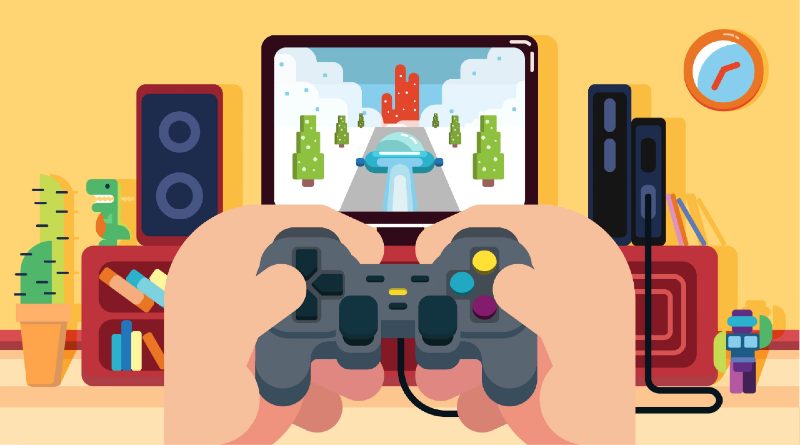 For gamers, RPGs (role playing games) are one of the best ways to get involved huge fantasy worlds in which they can embody the role of great heroes. This genre of games for mobile, console, and PC offers fantastic worlds, extensive maps, and the ability to create and improve a character while immersing the user in engaging stories.

RPGs allow players to take on the role of great heroes and fight to gain experience, find better weapons and armor, and improve their skills

The role-playing game is one of the genres that is most valued by gamers thanks to titles like Final Fantasy, Dragon Quest, The Witcher or The Elder Scrolls, which marked an era in the world of gaming. Next, we share a list of some of the role-playing games that will be most appreciated by users and critics of 2020:

– «Cyberpunk 2077» (PC, PlayStation 4, Xbox One, and Stadia): Despite the launch issues due to various bugs, Cyberpunk was one of the most anticipated titles of the last generation. Based on the classic role-playing game “Cyberpunk 2020”, it puts the player in the violent night city in the role of “V”, a mercenary who can be completely customized. The game has a decision-making system that really affects how the game develops.

– “Genshin Impact” (PC, PlayStation 4 and Xbox One): One of the massive multiplayer games that has raised most expectations in recent years and for many is an MMORPG version of “Zelda Breath of the Wild”. In Twyvat, a world ruled by the Archons, deities who give certain characters visions through which they can unleash their elemental powers.

– “Dragon Quest XI S Final Edition” (Switch, PC, and Xbox One): Although Dragon Quest XI was released in 2019, the final version was released that year. Following the style of the saga, with animations by Akira Toriyama, the player must embody the nameless hero in order to save the world from destruction by evil forces.

– “Persona 5 Royal” (PS4): The fifth part of one of the most successful sagas of the JRPG (Japanese RPG) tells the epic story of a group of students who have to use their “persona”, supernatural alter egos, to fight against demonic powers.

– “Demon’s Souls Remake” (PS5): The remake of the classic action role-playing game Demon’s Souls, which marked the beginning of the “Souls” sagas, which include the games “Dark Souls” and “Bloodborne”, which also gave a name to a play style that ” Souls Like “, which are characterized by a complex advance system and punish the player for every mistake.

– “Final Fantasy VII Remake” (PS4): New adaptation of one of the best JRPGs ever, using the power of the Sony console to renew the design of the characters and create a different game with a new system of skills and battles.

– “Wasteland 3” (PC, PS4 and Xbox One): Third episode of this legendary video game saga set in a post-apocalyptic world. On this occasion, the environment escapes the usual “Far West” aesthetic and immerses the player in a frozen and dangerous world in which he must improve his skills with vehicles and new combat options.

– “Dragon Ball Z: Kakarot” (PC, PS4 and Xbox One): Action RPG game that allows players to explore mythical locations from the Dragon Ball saga as they progress through the story and make friends with characters from the saga such as Goku, Vegeta, Piccolo or Gohan .

– “Godfall” (PC and PS5): A full of action and third-party combat game that rewards the player for every monster they kill. The further you advance and get better loot, the more complicated the missions get. You must acquire legendary armor and powerful weapons to emerge victorious.

– “Assassin’s Creed: Valhalla” (Xbox series, PS5 and PC): The new title in the saga has a strong role-playing component. The player must become Ragnar Lodbrok and form the Great Pagan Army with which he can conquer England. As you progress through the story, you’ll have to build and defend settlements, conquer new lands, and explore the world aboard a Drakkar, a Viking warship.

– –“World of Warcraft: Shadowlands” (PC): The new expansion of the mythical Blizzard mmorpg was one of the bestsellers. In it, players will hunt the Banshee Queen Silvanas to the lands of the dead, where they will meet old friends of the saga and join the inhabitants of the Shadowlands to fight the prison guard and try to restore the equilibrium of death.