Running Chrome OS from a USB is the easiest way to test the Google operating system for personal computers, since it can be done on Windows, Mac and Linux machines without all the systems installed.

Chromebooks, the spearhead of the platform, continue to gain ground on the computer desk. More than what Microsoft would like and surely less than the goal set by Google, but beyond numbers the reality is that it has become an alternative to Windows and macOS and the best selling of those based on the Linux kernel.

Acquiring a new Chromebook is the way to get the best Chrome OS experience and more in an era where this type of machines – without reaching the Windows offer – has got rid of previous complexes and stigmas in a general approach towards input range and low cost and today you can find such advanced hardware machines like the Samsung Galaxy Chromebook.

This hardware improvement; the support extended to eight years; the greater possibilities of using Chrome OS itself beyond the Internet and the cloud or the ability to run Android and Linux applications, is getting this platform be increasingly attractive and can expand its objectives beyond the education sector, to the big consumption and to companies.

How to run Chrome OS from a USB

If you are still not convinced about it and want to test for yourself the capabilities of Chrome OS, the use of an installation like the one we are going to propose is the easiest way to do it, with a method very similar to «LiveCD» or « LiveUSB »that we use to test GNU / Linux distributions, rescue tools or malware software.

Google does not officially offer a way to do it, but independent developers have discovered ways to experiment with the system. This practical It works on Windows, macOS or Linux machines, without having to touch anything from your main operating system.

The requirements They are really minimal with what can be used on many millions of machines, new or old. To do this you will need the following:

Once with the previous requirements covered the creation of this type of media is extremely simple as you will see in the following Step by Step. We are going to do it on a machine governed by Windows 10 and we are going to use a USB flash drive of 32 Gbytes of capacity on a USB 3.0 port. You can use the one you prefer, but the more speed we have on the pendrive and the better the user experience. In all cases we will lose the data stored in the pendrive. Make a previous copy of it if you need it.

– Download and unzip the image of Chromium OS. It is the open source project on which Chrome OS is based. Google does not offer an official version beyond those delivered to manufacturers for new equipment. The best alternative source is Arnold The Bat, which offers images for both ARM machines (which you'll see as CARMOS) and x86 for Intel or AMD. The latter are the ones that we are going to use, so we download the image labeled «Camd64OS-20200218010101.img.7z«. It is the last one published last week.

Once downloaded, we extract the image in .IMG format that we will use. You can do it with your favorite decompressor or the ones we have proposed above.

– Prepare the pendrive. Format the USB disk that we are going to use. In Windows it is very simple from the file explorer. We use the FAT32 format and label it as "ChromeOS" to facilitate its location. If you are using a Mac, you can format the pendrive with the internal disk utility, while in Linux it is best to use GParted. 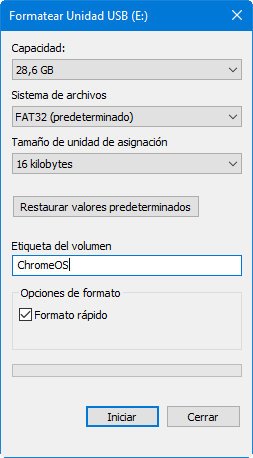 – Image flashing. Once the media has been formatted and inserted into a USB port of the device, and with the image of Chromium OS downloaded to our device, we only have to flash it with the Etcher tool. 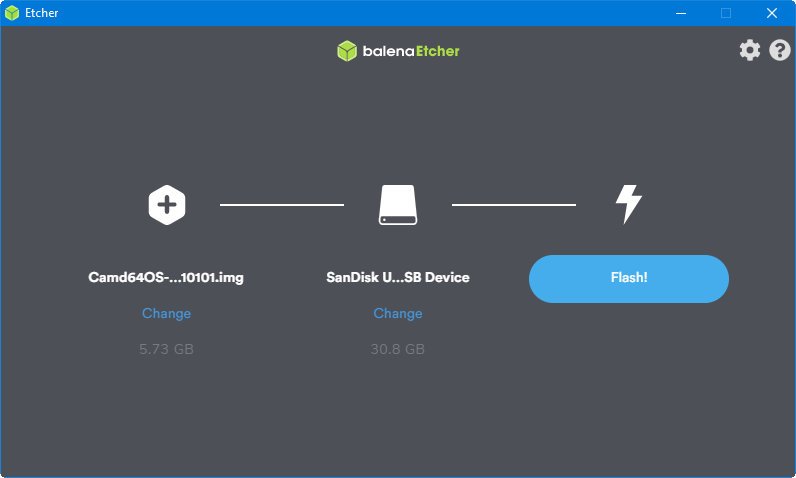 It is as simple as executing it, select the path where we have downloaded the image and proceed to its flashing. Etcher validates the recording process once completed and will leave the USB drive ready for use.

– Booting and using Chrome OS from a USB. We only have to boot the computer and go through the BIOS / UEFI to ensure that the USB drive will be the first to boot before the hard drive or internal SSD. From there we can use Chrome OS from the pendrive without interfering with the operating system installed on the machine.

How to install Chrome OS on any PC

OK. I have already tried the previous method and I liked Chrome OS. The use of a "LiveUSB" allows systems to be run from that medium, but we will have the best experience with a installation complete.

There are several ways and they are not as simple as a live media, but if you want, you can review the practical article that we offered about a guide called Chromefy published by a developer on the XDA-Developers portal and that allows you to install the full version of Chrome OS on almost any PC or tablet. We remind you step by step in case you want to try:

It's not easy, but if you want to try it, Chromefy is uploaded to GitHub with a full step-by-step tutorial of its use. There is also a support group open on Telegram. In principle, the method is intended for Chrome OS to occupy the entire computer although the developer also offers a guide to install it on computers alongside other systems such as Windows or other Linux with multiple boot.

Several methods to use the Google system, although if you do not want complications and for now you will only try the system running Chrome OS from a USB is the easiest to start.