The streaming platform Twitch suffered a crash across Spain this afternoon, suspending its service for the moment without knowing when it will be active again. The reason could be a court-ordered domain freeze.

Users of the Twitch platform in Spain watched all afternoon seeing error messages appear while trying to play content. Although the website is accessible, the videos and live content are not accessible via streaming.

According to the Downdetector.org website, this is the map of the incidents recorded in Spain at the time: 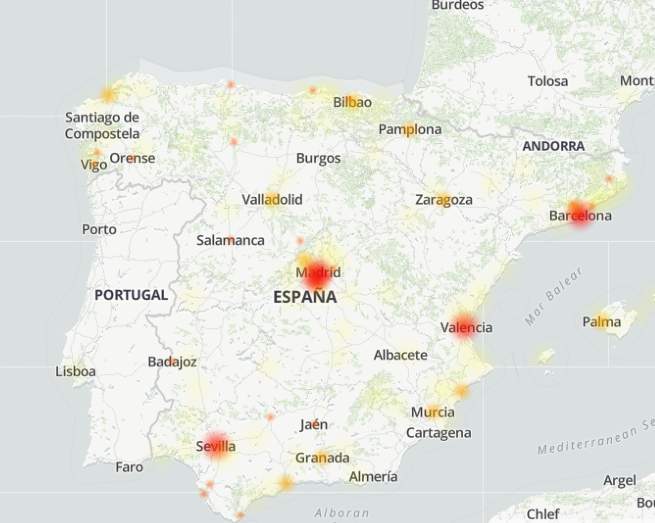 Since the business interruption appears to only affect one country, the reason could not be a technical error from Twitch as it works normally in the rest of the countries. According to several users on Twitter, the reason for the decline is in Block domains from Twitch servers of telephone operators based on a court order.

All operators in Spain (Vodafone, Orange, Jazztel, Movistar …) have blocked the .ttvnw.net domains (which correspond to Twitch servers) due to a court order. There is currently no connection.

If in fact the reason was one Domain blocking due to a court orderThis order, issued in the course of legal proceedings, would have been received by the telephony and telecommunications operators (Movistar, Vodafone, Orange …), who would then block their customers’ access to the domains mentioned in court.

Another user saw a message that appears when accessing Twitch content that already specified it. «Content blocked at the request of the competent authority«.

It is worth remembering that after the adoption of the new Intellectual Property Law, the Ministry of Culture has the power to appoint it Intellectual Property Commission, an administrative authority whose powers include ordering the closure of a website under certain conditions, for example in the event of repeated copyright infringement. The procedure would be the same as described above, using an order addressed to dealers for blocking web domains, although in this case go without the courts.

On the other hand, some users have reported that they had access to Twitch content. This may be due to the fact that their telephone operators have not yet received this judicial or administrative order to block the domain or that they have received it but have not yet proceeded with the blocking ordered. However, Movistar responded to several users on Twitter who asked about the failure of the service that this had nothing to do with the operator and that they had not received any judicial notice.

Given that this alleged blocking arrangement, if so, only applies to operators offering services on Spanish territory, this blocking can in any case be bypassed using a VPN, a tool that manages Internet access in this way Mask the IP address from which the user connects.

Another option could be to access Twitch through the Opera browser, which has its own VPN by default. This is recommended, for example, by the popular Youtuber Ibai on his Twitter account.

IF YOU WANT TO SEE TWITCH: