Vegetta777 is the acronym for Samuel de Luque. You probably know who we are talking about, since it is one of the most famous YouTubers of all time.

Samuel had never imagined ending up dedicating himself to this activity: in fact, he studied nursing assistant and at the moment he obtained the degree, he got into YouTube with a specialized gameplays channel.

The first game that went up was that of Uncharted for the Playstation 3. Due to the success he achieved, he kept uploading videos and this made his audience continue to increase.

Although he records videos on any type of subject, he is more specialized in Minecraft than in another video game.

We have also seen some of his humor series, made with such a high quality that it looks like a film production.

Let’s dig a little deeper into your life.

He has become very famous for his gameplays of games such as Minecraft, GTA V, Rainbow six, Hello Neighbor or Roblox, among others. It is the tenth most famous youtuber in Spain and the 4th Spanish-speaking with more followers from all over YouTube. It is behind ElrubiusOMG.

We don’t know much about his past. The only thing we know is some data that Samuel has progressively revealed: as he was very good at plastic, he has lived for a while with his friend Willyrex in Los Angeles and lives with a cat called KIRA.

Books you have written

In addition to making gameplays for their YouTube channel, in collaboration with Willyrex they have written some books:

The idea of ​​these books is to try to get the reader to participate, creating an interactive game type, being part of it as if it were one more character.

Series you have done

He has also made many series, especially in relation to the Minecraft world. Among all of them, we highlight those that appear below:

Vegetta 777 and its success among children

Samuel de Luque, without even trying, has become a complete video game leader for both children and adults; However, it is these first that usually frequent their channel. For this reason he always adapts his vocabulary to them; try to be as fun as possible but yes, also try not to be rude.

Although the most common theme of his videos is Minecraft, the truth is that it is not the only title that participates. With just a look at the channel we will realize that you always try to be as varied as possible.

His passion for the Gameplays

In case you don’t understand the concept well, A gameplay is nothing more than a video that we can record while testing a game; what Vegetta777 does at all times. You have to know that these types of videos are the most popular; even above music videos.

Currently, only in Spain, 80% of the most famous youtubers are dedicated to playing and recording their games. It is undeniable that we all like to play and sometimes watch others play. For this reason, if we are regular gamers, sooner or later we will get on YouTube and find videos of Samuel.

Another reason for its success among children is that it always bets on publishing videos that consolidate rapidly in the market. Minecraft is a very popular game that, although at first it may have an attractive style and aesthetic, it will not take long to hook the user in a definitive way.

But not only does he upload videos of this game, he also does it for example; GTA V, it is true that right now it is not too famous but it was as soon as it appeared in the market and he was uploading them from the first moment.

If we take a look at the preferences of users on YouTube we will realize that, in the matter of games, of every 100 videos viewed, approximately 50 belong to the Minecraft world while some 20 are from GTA. For this reason, Vegetta777 gets most of its recognition thanks to them.

The first videos he uploaded to the channel were from Uncharted, although it helped him to get good visits, it wasn’t until he started uploading Minecraft videos when he would be able to get that great push that would lead him to position himself in the market.

Now, you never know on YouTube when a new game is going to become a legend. Samuel knows it and that’s why he’s always testing current games; but it is still unknown when one of them is going to make him increase his visits or followers.

But, unlike other youtubers, Vegetta777 doesn’t just play. He has also known how to make the most of video games to be able to record series from them. Publish both Minecraft and GTA V series; In addition, as anyone we can see on television, the chapters are published chronologically.

The goal is to hook the follower to continue watching and get more visits and subscriptions.

It also follows a bit the idea that a physical book can have: if you are reading, for example, an intrigue saga. At the moment we reach the end of one there will always be that little detail that will hook us so we can continue to see the next chapter. Vegetta777 is an expert in achieving that level of tension.

In addition, it also usually creates what is known as playlists. In this way, the user will not have to be going crazy to be able to find the next video. At the moment one finishes, the next one will begin, just as easy, making you barely waste time between one another.

Samuel de Luque knows that the only way to persevere on YouTube is to publish videos with a very high frequency. For this reason always try upload 3 videos a day; He has been doing it for three years without interruption and ensures that he will continue doing it for much longer.

Now, it is also true that in some periods you usually take a few days off (something normal since it is your job and you cannot give up, you have to do it every day without stopping).

The regularity with which you upload videos is so high that users will always find new content. In this way, if, for example, you have been hooked to one of the series you are creating, you will not have to wait long for it to continue; With this frequency it will be like seeing them continuously.

This technique is very good because thanks to it it manages to retain its followers and encourage them to be able to see all their videos.

It is estimated that it has an average of about 52 videos per month (between 2-3 daily videos). Think that YouTube has a golden rule; The greater the number of videos that a YouTube has, the much simpler it is that it can be positioned in the market.

Let’s say it’s like we’re at sea and throwing a whole series of hooks; sooner or later, if only by statistics, in some of them they have to sting. 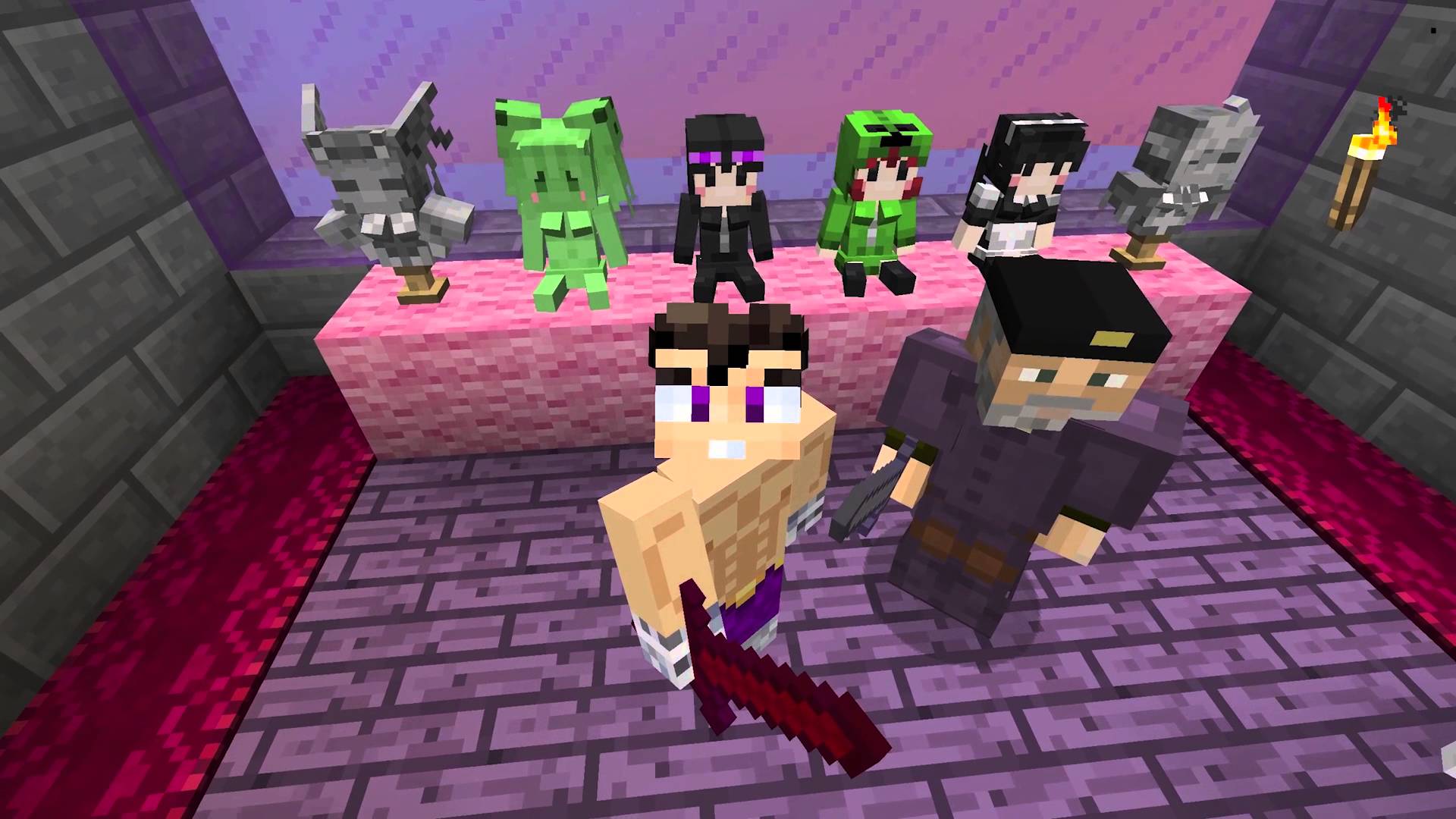 Now, as in almost everything, there is no use doing much if the quality of what we do is not high. This also happens on YouTube; Some people strive to make videos without stopping, up to 5 a day, but do not devote themselves to perfect their quality so that it can become the maximum possible.

If a user finds that the 5 videos are the same and that they do not contribute anything, it will be very difficult to see a new video of yours and it will be even more complicated to subscribe to your channel.

Vegetta777 creates many videos a day, it’s true, but all of them with optimal quality. Not only do we get the highest quality content but in aesthetic terms, it is also. Gone are his first videos where all were uploaded in mediocre qualities of 360p; Now the market has advanced a lot like the technology that youtuber has to advance in it.

For this reason, we can find that the quality has risen to 720p and, even, has been able to reach 1080p.

Duration of the videos

Although, in general, the duration of the videos has decreased since the first time it was done, it always is. There are some that last up to 30 minutes, including others up to 1 hour. He usually makes very long videos because he knows that it is one of the factors that help him differentiate himself from the competition. In this way, he gets his followers to spend more time watching his videos: he increases viewing time, earnings and manages to create an even more powerful bond with his followers.

The algorithm that YouTube uses will prioritize this type of content and make it more easily positioned than others.

Passion in his work

What is undoubtedly the key that has taken him to where he is is the passion and waste of energy that turns into everything he does. When we see it, we realize that he loves what he is doing; when he makes his videos he enjoys them, he has a great time with it.

Finding a person who is capable of efficiently doing their job but who is also able to enjoy it is not always easy … but Samuel de Luque has succeeded.

The evolution of his videos has also been decisive: in the first he showed an attitude, although funny, that had not yet been defined. However, little by little and thanks to the support of its public follower, it has managed to position itself in the market and now it is as it desires to be.

These are some of the keys to its success among children.

Curiosities: Some of his most repeated phrases

If you have actively followed through their videos and social networks, you will surely have a great time remembering these phrases that usually repeat a lot:

You already know a little more about the life of one of the most successful YouTubers and all their achievements.