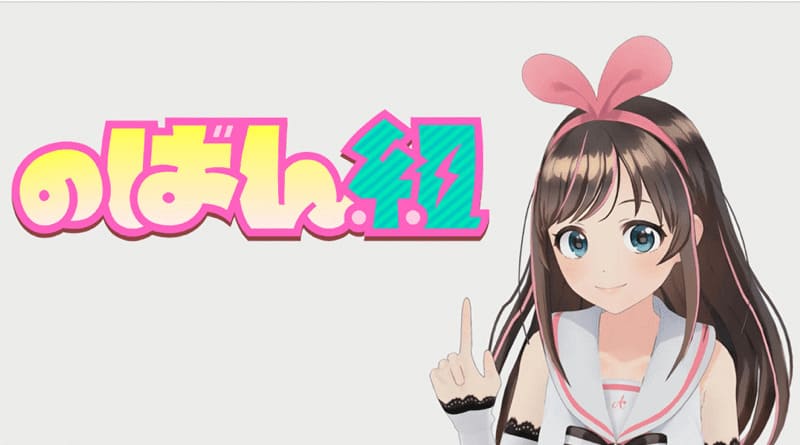 YouTube and Twitch channels are starting to have new completely virtual idols with artificial intelligence and automatic digital imaging. They are the new VTubers, as well as the protagonist of their own YouTube channel, Kizuna AI, whose name plays with the ambivalence of the Japanese word “ai” (love) and the English abbreviation AI (artificial intelligence).

Kizuna shows the typical appearance of the protagonists of the shojo manga (comics with young girls) with long legs, a short skirt, a band that gathers their hair, in which there are small rabbit ears, and shows a series of characteristic gestures and movements of these Characters in anime and video games. Even though his voice is from a real person, his is his Gestures and movements they are generated automatically by artificial intelligence.

She first appeared in 2016, became the first fully digital Vtuber, and has since participated in several events. From the role as a model for the Valentino company to the leading role in advertising campaigns for SoftBank or the National Tourism Organization of Japan. It even offered live concerts that could be attended by platforms such as YouTube, TikTok, Bilibili or via virtual reality with Oculus devices on the Venues platform. Even offered a live performance on the occasion of his birthday with a band of human musicians, with front-row seats costing $ 150.

Prior to the pandemic, the vtubers’ niche seemed limited solely to the Japanese fanboy and otaku subculture, but over the past year and a half their popularity has grown. Playboard, one of the statistics aggregators on YouTube, has been reporting this since October 2020 Vtubers have increased their visits Exceed 1,500 million monthly views.

In part, this broad audience comes from what is called in Japanese. is described moe, a term that refers to the physical attraction to a being that exists beyond reality and sometimes implies the manifestation of an attraction to the charm of an idealized and flawless youth. Hence, this object of desire sometimes corresponds to an adolescent or childlike character, with the tricky implications that this implies. The underlying problem can be ignored when dealing with virtual characters, eternally young, eternally flawless, allowing those who interact with them to be rid of guilt.

Totally deprived of this squeamishness Projekt Melody is a virtual stripper who appears on Chaturbate and Twitch and follows the instructions of his followers to the letter about what to do with his body and with some objects. The objection that could be raised is that their appearance is underage. But of course it doesn’t really exist, it’s not a person but a virtual character that stretches the ethical issue in terms of the rights that an artificial intelligence could have or a synthetic character.

You begin a vital journey and increasingly frequent interactions, but these virtual idols are not new to the field of fiction.

Originally published in 1989 and created by Masakazu Katsura, «Video girl AI»Was a manga (later adapted to anime) that tells how a girl who comes out of a video screen helps the protagonist to clarify his feelings towards two of his friends. William Gibson, the father of cyberpunk, published the novel “Idoru” in 1996, a black genre teknot thriller set in a dystopian future in which the protagonist has to protect a fashionable singer who wants to get married idoru (Idol, in Japanese) virtual.

In addition, the popularity of these virtual streaming idols is finding widespread thanks to the availability of cheaper technologies that make it possible. Just three years ago, advanced motion capture software was required that is only available to large Hollywood animation studios at a cost of more than 30,000 euros, while today there is software like Live2D Cubism that makes it possible Generate convincing Vtubers for less than 100 euros, or like Ugatit, a program that turns the protagonist of each photo into an anime character.

what are the reasons why Google does not index a website?