Another connection has been discovered between complex life, of which man is the clear exponent, and archaea, which are organisms that arose in the distant past. The discovered connection concerns the evolutionary origins of the cell division process, which is of fundamental importance for the complex life on earth.

The discovery is the work of an interdisciplinary team of scientists led by Nick Robinson of Lancaster University and Buzz Baum of University College London, both based in the UK.

The investigation provides new and insightful data on the Cell division the microbe Sulfolobus acidocaldariusthat thrives in acidic hot springs at temperatures around 75 degrees Celsius. This microbe is classified among the named unicellular organisms Sheets that appeared in evolutionary history 3.5 billion years ago along with bacteria.

The Eukaryotes appeared at the evolutionary stage about 1 billion years later, probably from a endosymbiotic event in which an archaic cell and a bacterial cell were fused. The resulting complex cells evolved into a new division of life that is now the Protozoa, the Mushrooms, the plants and the Animals. 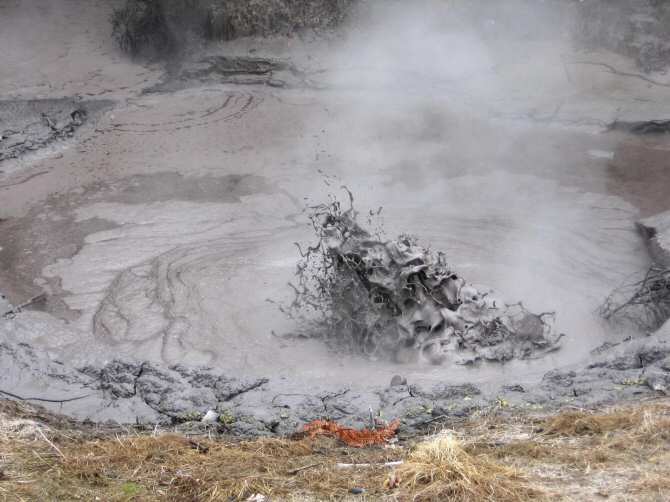 The Archaea Sulfolobus acidocaldarius thrives in geothermal mud pools like this one in New Zealand. (Photo: Lancaster University)

The new research has discovered a regulatory mechanism for cell division that is present in both Sheets like with eukaryotes. The finding comes after evidence that the Proteasome (sometimes referred to as the cell’s waste disposal system) regulates cell division in Sulfolobus acidocaldarius by the selective breakdown of a specific set of proteins.

This is important because the proteasome has not yet been shown to control the process of archaeal cell division.

The proteasome is evolutionarily conserved in both archaea and eukaryotes, and it is already known that the selective proteasome-mediated breakdown of proteins plays a key role in the regulation of the cell cycle in eukaryotes. (Source: NCYT from Amazings)