Sony has finally moved the tab with its new generation console. We already know all of your keys, however What components should it have? a PC at PS5 level? It is an interesting question and I am convinced that it has occupied many of our readers in the past few days.

Last year before the specific specifications of this console were confirmed, we dared to publish an article where we saw exactly this question, that is, we analyzed what a PS5 level PC needs to be, and the truth is as We had enough goal, although we didn’t hit the mark at all.

We already have all of the PS5 features on the table, although Sony has not confirmed which developer and developer resources will be free Which part of them is reserved for the system. This is an important nuance because it implies a reduction in the real hardware available for games. In the case of the Xbox Series X, we know that a processor core and 2.5 GB GDDR6 in its variant with 336 GB / s are available for the system, which means that developers have access to seven cores (14 threads) and 13. 5 GB of uniform GDDR6 memory.

I don’t think PS5 will be very different from what we’ve seen in the Xbox Series X. That means that Sony will most likely reserve between 2.5 GB and 3 GB of memory for the system in addition to a CPU core. On Xbox One and PS4, developers initially only had Access to six of the eight processor cores, and had 5 GB unified memory of a total of 8 GB.

I wanted to start with this clarification, because when you look at the hardware a PC must have at PS5 level, strictly speaking, we don’t have to start with its basic hardware, but rather the hardware that is free after deducting this part the same that is reserved for the system. This reality helps us understand why some new generation titles with 6GB of RAM can be played so well, especially in the early stages of Xbox One and PS4, and why quad-core processors have been standard for so long. .

It is also important to note that we do not know that exact cache settings that it uses PS5’s Zen 2 processor and that the improvement in IPC that the RDNA 2 architecture will bring remains a mystery, as does its performance with ray tracing. This means that we are still a little blind when we evaluate the necessary components of a PC to be at PS5 level. 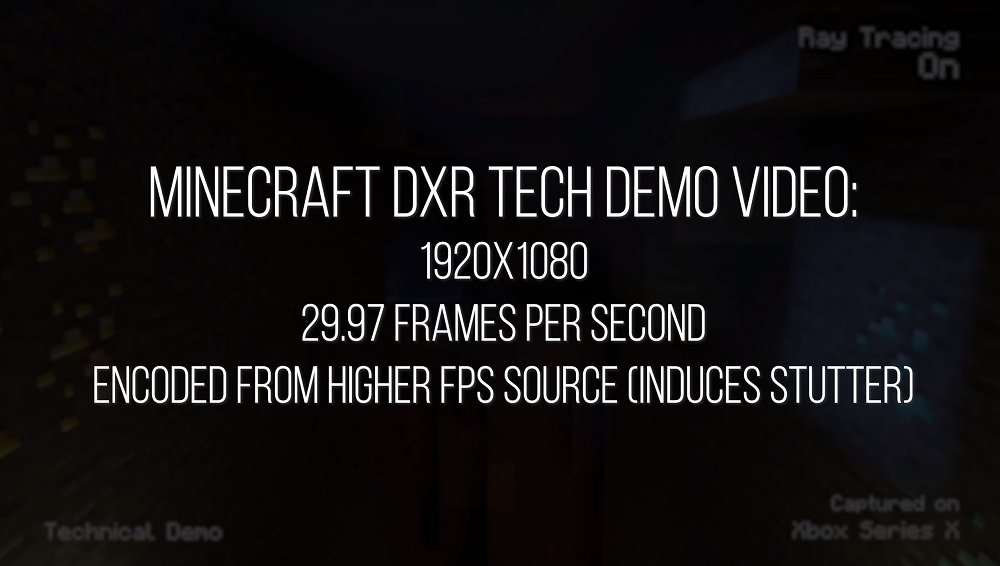 The first technical demos that we saw in both real games and technical demos (Minecraft RTX runs on an Xbox Series X. and the Unreal Engine 5 demo) leave us a fairly reliable base to use as a starting point:

We already have the base Let us see the components we would need to shape a PC that is at PS5 level.

What components must a PC at PS5 level have?

We start with Processor. We know that PS5 will use an 8-core CPU based on the Zen 2 architecture, which can reach frequencies up to 3.5 GHz. However, it is a semi-personalized design, which means that up to 16 threads can be moved, reducing the working frequency, which could have very limited cache settings.

We have already seen that Microsoft has confirmed that the Xbox Series X CPU runs at 3.8 GHz with 8 cores and 8 threads will drop to 3.6 GHz with 16 active threads. Since PS5 uses the same chip type, we can expect a similar problem.

The cache topic is undefined, but if your processor is confirmed will only have 4MB of L3 cache The drop in performance would be so great that even with a Ryzen 1000 series (first generation) we would have everything on our PC to be at PS5 level when it comes to CPU. A lot of information has pointed in this direction, and I have to say that for reasons of cost, it is complicated that AMD was able to integrate a Zen 2 CPU with 8 cores and 16 threads 32 MB L3 cache and an RDNA 2 GPU with 2,304 shaders in an APU at reasonable cost.

We have all the information we need to make a decision and I think it’s very easy. There will have PS5 a processor with at least 7 free cores at a relatively low frequency (up to 3.5 GHz) and an IPC lower than Zen 2, I think that of a Ryzen 5 1600 AF We have everything a PC needs to be at PS5 level. This processor has 6 cores and 12 threads with a frequency of 3.2 GHz to 3.6 GHz, normal and turbo mode, 16 MB L3 cache and can be overclocked loudly up to 3.8 GHz to 4 GHz. Good luck we have with the silicon lottery. 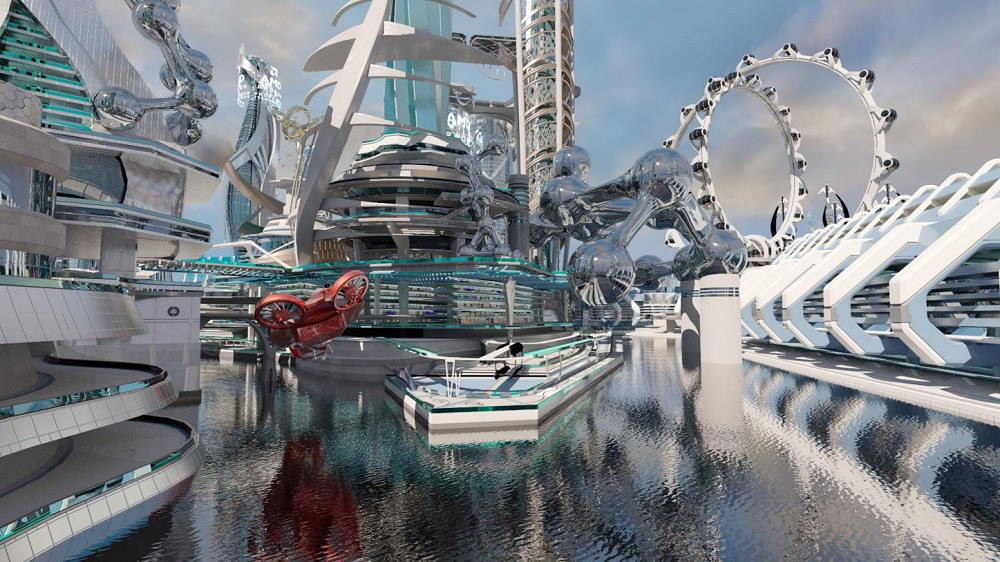 We now jump to talk about the graphics unit. We know that it will have 2,304 shaders, 144 texturing units and 64 raster units, and that it will communicate with the GDDR6 memory over a 256-bit bus. The operating frequency reaches maximum peaks of up to 2.23 GHz. We are not sure which IPC improvement the RDNA 2 architecture used in this graphics unit will bring, but we have extensive information that serves as a basis for decision-making:

If we put together these three keys and the specifications we gave you in the previous paragraphs, the conclusion is clear in my view. If we want to assemble a PC so that it corresponds to the level of a PS5, this should be enough for us an RTX 2060 Super and at best, because basically something tells me that even with an RTX 2060 we could be at its level or even a little bit above.

Regarding ray tracing, I repeat what I said on other occasions. I’ve seen rumors that ensure the RDNA 2 architecture not really over the 20’s RTX Working with this technology is somewhat understandable as it is AMD’s first adventure with ray tracing and both the PS5 and Xbox series will use this technology only to a very limited extent and with “tricks” to impact the Reduce performance, such as temporary buildups and rescaling.

I have to say that the demo that AMD released at the time amplified these rumors significantly as it is pretty bad and presents blurry reflections and little care and it also has very limited frame rate per second (Look at the idiots, they are more than obvious).

I dont know
We have a cheap but powerful processor and a mid-range graphics card with ray tracing acceleration and 8 GB GDDR6Now it’s time to take a look at RAM. It is clear that with 8 GB we would not have what a PC at PS5 level needs, but would have to look for a configuration 16 GB RAM. From a frequency of 3,200 MHz and CL16 latencies, configured in Double channelWe already had enough and the Ryzen 5 1600 AF could unleash its full potential without any problems.

We’re now entering a tricky topic, the SSD. It is without a doubt the most complicated component there is, since the PS5 mounted unit achieves that 5.5 GB / s in sequential operation uncompressed and has a capacity of 825 GB. This speed is not achievable with a PCIE Gen3 x4 standard drive, which means we have to purchase A motherboard that supports the PCIE Gen4 x standard4, something that increases the costs considerably team and look for a unit with sufficient capacity. The 1 TB Corsair MP600 Force series is the closest option because it works at 5 GB / s.

All in all, I realize that every current PCIE Gen3 x4 SSD can provide an excellent experience In new generation games, a 2.4 GB / s device will be installed on the Xbox Series X, and in the end developers will always prioritize the lowest common value, as has been the case with the very slow PS4 and Xbox One hard drives.

We already have the processor, graphics card, and RAM, and we’ve talked about the motherboard and storage device, but we still have a few outstanding things this PC would need at PS5 level 4K Blu-ray optical drive and the sound solution. On the market There is no direct equivalent to the PS5 Tempest chipbecause it’s a bespoke solution, but a sound card like that Sound Blaster Z. This allows us to enjoy a first-class sound that is a sensible investment.

We also have to take into account that we need a chassis and a power supply. We would already have all the components this PC needs to be at PS5 level, at least on paper, since the experience with consoles, as we know, is ultimately the experience. much more polished and optimizedThis means that it is very likely that the same games will work better on PS5 than on a PC with the configuration we mentioned.

Endnotes: The value of next generation consoles

If we add a Blu-ray drive, the cost would be even higher, that’s obvious. With this in mind, it is clear that the idea that the PS5 and Xbox Series X will come on the market at a price between 500 and 600 euros is by no means crazy, since the components that a PC at PS5 level must have are twice as high are numbers (1,129.58 euros the configuration we specified without a Blu-ray drive).

I know what you think, how is it possible to launch consoles with such hardware at such a low price (compared to a PC equivalent)? It’s very easy, both Sony and Microsoft have made agreements with the big companies in the industry to get components at very low prices The PS4 APU costs $ 100and that only the GPU corresponded to a graphics card that existed $ 250 on the general consumer market.

I think this example perfectly illustrates the reality of console hardware. The PC world has many advantagesWe have spoken about this on other occasions, but from a perspective that is limited to the cost of hardware consoles offer more interesting valueespecially in the first half of its life cycle.