The planet Neptune can be seen from Earth on rare occasions. It is at a precise time that occurs only once a year. In 2021, it could be seen on September 14 from many places on planet Earth. This happens when an astrological phenomenon occurs. It is Neptune in Opposition.

The phenomenon is called Neptune in opposition to the Sun. Only at that time the planet can be observed from the Earth. Neptune is the most distant planet in our solar system and is not observable under normal circumstances.

On September 14, Neptune faced the sun and its brightness was observed from our planet. That is, the Earth was aligned between the Sun AND Neptune. However, it is not easy to identify it in the night sky. Although nowadays, the Internet can make it much easier to observe it, it is still necessary to have a telescope.

The first observations of Neptune

In 1612, Galileo Galilei observed Neptune, although he mistakenly mistook it for a star. During the 18th century, several astronomers noticed that Jupiter, Saturn and Uranus did not behave according to the known astronomical laws.

By mathematical deduction, they noticed that between their orbits there must be another planet. Astronomers John Couch Adams and Urbain Le Verrier calculated where it might be. However, it was a third astronomer, who based on the calculations of the previous ones, observed Neptune for the first time. It was the German astronomer Johann Gottfried Galle, on September 23, 1846.

The other planets of our system were discovered by simple observation. Neptune, on the other hand, was discovered by mathematical calculations by Adams and Le Verrier.

It is worth mentioning that at the time, they polemicized over which of the three was credited with the discovery. Adams praised Le Verrier’s work, although Le Verrier claimed the discovery for himself. However, history set the record straight and all three astronomers were credited with discovering Neptune. 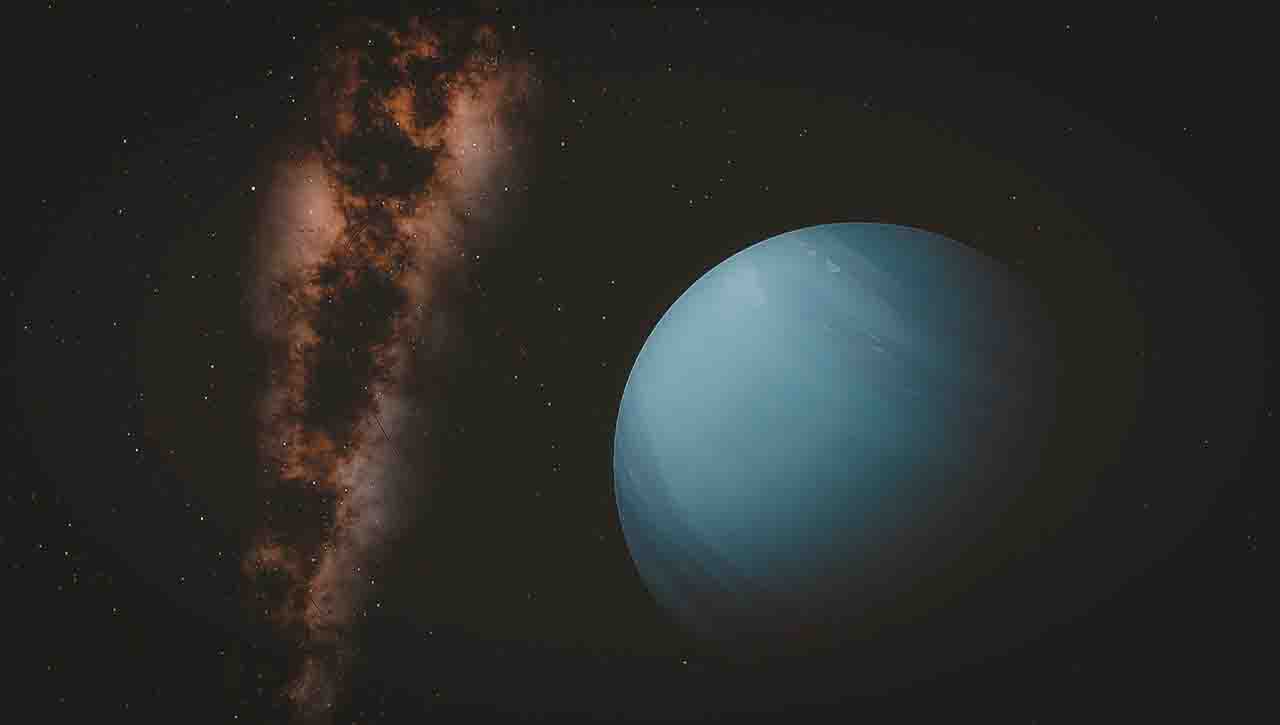 Neptune is a blue planet larger than Earth

Neptune is believed to have a core composed of rocks, which are covered by a mass of fizzing water. All of this is covered by an atmosphere basically composed of hydrogen, helium, and methane with a lot of density.

Neptune’s diameter is four times that of the Earth and a current Earth spacecraft would take 12 years to reach it. It is believed that the intense blue that characterizes the planet is due to the methane that covers it.

A day on Neptune is 16 Earth hours long. Although this planet takes much longer to complete one lap of its orbit. What the Earth completes in one year, Neptune takes 165 Earth years to go around the sun completely.

It is believed to be a dark, windy, and very cold planet, making it uninhabitable for humans. The closest known view of the blue planet was provided by the Voyager 2 spacecraft. It passed within 3,000 miles of Neptune in 1989. This gave scientists an idea of what the planet is like.