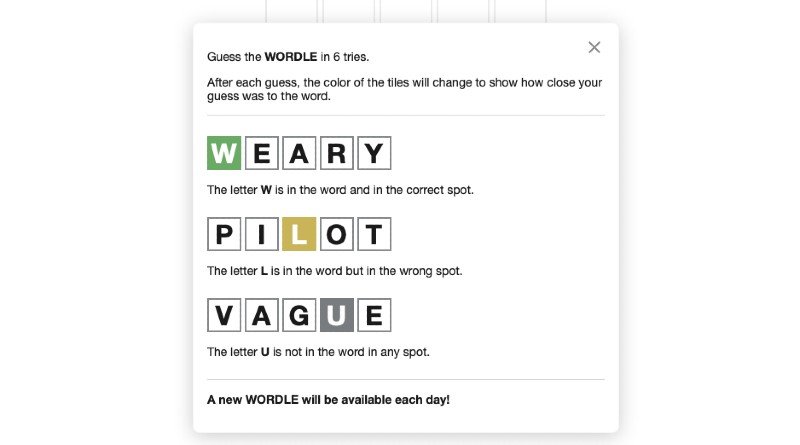 In the last few days you may have seen that some of your contacts have shared on Facebook, Twitter or any other social network, the score they have achieved in “Wordle”, next to some colored boxes. But… what is this game and why has it gone viral?

This is one of the best FRIV games of the moment, which you can also enjoy from anywhere just by accessing its website. It is very simple and its mechanics are tremendously addictive, but it is above all the fact that many people are sharing their score on social networks that has fueled the viral phenomenon, which is growing as much as games like FarmVille or the almost forgotten Angry Birds did in their day.

You will find that Wordle’s mechanics are familiar to you and reminds you of games such as Mastermind, the television game Lingo or the famous board game Intelect. What you have to do in Wordle is to guess an English word, composed of five letters, from among the more than 2,500 that are part of the game.

Once this is done, you can enter another word, trying to guess what is hidden under the squares, using the color code -which indicates whether you have guessed a letter correctly in terms of position or not- to do so. You have a maximum of six attempts.

The thing is that in Wordle you can’t play as much as you want Each player can only play one game per day -with its six attempts – to guess a word. This restriction may be the reason why it has become a viral and addictive phenomenon. Being able to beat the score and guess the word in fewer attempts is something that only tomorrow the user will be able to try again, as well as sharing the result on social networks.