We already know the price for PS5 and Xbox Series X. Also We have your specifications clear, and everything related to such important issues as the amount of memory the user has free, the advanced features that help improve the gaming experience, the services and ray tracing acceleration technology that both consoles use.

Those of you who read me every day will have seen that I am very critical of the new generation of consoles, especially those with PS5. This has resulted in my receiving various insults from the fans on duty, but I know that most of our readers know that I am completely impartial and that my aim with these articles is not to belittle the PS5 or Xbox Series X. unless refute the hype that created a giant bubble to both before their official presentation, and highlight the excesses of marketing that are of no use to the user.

It doesn’t seem fair to say that a console can move 8K gamesor who can move Gaming in 4K and 120 FPS with active ray tracing, and let both pieces of information be used throughout the internet, though they are obviously wrong. We already saw at this point that PS5 isn’t a 4K and 60 FPS console, it’s a 1440p and 60 FPS or 4K and 30 FPS console, and the Xbox X Series may not be a system where all games can be moved to keep 4K and 60 FPS.

We have also started seeing next generation consoles You started off on the wrong footsince it has been confirmed that they look like the current generation dynamic resolution and rescaling techniquesand that they are using low quality ray tracing that: 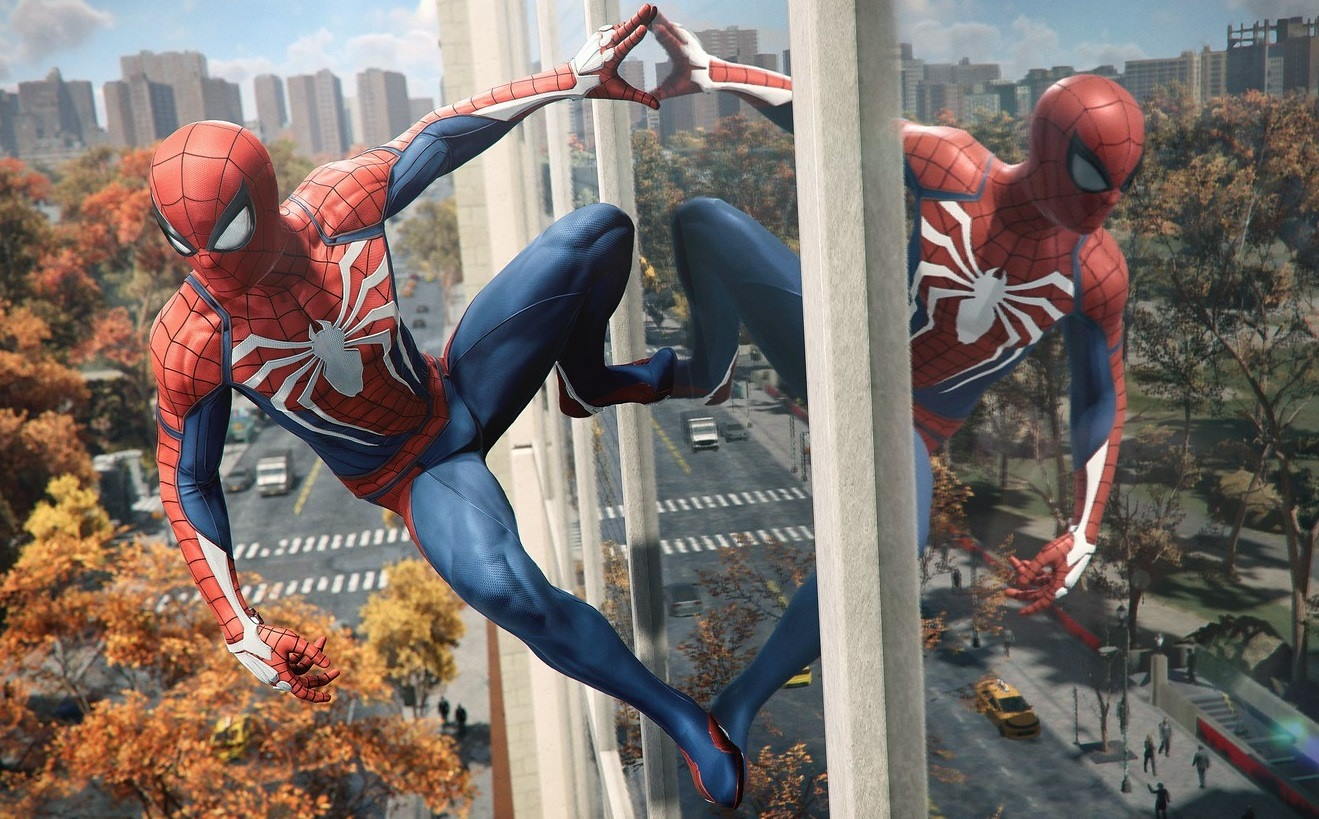 The ray tracing quality is pretty poor. The reflections have a fuzzy finish as they are rendered at low resolution and they do not have a realistic representation or match the original image that they theoretically reflect.

It is clear that the ray tracing used by Xbox Series X and PS5 Not even at the level of what a humble NVIDIA RTX 2060 can offer. I already felt it when I saw the Minecraft RTX demo run on Xbox Series X, and in the end I was lucky enough to get it right.

My only goal is Destroy the false mantra that they are systems comparable to a current high-end PC. If you believed otherwise, I don’t blame you, I have already said that a very large bubble was created around the new generation, but in the end it’s just common sense as it’s impossible for the price of PS5 and Xbox Series X. is to shape a PC that we can really consider high-end. Nobody reveals anything, and there is no point in expecting the performance of a $ 1,500 PC on a $ 499 console.

It is important to note, however, that this does not mean that the PS5 and Xbox Series X are not priced well, or that both consoles do not sell an acceptable price-performance ratio, In fact, I think the opposite is true. To better analyze this problem, we’ll try to build the best possible PC at the price of PS5 and Xbox Series X, and we’ll do a head-to-head comparison with the hardware of both consoles. 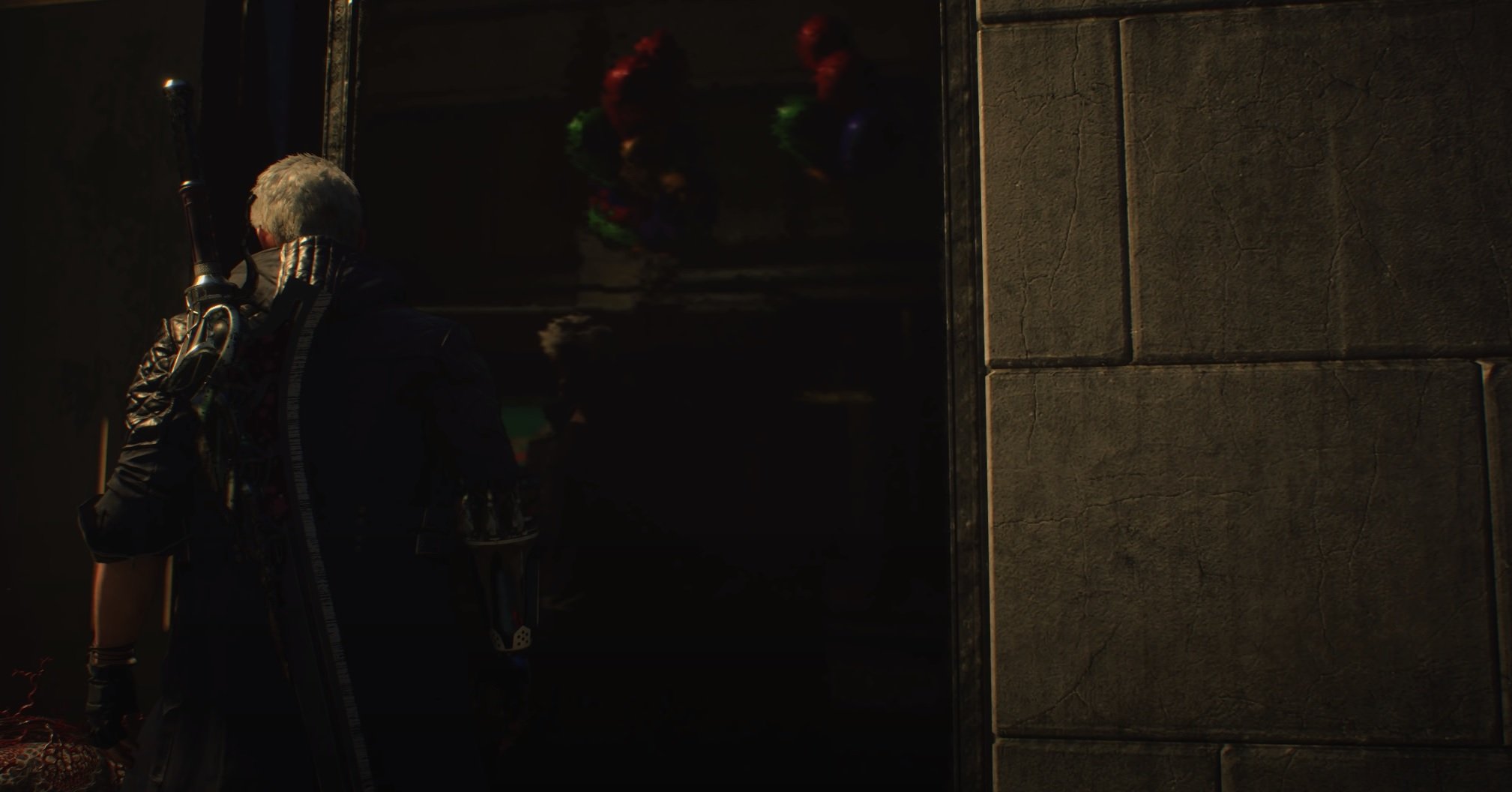 In this picture we can see it even more clearly. The quality of the reflections is just bad.

I wanted to share this simple but necessary introduction with you because gives us the context we need However, in order to properly appreciate the PC that we could assemble today with the price of PS5 and Xbox Series X, we still need to consider a few things before we fully start to select the components:

Like I said, the raw score (hardware-level performance) of both consoles It’s good when you consider the price.

Let’s take a look at that Full specifications from both consoles to have it a little clearer.

What PC could we build today with the price of PS5 and Xbox Series X?

We have a budget of 499.99 euros, such a tight figure This makes it clear from the start that we won’t be able to match the spec level of these consoles, but we’ll try to see what a PC on such a limited budget can do compared to the PS5 and Xbox Series X.

The first step is Choose the platform that we will use. The price of PS5 and Xbox Series X has put us on such a small budget that we have to adjust to the maximum and therefore we will make all possible sacrifices in the components that are not essential.

For reasons of budget and value for money, the AMD AM4 platform is the best option. The Main board MSI A320M-A PRO M2 It offers a very adjusted value for the price and easily covers all the keys we need to install the rest of the components with ease. That’s why we decided to do it. costs 47.99 euros. 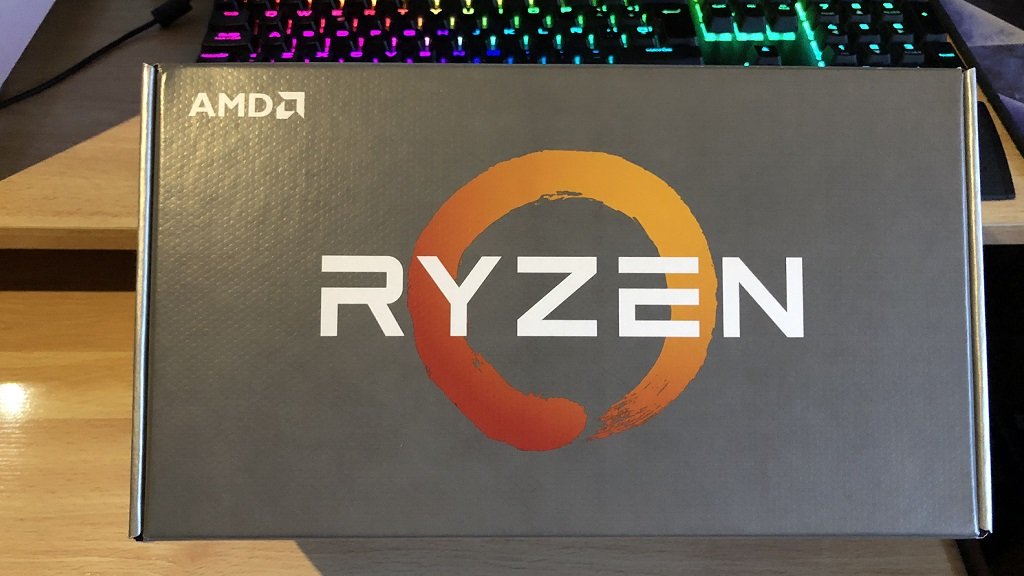 To accompany this team, it would be ideal to climb one Ryzen 7 2700, as it is a processor with a performance level slightly above that of the Zen 2 CPU with 8MB L3 cache that PS5 and Xbox Series X provide. It is no longer marketed, but we can buy it for a few on the second-hand market for 100 euros including fan. It has 8 cores and 16 threads at 3.2 GHz to 4.1 GHz, uses the Zen + architecture and has 16 MB of L3 cache. Its TDP is 65 watts, so its working temperatures are quite limited.

We now turn to the RAM. Both PS5 and Xbox Series X will have 16GB of unified GDDR6, but the amount that will be free to developers will be much less. Xbox Series X will be 13.5 GB freeand PS5 will likely be around that number too. We could include 16 GB DDR4 or we could hurry up and opt for 8 GB GDDR4. What we have saved could help us build a more powerful graphics card, but we could have long-term problems as RAM requirements increase in next generation developments.

We would like an assembly to accept some sacrifices, but it wouldn’t be fair to create a team that cannot hold up well with this future increase in demands. Therefore we will provide 16 GB of RAM. We chose that G.Skill Aegis Kit with two 3,000 MHz DDR4 modules and CL16 latencies, the It costs 58.95 euros. We currently have an effort of 206.94 eurosand that we have resorted to the used market. If we had bought the new Ryzen 7 2700, we would have had to pay between 140 and 150 euros.

Now let’s go to the storage unit. Sony and Microsoft have adjusted the price of the PS5 and Xbox Series X so much that they have managed to install a high-performance SSD with a capacity of 825 GB and 1 TB, respectively. The most balanced thing we could drive without suddenly gobbling up all of the budget we still have would be a Crucial P1 1TB SSD, able to work at 2 GB / s. It’s a bit slower than the Xbox Series X SSD, but the price is very good: 107 euros. We could vote and drive as much as possible the 500 GB version, which costs 66.54 euros. 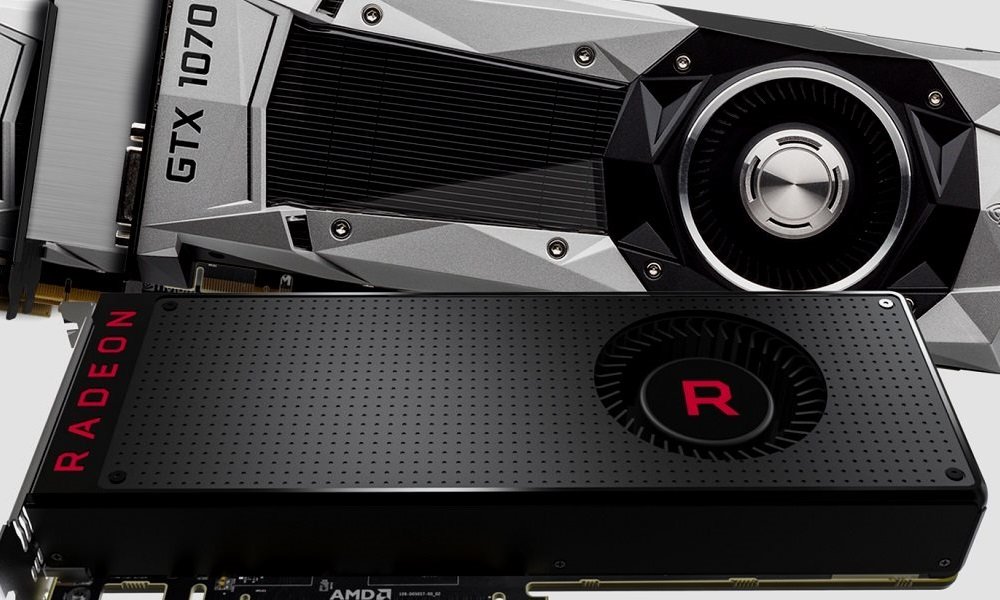 If we only mount the 1 TB SSD we would have 186.05 eurosIf we had gone for the 500GB version, we would have 226.51 euros free. We would still need the graphics card, power supply and case, so we have to split what we have left over into three components. The choice of the chassis is not a bigger mystery, an economical model like the Nox Pax Blue Edition USB 3.0 Mid-Tower will easily fulfill. costs 22.45 euros.

The power supply depends directly on the graphics card we are going to buy. Therefore, we must first be clear about this component. When we have mounted the 500 GB SSD, we have 204.06 eurosand when we have assembled the 1TB model, we will have 163.60 euros. It’s very tight numbers so we’ve made things very complicated, especially since PS5 and Xbox Series X are speeding up ray tracing, even if it’s at a lower level than we can get with the RTX 20 series.

In many ways, it’s at the level of next-gen consoles, but the GPU is less powerful and does not accelerate ray tracing through hardware.

If we didn’t mount the 1TB SSD, the budget would be a bit higher and We could buy a GTX 1070 in the used market for around 170 euros. There’s a noticeable leap in terms of raw performance, although we still wouldn’t quite reach PS5 levels as this graphics card lacks ray tracing acceleration and doesn’t support all of the features of DirectX 12 Ultimate. 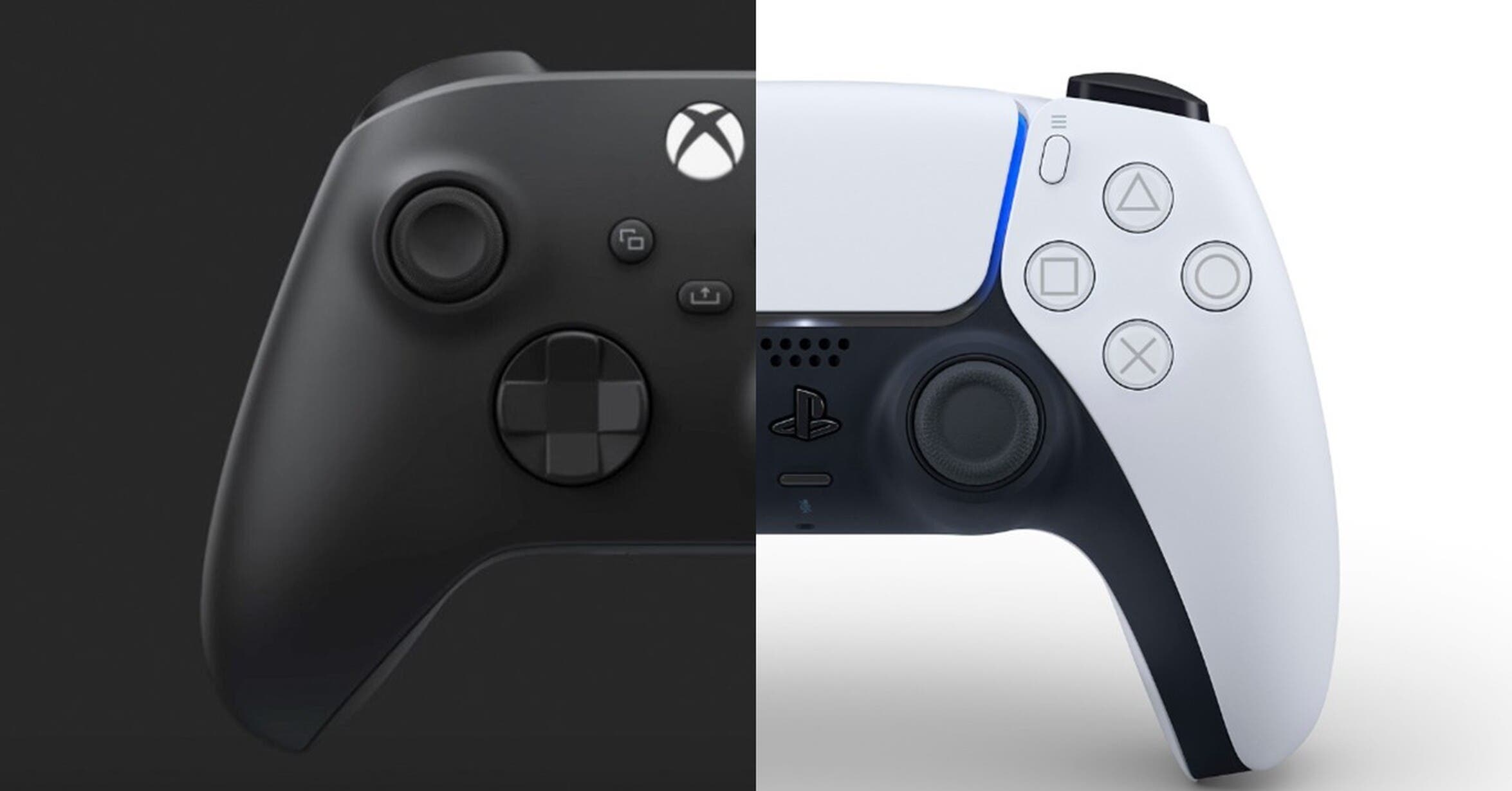 Conclusion: The PS5 and Xbox Series X award was a success

today it is impossible Mount a PC level with the new generation consoles without exceeding the price of PS5 and Xbox Series X.. This reality does not support discussion and confirms that Sony and Microsoft were correct with the retail price of both consoles.

The value that PS5 and Xbox Series X offer in terms of Return per euro invested it will be very good and will likely take at least a year or two. It all depends on how graphics card prices go over the coming months. This is a key component that is the main obstacle today, the great barrier that prevents us from assembling a PC at the new generation level while keeping the price of the PS5 and Xbox Series X.

The NVIDIA RTX 2060 is the cheapest solution we can find right now to get around the average performance we expect from the PS5 GPU, but unfortunately its price is very high (around 290 euros), and it is not possible to place it in a minimally balanced budget that shouldn’t exceed $ 499.99.

In general, there are no surprises, the new generation consoles are always characterized by offering A good value in terms of hardware cost to start withand the price of PS5 and Xbox Series X is no exception to the rule. Sony and Microsoft have agreements with the major suppliers in the industry so that they can get components and semi-custom solutions at a good price. In many cases, they also commit to selling their systems below cost, resulting in losses that they ultimately make up for by selling software and services.

It will be interesting Watch the hardware of both consoles agesand discover How long it will take until we can build a PC that really does justice to both, but doesn’t exceed the price of PS5 and Xbox Series X at launch.

How to download all the data Amazon has about you

13 tips for SEO copywriting that ranks on Google

everything you need to know