Graphic card prices reached levels that a couple of years ago we could not have imagined, not even taking as a reference the previous crisis in the sector, which, as on this occasion, was mainly motivated by by the huge demand for general consumer graphics cards for mining.

It’s been tricky, really. I know that some of our readers jumped at the chance to buy a GeForce RTX 30 as soon as they became available, and I also know that those who were hesitant and didn’t do so ended up regretting it in the end. I have also known a few cases of people close to me who have dared to buy a Radeon RX 6500 XT despite my recommendation not to do so, and in the end have ended up returning the graphics card.

Luckily, not long ago we were able to confirm that graphics card prices were starting to come downand that it was only a matter of time before they finally reached their recommended level. Obviously that price drop is not happening equally fast in all markets, but in the end the important thing is that the waters are returning to normal, even if it is happening more slowly than we would like.

Due to the huge inflation that occurred in the graphics card market since the late 2020s, and which has been continuing with significant swings until today, it has been very difficult to properly evaluate the different graphics cards released by NVIDIA and AMD, especially from a cost-per-frame perspective, i.e. making a price-performance approximation.

That reality has led me on more than one occasion to ask myself a couple of questions, if it would have been possible to buy the different graphics cards released by NVIDIA and AMD at their recommended price, Which ones would have been the best in price-performance ratio? And which of them would have been the absolute winner? I think these are two interesting topics, and that is why I have taken the courage to include them in this article.

As in the previous case, I start from the recommended prices given by AMD at the time of the launch of each of these graphics cards, since our goal is to define the value they offered in price-performance relationship at that time.

In this day and age, it no longer makes sense to decide which graphics cards offer the best value for money by limiting ourselves, as in the past, to the raw performance they can deliver. However, it must be recognized that AMD has done an excellent job with the Radeon RX 6000, as these offer very good raster performance, and are a significant improvement over the Radeon RX 5000.

Ray tracing and rescaling are here to stay, and so these are two factors that we must also take into account when making that assessment I referred to in the previous paragraph. One graphics card may be more powerful than another in rasterization, but less powerful in ray tracing and also have a clearly inferior image rescaling technology, both in terms of quality and performance. 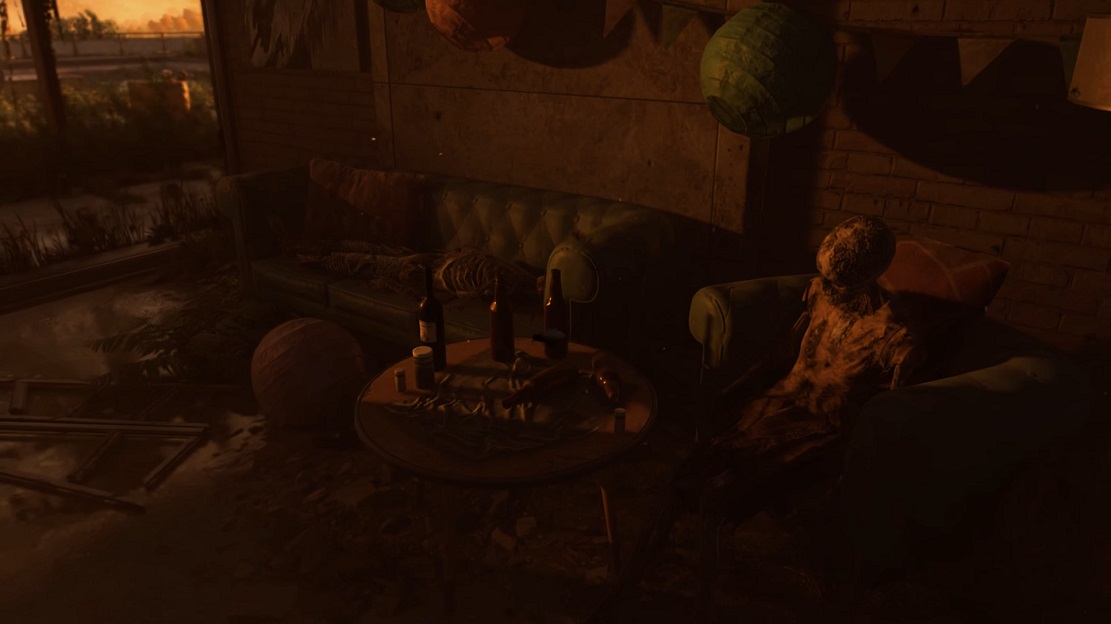 So, the GeForce RTX 3050 underperforms the Radeon RX 6600 in rasterization, but when we introduce ray tracing and DLSS into the equation, the former ends up being the winner. I donâ¤?t speak without reason, in Control, for example, the Radeon RX 6600 cannot maintain a stable 30 FPS at maximum quality, 1080p resolution and ray tracing, while the RTX 3050 manages an average of 31 FPS, and if we activate DLSS in quality mode it reaches 54 FPS. The difference is enormous, as we can see.

It is true that the Radeon RX 6000 can use FSR, which is a spatial rescaling technology, and that this achieves a more than acceptable result in ultra-quality mode, but it is not on par with DLSS, and therefore should not be valued in the same way. The same would be true if DLSS were an AMD solution, no favoritism here, just a dose of reality.

Performance and price: A joint assessment

The GeForce RTX 30 graphics cards are more powerful than the Radeon RX 6000 in ray tracing, it is a topic that we have already touched on more than once, in fact we even published an equivalency guide at the time where you will find an approximate relation of performance that, without a doubt, will be of great help, since I have not found anything similar in any other medium, and I did it because I myself needed to have a reliable and clear reference for my articles. If we talk about performance equivalences under rasterization, we also have another very clear guide that focuses on that aspect, and you will find it through this link.

Currently, the most powerful graphics card is also the most expensive. The GeForce RTX 3090 Ti is emerging as the best of the best, but its price is so high that it is three times the cost of a GeForce RTX 3080. Does it offer high enough performance to make up for the price difference? The answer is a resounding no, and the same would be true for the Radeon RX 6900 XT, which is AMD’s most powerful graphics solution, when compared to the Radeon RX 6800 XT. 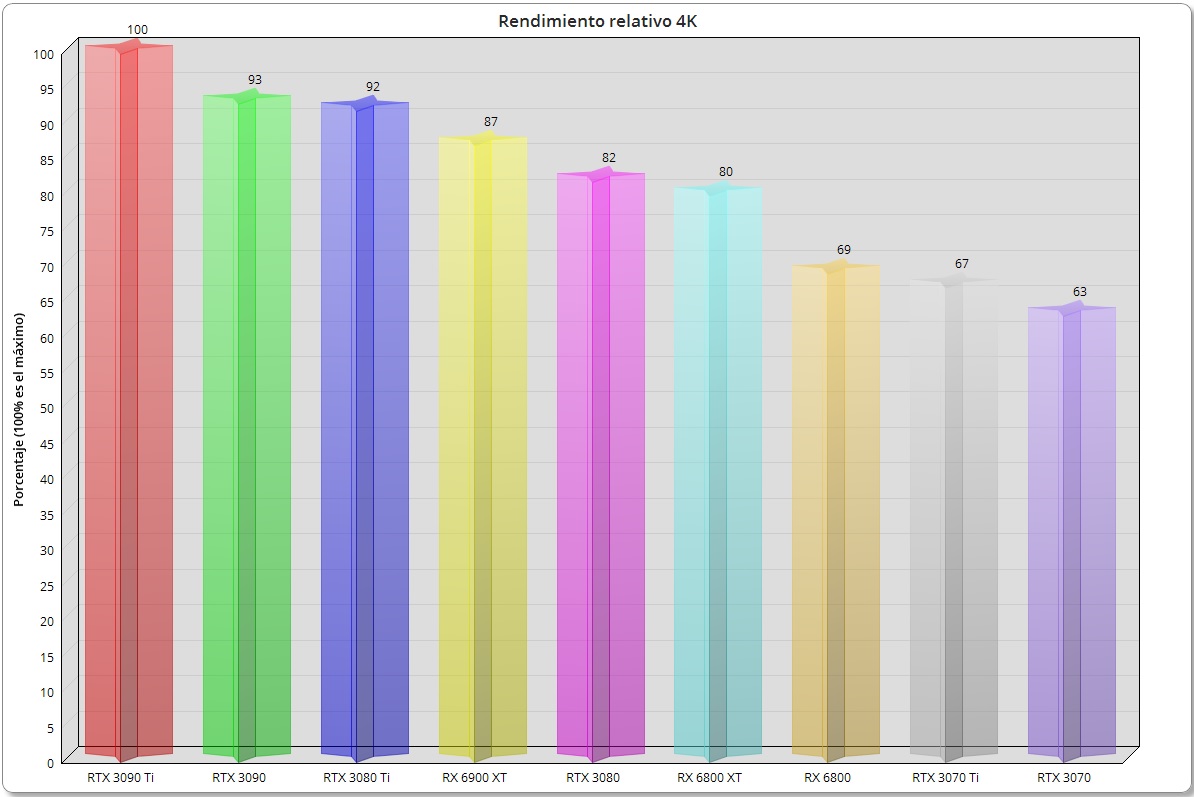 Based on this simple comparison, and looking at the recommended prices that each of these graphics cards had at launch, the conclusion is quite clear, the GeForce RTX 3080 and Radeon RX 6800 XT were the best value for money at launch. Personally, if I had to go for one of them I would go straight for the GeForce RTX 3080 because: 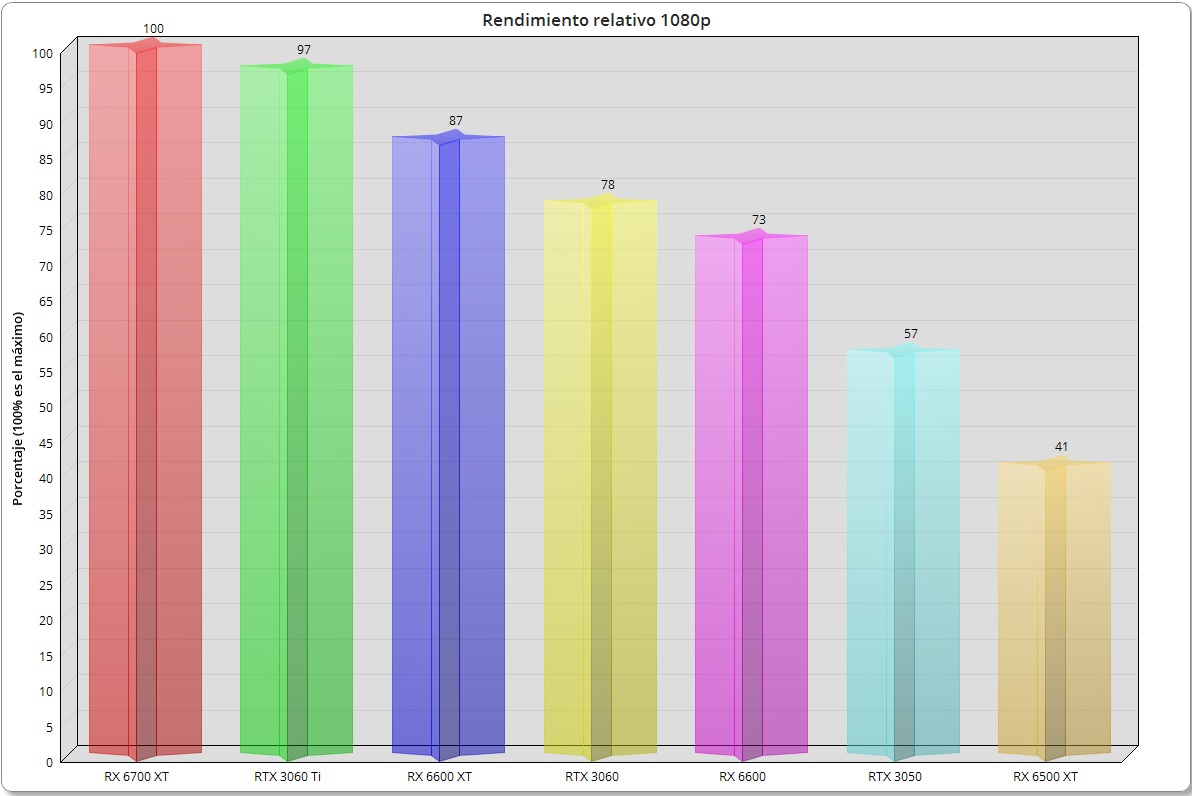 The second chart shows us the performance of the mid-high end, and also of the mid-range. In these categories are usually found, the most interesting graphics cards in terms of price-performance ratio, especially if you are on a tight budget.

Following the previous approach, we see that the Radeon RX 6700 XT is the most powerful in rasterization, but costs 489.99 euros and only beats the GeForce RTX 3060 Ti by 3%which cost 419 euros at launch. The Radeon RX 6600 XT is 10% slower than NVIDIA’s solution, but in return it was priced a bit lower at Â£389.99. It goes without saying that this small price difference does not compensate at all downgrading from the GeForce RTX 3060 Ti to the Radeon RX 6600 XT.

A complicated choice, no doubt, following a strict price-performance value criterion, the RTX 3060 was the best choice in its rangealways starting from the recommended price. In the upper mid-range the Radeon RX 6700 XT was a very solid choice in rasterization, but its recommended retail price was much higher than the GeForce RTX 3060 Ti, and the latter performed better in ray tracing and had the advantage of DLSS, so it is clear that the NVIDIA option was also a better choice. For what a Radeon RX 6700 XT cost, you could invest a little more and go straight for the GeForce RTX 3070. 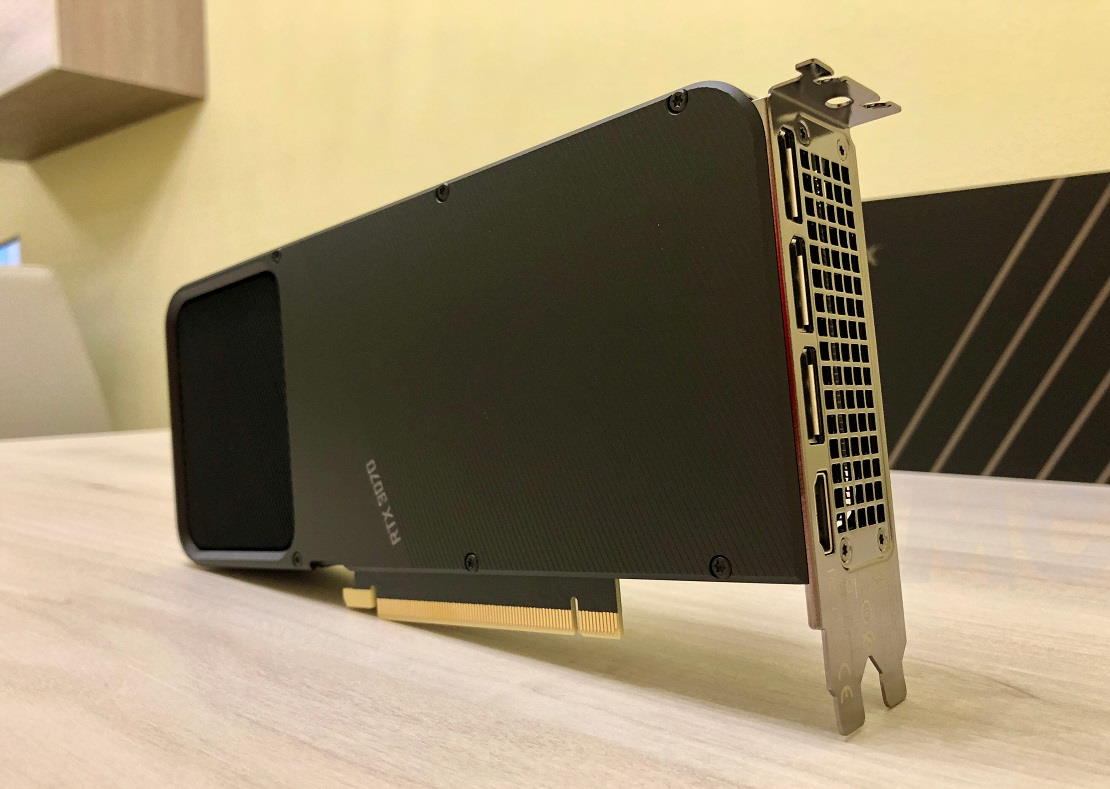 Endnotes: A Â “lost generationÂ” that could have been very interesting

Both NVIDIA and AMD shaped a very interesting Â “new generation,Â” not only because of the evolution they represented compared to the previous one in terms of performance, but also in terms of price. To better understand this, just take some concrete examples of intergenerational graphics card performance.

The Radeon RX 6700 XT managed to outperform the GeForce RTX 2080 Super, while the Radeon RX 5700 XT was only slightly above the RTX 2070. On the other hand, the RTX 3070 achieved very similar performance to that of an RTX 2080 Ti, although as we told you in our review it did not manage to outperform it. All in all, that a graphics card costing 519 euros manages to be almost at the level of another one costing 1,259 euros is certainly worth mentioning.

With the GeForce RTX 3080 and Radeon RX 6800 XT both NVIDIA and AMD raised the bar to a truly amazing level, Â “really tamedÂ” 4K and 60 FPSand NVIDIA did the same with ray tracing, thanks to its second-generation RT cores and DLSS. It is curious, moreover, that some graphics cards that were criticized and polemicized, such as the GeForce RTX 3060, in the end have ended up offering a very solid value in price-performance ratio, provided that we start from their recommended price.

I hope, and wish, that the GeForce RTX 40 and the Radeon RX 7000 will not go through the same situation as their predecessors, that they both enjoy a good availability and offer a very competitive performance since this will benefit us all in the end. You already know how important competition is in the tech world, and as a close example we have AMD, which has only been Â “encouragedÂ” to launch new budget Ryzen processors when it has seen the fangs of Alder Lake-S.