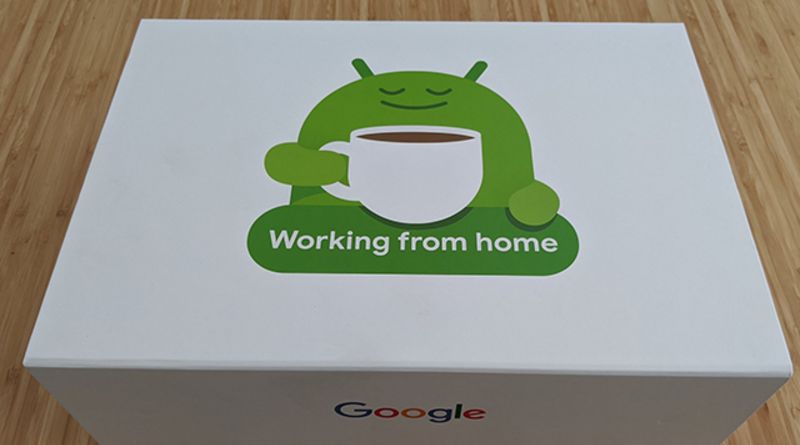 The pandemic caused by the coronavirus (Sars-Cov2) has, among other things, made teleworking essential to maintain the health of workers and prevent the virus from spreading further.

The box that Google gives its employees contains useful items for working from home, such as: B. Coffee cups

In the early stages of the pandemic, Google was one of the first major tech companies to close its offices in China and send its employees to work from home. Other companies such as Twitter or Facebook later joined Google and also closed their offices to send employees home.

To motivate workers who are forced to telework, Google gives each of them a box of accessories This can be useful for everyday work in your home office.

Daniel Waisberg, who works at Google’s Tel Aviv office, shared this funny box on Twitter with the title: «To work from home“And as can be seen from the tweet we share below, the Android mascot Bugdroid appears to be having a coffee.

Now I have everything I need to work from home! pic.twitter.com/XPPhnvpXQi

As can be seen in the picture shared by Waisberg, the box consists of a jar with a lid, several stickers, two coffee cups, two pens, a folder and a letter of motivation addressed to the worker. All of this, how could it be otherwise, with the Google logo.

Teleworking skyrocketed during incarceration and it now appears that it has lasted for a long time. Not only this way of working protects the health of employeesInstead, it gives workers more freedom, which can ultimately have a positive impact on companies that motivate their employees and offer better opportunities to combine work and private life.

Teleworking allows you to work from anywhere with an internet connection, avoiding traffic jams and morning delays, and the crowds on public transport that can be a source of the virus. In addition, you save at least two hours: the return journey your back. At least Google employees don’t return to the offices. until July 2021.

What is a CDN and how does it work?