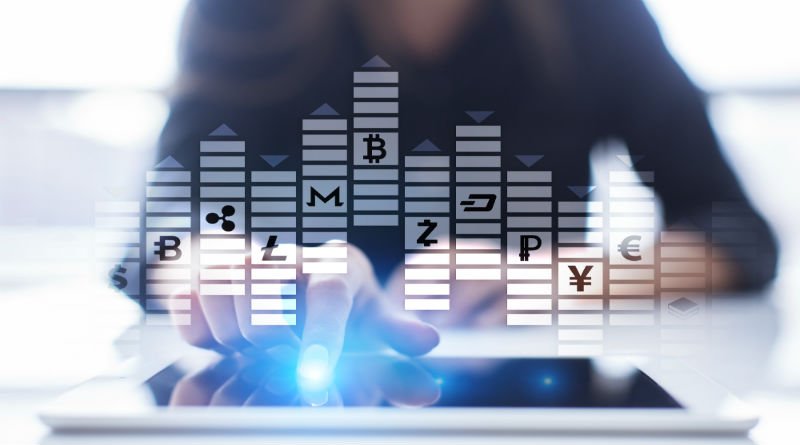 Although there are hundreds of different cryptocurrencies – Bitcoin, Ethereum, Dogecoin, Litecoin, Ripple, Link … – and new ones come out every month, they can all be broken down into two categories: Bitcoin and Altcoins.

Bitcoin is the most widely used digital currency in the world, but altcoins are growing strongly in certain regions like Asia

Bitcoin has its own category as it is the first cryptocurrency to hit the market (more on that in this article), while the name Altcoins comes from “alternative coin” and includes all cryptocurrencies that are not Bitcoin within which one can Another distinction can be made to refer to digital currencies, which have a much less volatile price than most cryptos: stablecoins.

Knowing that, what types of cryptocurrencies are most popular in each part of the world? The very fact that altcoin is a term that refers to all cryptos that are not bitcoin should give us a clue.

However, Altcoins are gaining traction and they already account for 49% of all cryptocurrencies in East Asia and 47% in Central Asia, with 16% being stable coins like Ethereum or Litecoin. The presence in other regions outside Asia is lower. In North America they make up only 28% of the total, while in other regions their percentages are improving slightly: Middle East (46%), Eastern Europe (43%), Latin America (37%) and Western Europe (34%) 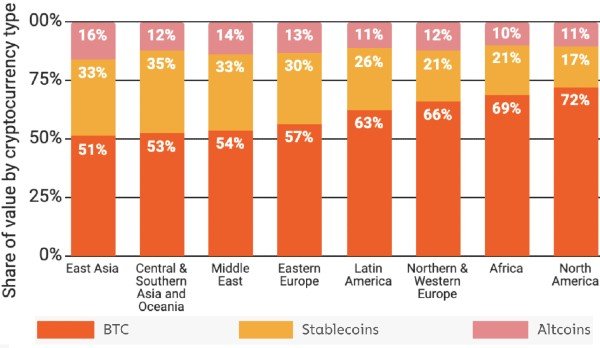 The difference between Asia and the rest of the world in using altcoins is due to the fact that most professional cryptocurrency traders is found in this region. This sector specializes in buying and selling more volatile goods and with higher profit margins and risks the requirements that Altcoins meet.