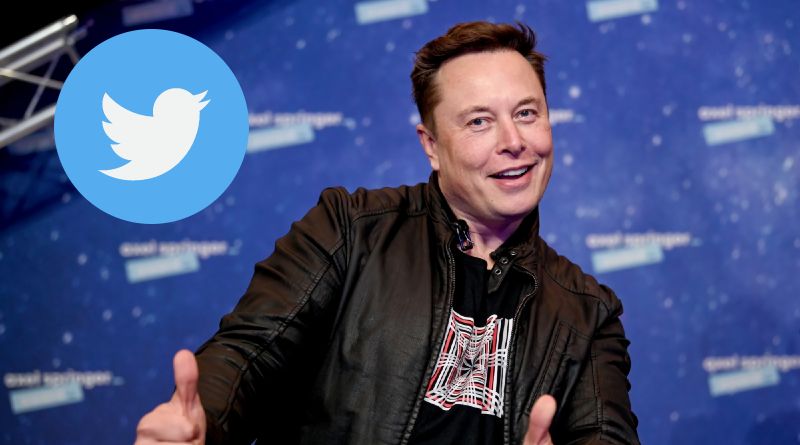 In recent weeks we have been constantly talking about Elon Muskwho has finally got his way and has reached an agreement to acquire Twitter. The executive will pay $44 billion to acquire 100% of the shares of the social network, at a price considerably higher than the market price. In fact, Musk has offered 54.20 euros per share, 38% more than each share was worth at the beginning of the month.

But… who is Elon Musk and how has he become the richest man in the world? What is the significance of this disbursement that he is going to make, which is the largest technological purchase in history and which for him is only 25% of his fortune? In this article we will explain who Elon Musk is and how he has become the richest man in the world the quirky CEO everyone’s talking about this week. You can find out all about it in this video:

Elon Musk was born in South Africa, the son of a local engineer and a Canadian model. He was already programming with a Commodore computer from the age of 8, and at the age of 12 he sold his first game to a local computer magazine, which paid $500 for the title to distribute it to its readers.

Passionate about computers and shy, he was teased by his school and high school classmates for years. When he came of age he decided to move to Canada, where he started doing all kinds of jobs: from cleaning boiler rooms to tearing wallpaper off walls, all the while trying to continue programming and attending university.

At the age of 24, at Standard University, he created his first company, with his brother and a friend. Named Zip2, it was used to provide content to the media – it even had The New York Times among its clients – and to host a map and address directory service on its servers (something like an incipient Google Maps). After several years of service, they sold the company to Compaq for 307 million dollars, which was their first great economic success.

Musk later created X.com, considered the first Internet bank. It had a service to make bank transfers via email, which facilitated a task that until then had to be done by going to bank offices.

In 1999 he bought the company Confinity, and one of its main products was PayPal, a service that allowed money to be sent between PDA users. Musk made this service the core of his business, to the point that it was incorporated as an independent company.

In 2002 he sells it to eBay for $1.5 billion and some of his colleagues at the company go on to start their own successful Internet businesses. In fact, both LinkedIn and YouTube are founded by former PayPal employees.

With the money obtained, Musk financed the creation of other businesses, including the company Tesla, dedicated to the creation of electric cars; and SpaceX, with which he would enter fully into the geospatial race and has even reached agreements with NASA to carry cargo to the International Space Station. Both companies took a long time to “start up” and even in 2008, when the economic crash occurred, Musk was determined to throw in the towel.

However, the executive managed to get both businesses off the ground and continue creating new projects. Solarcity is a solar energy company that has become the main producer of this type of electricity in the United States. Its Starlink project seeks to create a network of satellites to bring Internet to all parts of the world, especially those that are difficult to access. Through Neuralink, it is experimenting with the integration of microchips in the brain – for the moment, only in animals – which makes it possible, for example, to play video games with the eyes.

Musk, after taking humans into outer space, is still determined to make space travel cheaper so that anyone can experience the sensation of seeing planet Earth. He also considers it feasible to bombard Mars with nuclear bombs to create an ecosystem suitable for human life on the red planet.

These are not his greatest eccentricities. For example, he has created a flamethrower that he sells in the United States under the name “This-is-not-a-flamethrower” to get around the ban on calling a commercial product a “flamethrower” in the country. It has sold more than 20,000 units, although it is not without controversy, since on YouTube you can find people who have had problems handling the device, or even children playing with it.

Experimenting with this flamethrower is something they can kids who come to Ad Astra can do (“Towards the stars”), the name given to the school created by Elon Musk where his children and those of more than 50 StarX employees are educated. Here, children between the ages of 7 and 14 share a classroom – they are not divided by age – and are not taught subjects such as gymnastics, religion or languages (since Musk considers it silly to learn foreign languages).

Musk is constantly in the eye of the storm for making controversial statements or even influencing the valuation of cryptocurrencies (a single tweet of his mentioning a crypto can make its value soar) or even the stock price of companies. In fact, he was removed three years from the presidency of Tesla for publishing a message in which he “happened” to say that he would sell the company’s shares for $420 each and turn it into a private entity. This drove up the stock price and the SEC – the U.S. regulator – went so far as to reprimand him.

Elon Musk is also one of the top 10 tweeters with the most followers worldwide He has 88 million followers on the social network he now wants to buy and a single tweet from him can receive thousands of interactions. In 2017 he already posted a message saying “I Love Twitter”, will he end up posting another one this year saying “I own Twitter”?

Where to buy a Pixy, Snapchat’s drone for selfies

The passenger who saved a plane