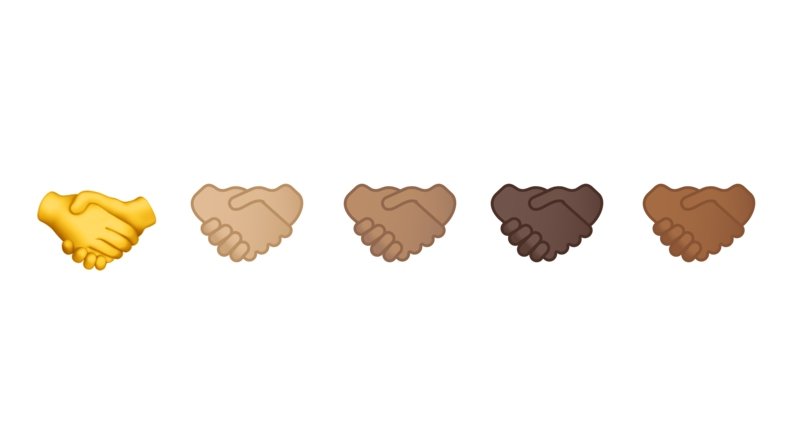 There are plenty of emojis that allow you to change the skin tone with a simple press. However, this color change is not so easy to develop when multiple elements appear in the same drawing, as is the case with the emojis of the emojis or those representing different people from the same family.

In order to develop an emoji with different skin tones, up to 7,000 additional lines of code must be added to the emojis

In other words, when there is more than one object or person in the same emoji, the task of changing skin tone is complicated. According to Jeremy Burge, the founder of the Emojipedia website, the color combination should be applied to the entire emoji whenever possible. Otherwise, up to 7,000 new code points would have to be added to recreate the different skin tones, which takes a lot of effort.

Although it is complicated, it can be done. In fact, back in 2019, the Unicode consortium launched emojis with couples holding hands that could contain different hues.

This, which was previously the exception, is expected to change shortly. In fact, the new Unicode 13.1 emoji pack, a type of update that will arrive before the new packs planned for 2021 and will be delayed by the pandemic, is expected to include symbols from couples with different skin tones. In particular, they will be the kissing couple and the one who appears with a heart, those who support racial diversity in their designs.

Regarding the handshake emoji, and although some platforms already allow variation in the skin tones of these emojis, we’ll have to wait for that Unicode 14.0 official packagewhere the handshake will have your mix of skin tones. It will be available for all phones from mid-2022.

Right now, this variation in skin tones is not expected to reach emojis that reflect a family. According to the Unicode Consortium, the effort to create these symbols with skin variations is so great that they only have to select a few and start them one by one.

A fifth of the food is lost