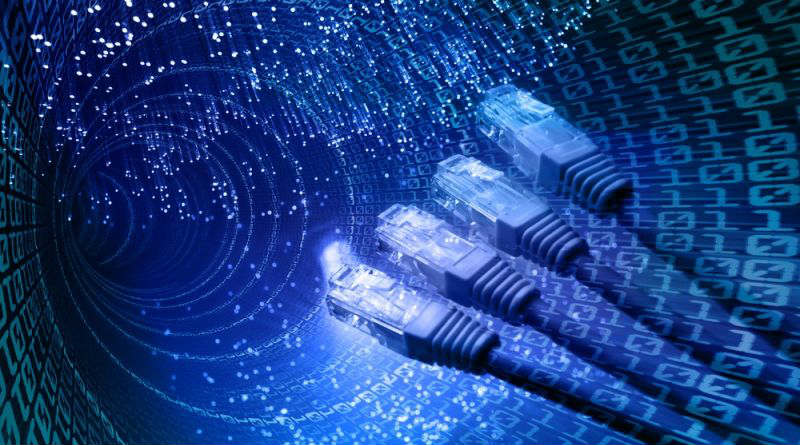 Internet connection slowdowns can be caused by several different causes, each with its own remedy

-Do you know the speed of the connection: The first step would be to check through some of the different websites that allow us to calculate this data to see what connection speed is available. The process is carried out by calculating the speed of sending and receiving a data packet, which can determine both the speed in Mbps (megabits per second) and the ping (time until the first transmitted bit of information arrives). with which the latency would be known, an essential piece of information especially for gamers.

– Access to the router: In many cases, the first step is to access the router’s configuration, which can normally be done from any Internet browser with the URL “192.168.1.1” (without quotation marks). The user name and password for access to the configuration usually appear in the packaging of the router itself, on a sticker on the back or underside or in the instructions. Usually, and by default, the username and password can be “admin” so the first advice would be to change it to a less simple one and keep it in a safe place.

-Wireless Internet access: Sometimes the problem is at home and the cause is the home WiFi connection itself, with two possible variants, problems with the router or with the WiFi signal itself. In the first case, the router configuration would have to be based on the instructions of the Internet access provider and the device manual must be checked.

Routers are increasingly integrating a dual band (2.4 GHz and 5 GHz), the former being faster, but only works optimally at a shorter distance from the router or with fewer obstacles in between, so that these aspects must also be considered and checked by the device from which the Internet is accessed (laptop, console, mobile phone, tablet), automatically connects to the tape, which offers the best service depending on the living or office area.

-Saturated channels: As a result of this dual band (2.4 GHz and 5 GHz) and since the first is common with all routers that do not belong to the latest generation, it can happen in the environment that a certain band is saturated leading to an overload in this part of the Radio spectrum, the possible consequences of which would be a slowdown in the Internet connection.

The easiest way to check this is to search for available wireless networks from the device (computer, mobile phone, tablet …) to see how many WiFi networks are working nearby and what strength the signal is arriving at. In urban environments in particular, the number of wireless networks discovered can be enormous, but typically one of the channels is more “populated” than the other. Knowing this information, you can access the router configuration to select the preferred band.

-Disturbances: All of the furniture, objects and of course walls in a house are obstacles to the correct transmission of the WiFi signal, so you need to be extra careful with the location of the router and the obstacles around it. It is preferable to place the router in the most central position of the house or office so that the signal can reach as many rooms as possible.

This means that it is not placed behind a piece of furniture or behind the television, but in a room that is as open as possible. It is also convenient to play with the position of the router’s own antennas, which more and more often have several controllable antennas. With a minimum of two, the recommended configuration is to place one horizontally and the other vertically. Finally, there are household appliances that can actively interfere with the router signal, such as B. Microwave ovens, so it is more than practical to place both devices as far away from each other as possible.

-Low signal strength: As soon as the router is correctly located according to the information in the previous point, it can still happen that the signal strength is insufficient to guarantee coverage at the most remote points. In these cases, the use of signal repeaters is almost inevitable, simple devices that are plugged into a socket and amplify the router’s signal, thereby extending the range of the WLAN. They are usually recognized as an extension of the main WiFi network and it is important to verify that the devices are connecting to this extension (which provides a stronger WiFi signal) and not to the router, which may offer reduced coverage depending on the area and hence lower speed and internet connection capacity.

-Mesh or mesh networks: Mesh or mesh networks are a further development of the aforementioned signal repeaters, which are characterized by an improvement in the connection by making the transition between the different coverage areas corresponding to each module transparent for the user, so that in practice a single WiFi Network appears number of repeaters. The potential conflict of the device maintaining connection with a remote repeater from which it is receiving a weaker signal disappears.

-Software update: It can happen that a simple software update ends the slowdown in Internet operations. It may be more common with computers than mobile devices, but if it were, it would be enough to update the operating system or firmware, in the case of SmartTV, game consoles, or even the router itself … or even the network card of the computer.

-Internet Navigator: There are browsers that make surfing smoother for a variety of reasons, while others do just the opposite. In this situation, the solution is very simple: just switch browsers. Sometimes there may be certain websites that “get along better” with one browser or another, so having more than one installed can be a good idea. Browser extensions, plug-ins and add-ons can also be checked by deactivating all of them and manually activating them one by one until it is recognized which one is slowing down surfing.

– Intruders: A WiFi network operating at low speed can be a sign that an intruder is taking advantage of the connection and slowing it down for the legitimate user. This situation is more likely to occur when the serial specifications of the router are maintained (the password “admin”), but a neighbor may have used software that can access the WiFi connection. There are applications (like Fing or Wireshark) that make it possible to detect devices connected to a wireless network and which allow us to determine if an unauthorized person is improperly using the connection and is therefore slowing it down.

-Configuration conflict in Windows 10: For security reasons, a certain configuration of the operating system can restrict the traffic in the network, which should only happen if the user activates this option manually, but there may be programs that influence this configuration without the user being warned about it. . To see if this is the case, you need to clear the DNS cache, change DNS servers to reduce domain name response time and resolution, and clean up the temporary files folder.

– malware: One of the worst news would be that the internet performance slowdown is caused by malicious software on your computer. This would mean a critical security hole that can only be prevented through responsible browsing and the proper use of security measures such as the aforementioned antivirus and the firewall.

-Infrastructure: If all the previous points have been checked and the connection is still at a low and constant speed (i.e. there is never a moment when a certain speed is exceeded and this is objectively low), the reason could be the access provider’s own network infrastructure .