Windows 10 May 2020 update will be the next major version of the operating system and The start is imminent Microsoft released the Insider Channel preview quick ring version once a week.

If no fatal errors have been reported in the last tests and the function development was stopped weeks ago, this version is the RTM that is delivered to the manufacturers and the basis of the general availability version for the end customer, which we expect a few weeks. «We believe the compilation 19041.207 It is the final version, although we will continue to improve the overall experience as part of our normal service cadence. », described in the official blog the person responsible for Windows Insider, Brandon LeBlanc.

Also known as Windows 10 version 2004 (or 20H1 to describe the half-yearly spring version), it will be a major version to confirm whether this is definitely the case Microsoft is able to limit errors and offer the expected stabilityAs soon as the latest version (Windows 10 1909) has restored the service pack concept and restricted the introduction of new functions. The Windows 10 May 2020 update is different and offers a number of new functions as well as the latest security patches and bug fixes. We'll check them out.

Windows 10 is continuously updated with system updates, including security updates, but also includes feature updates. We haven't had much control over the latter so far, but with this version we can better manage both optional and driver updates. The new controls are available in the Settings tool> Windows Update> Show optional updates. In addition, Microsoft lets you specify the maximum download speed of Windows Update as a percentage of the total bandwidth.

Reinstall from the cloud

A new support option called "Cloud Download" to restore damaged computers or restore systems to a clean copy No need for installation tools Also, do not use local recovery images or partitions. It complements the current "reset" function of the PC and is an interesting option in the event of a serious error that makes access to the device impossible and if we have no other means of restoring the device. 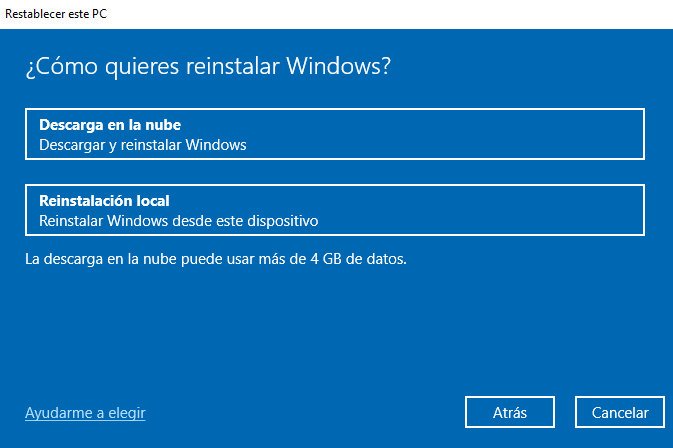 Microsoft will release in Windows 10 May 2020. Update the second version of the Linux subsystem for Windows with significant improvements over the original, particularly in terms of performance. A simple compatibility layer is now a full of Linux kernels Run it on a compact virtual machine. After installation, it can be updated like other Windows components of Windows Update. In the short term, the user can use his own custom kernel and connect Linux applications from Windows via localhost and not just via remote IP addresses as before. Microsoft's idea is clear: Linux, yes, but without leaving Windows.

One of the great internal management tools is being expanded and in the Windows 10 May 2020 update we will have some interesting news. The most important thing is to monitor the temperature of the graphics cards. Another change concerns the storage units and in this version their management is carried out independently for each unit installed in the system. 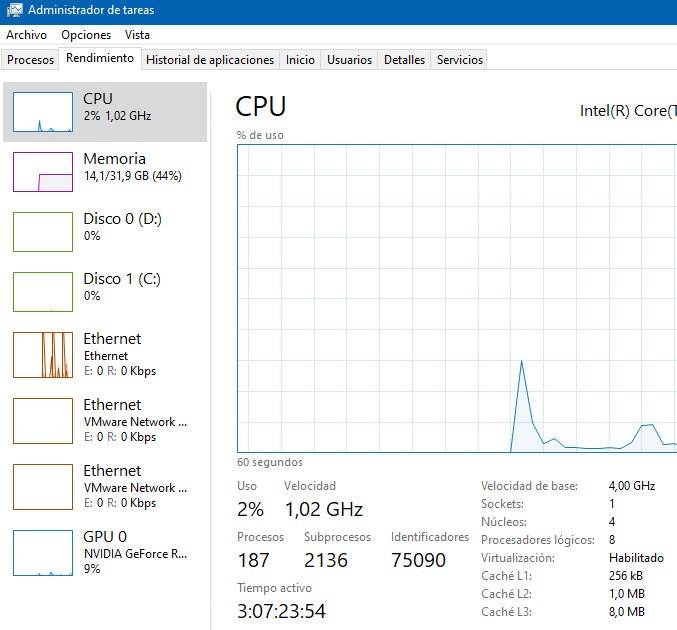 The importance of gaming for Windows mastery on the desktop is clear, as is Microsoft's quest for near-full integration of the gaming ecosystem, Xbox, and PC. The Windows 10 game bar is an example of this. It has been improved with every system update shows the frames per second (FPS) as a novelty accomplished in one game without resorting to third party tools. You can see it in the floating section of the performance section next to the% CPU, GPU and RAM consumption.

Windows catches up with other UNIX-like operating systems that can remember which applications were running before a computer was shut down Start automatically at the next start from that. Windows also has an autostart feature, but it's limited to apps that you manually add to this list. The new function is different and automatically restarts applications when it is started after it has been activated in the Settings> Accounts> Login options tool. 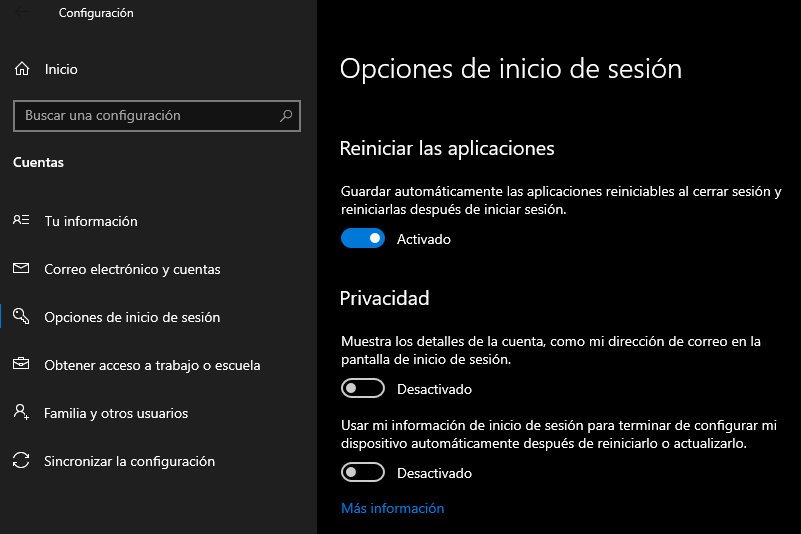 Virtual desktops were a novelty in Windows 10. Not because they were not used in Windows in the past, but because Microsoft first provided this function natively for the system and integrated it as part of the system by default. ready for use. So far, however, they have not been able to be renamed. Windows 10 May 2020 update solves the problem and allows you to put custom names in the task view. You can also keep settings between restarts.

Microsoft continues with the task Free your digital assistant the operating system once its minimum usage has been verified and surpassed by others like Alexa. Removed from the taskbar, the behavior is now closer to a chat application and the window allows you to resize and move around on your desktop. Microsoft has thrown in the towel with the old Cortana, and it remains to be seen whether changing the focus on a wizard to increase productivity works. Everything points to being integrated into Microsoft 365 applications.

Microsoft has introduced a new algorithm that detects high disk usage and activity to improve the management of search indexing services and to address performance issues related to excessive disk and processor usage that were found in previous releases. Some features have also been added, and searches can now correct spelling mistakes. Fast search queries help to find information online. The user interface has also been improved. 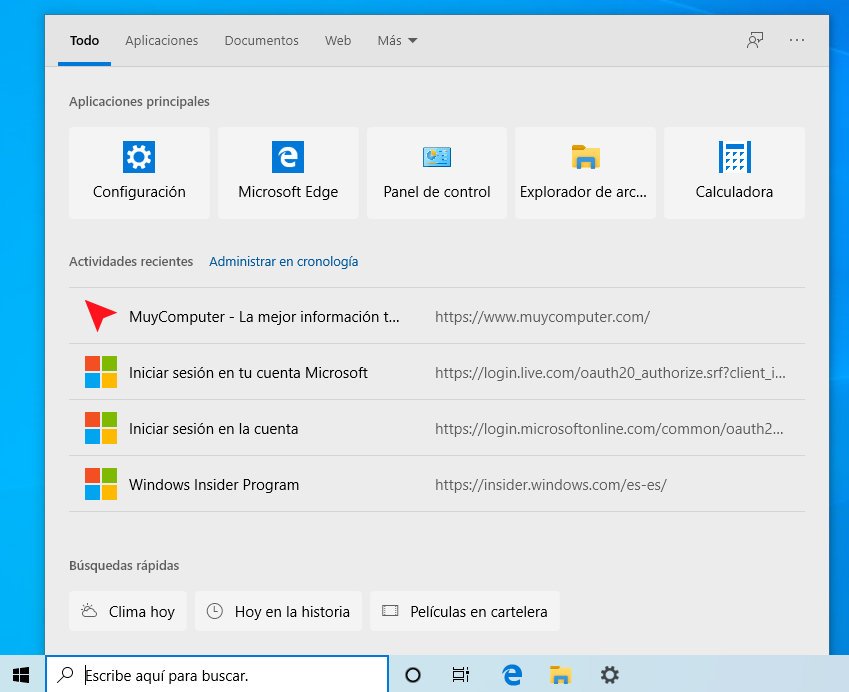 The side of Network status of the application Set up It has been redesigned and offers a greater amount of information. You can immediately view all active connections and access their properties and data usage.

The version is available on the Insider channel. Although it is the RTM version, it is still a trial version and should not be used in production environments. We installed it and had no errors, but full stability or freedom from errors is not guaranteed on all computers. There are several ways to install it:

1. Update an inside version. If you are already testing an Insider version, this is as easy as updating to the relevant compilation 19041.207 via Windows Update. It is available in both "slow" and "fast" rings.

2nd Pass a regular version to insiders. Each version of Windows 10 can become an Insider using the option in the "Settings> Update and security> Windows Insider program" tool. Remember that this is a test program. 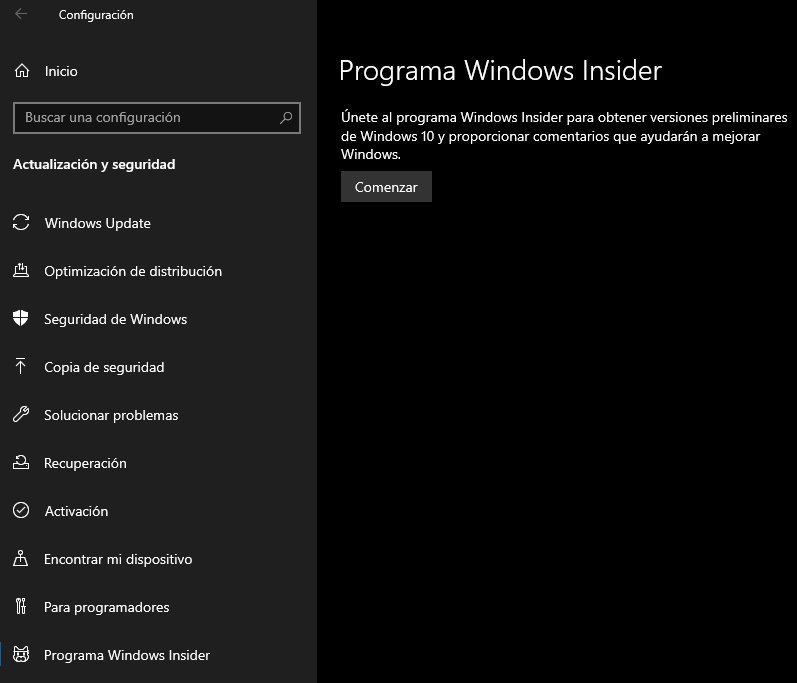 – Go to the Microsoft Insider website. If you are not authenticated, log in to the icon at the top right of the page.

– The images are already standardized in the "slow and fast" channels and are offered in standard, enterprise and Chinese versions. Select the first "Windows 10 Insider Preview" (Build 19041). 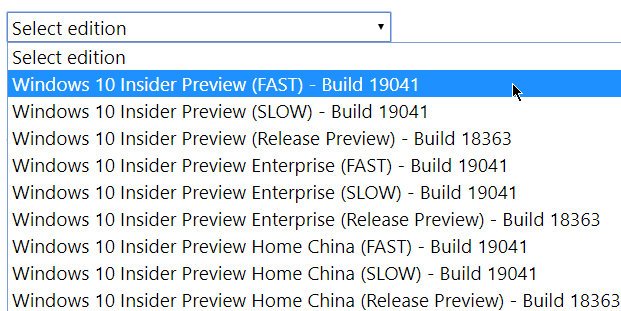 – Select the Spanish language and download the version you prefer, 32 or 64 bit.

– Once you've saved the image on your computer, use your favorite application to "burn" the image. You already know that we have a love for Rufus, it's free and it works perfectly. If you don't have it, download the latest version "Rufus 3.8".

– Insert the medium that we want to use for the recording. You can use a DVD, but we recommend using a USB stick or USB disk faster and more safely. The minimum capacity must be 8 GB.

– Once the image has been created, you can reinstall the pendrive from scratch or update systems to this version. Windows 10 May 2020 update.

4th Installation in the virtual machine. A good option to test the new version without touching the operating system already installed. Follow the first steps in the previous section until you have downloaded the ISO image. With it and your favorite virtualization application, you can create the virtual machine and test the messages. 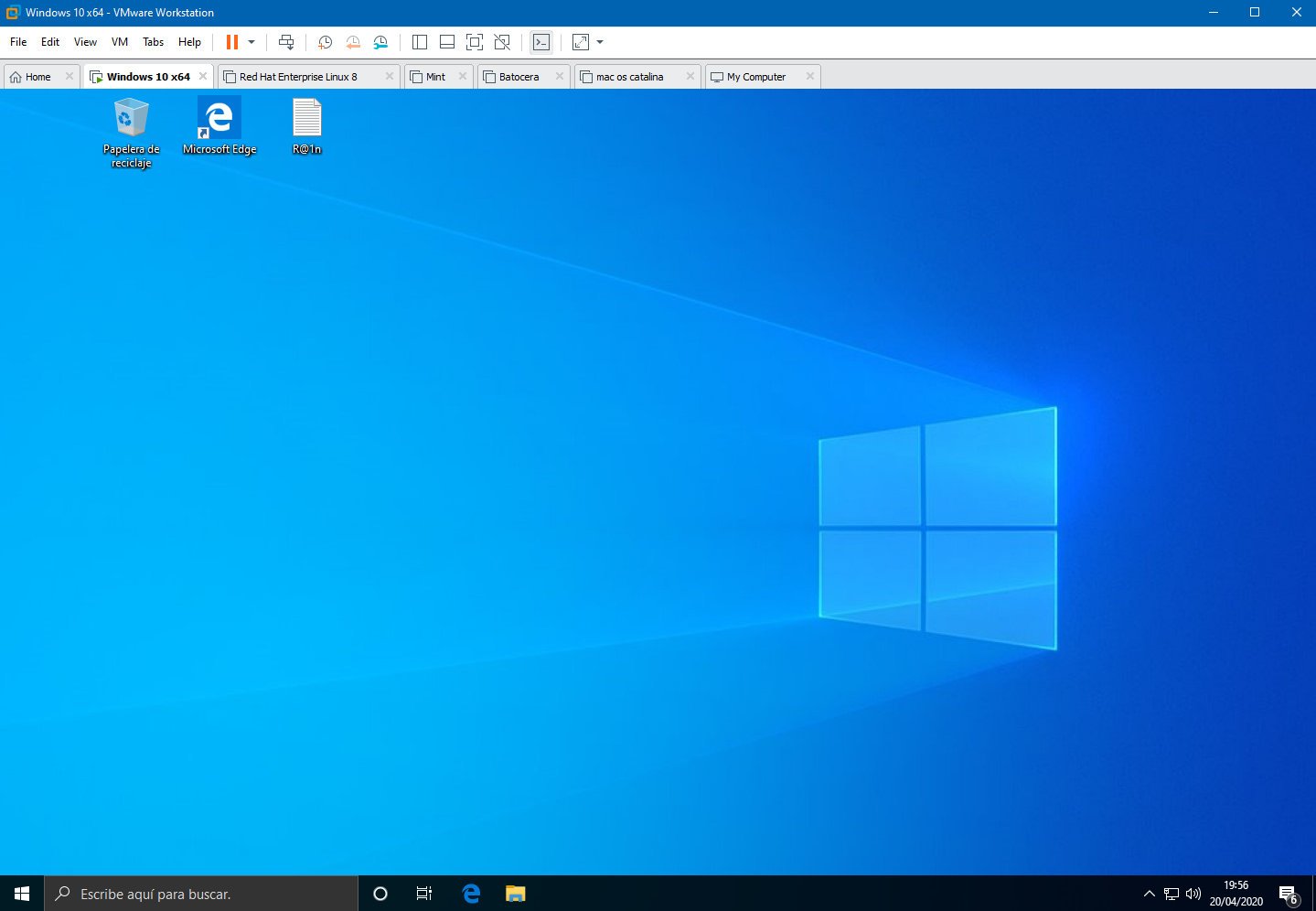 The stable version of the Windows 10 May 2020 general availability update should be released in the coming weeks. The version is free for computers with a valid Windows 10 license and is gradually being released to limit errors, update existing versions and manage applications, files and user data, as well as the corresponding ISO images for installations from scratch or updates in third teams.