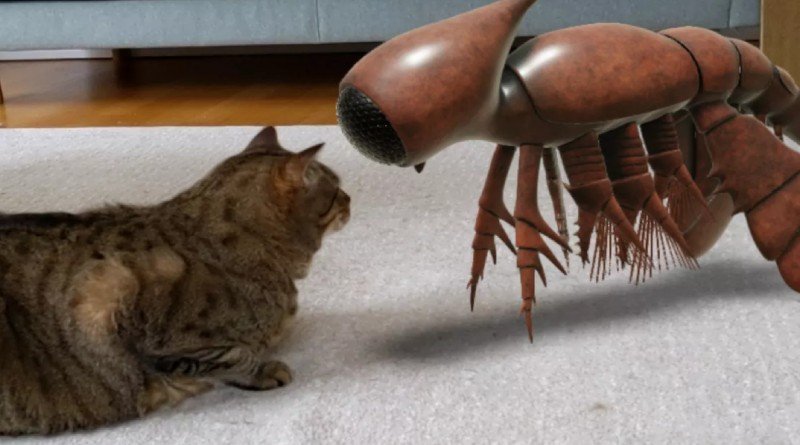 Augmented Reality enables us to see all kinds of things with our cell phones. In particular, Google shows its weak point in relation to nature through its augmented reality tools, which have previously been used to show insects, mammals and even dinosaurs on the cameras of our phones.

Thanks to the augmented reality of Google Arts & Culture, you can only see ancient creatures in our homes with the cell phone camera

Now all kinds of prehistoric animals come into augmented reality thanks to the Google Arts & Culture app, the application for all kinds of art that allows, among hundreds of other options, to convert any photo into a painting or to know which piece of art we want on. We care more about a selfie.

In this case, thanks to collaboration with institutions such as the Darwin State Museum From Moscow or the Natural History Museum in London we can see animals such as the 480 million year old aegirocassis or the cambropachycope, an ancient crustacean with compound eyes, on our screens.

So it’s a collection that focuses on animals that are much older than the dinosaurs already available, with a particular focus on the beings that lived in the primeval oceans and are much more unknown than the great reptiles of the past.

Prehistoric animals offered by Google Arts & Culture can be inserted into life-size photos and videos Users can compare their size with current animals. In addition to these prehistoric beings, Google Arts & Culture has added a collection of objects like the Apollo 11 lunar module or a sculpture of Lanzón, a god before the Incas.

Google Arts & Culture and its collections of objects and beings in augmented reality are available free of charge, both for devices that work with iOS and for devices that do so with Android.

Most common doubts when investing in cryptocurrencies [Vídeo]